From Virginia to Norway: A Suitcase and Stilettos 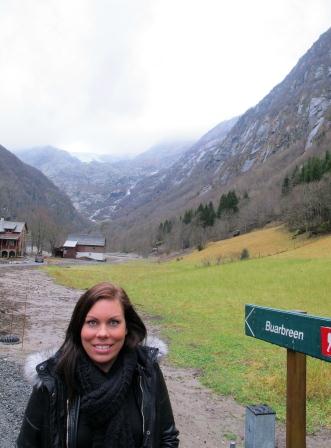 My name is Megan Starr…I am originally from Virginia but now live in beautiful Norway.  My Norwegian home is in just as much of an identity crisis as my American life was.  I spend my time in between Bergen and Oslo.  Two homes is better than one, right?

1. Why did you move abroad?
On a random July night in Las Vegas a couple years back I met a Norwegian boy.  Let's just say that not everything that happens in Vegas stays in Vegas. :)

2. How do you make a living?
Yikes.  Well, I have had a pretty lousy experience with the UDI (Norwegian immigration services department) and despite having quite a lot of education, I have not been able to obtain a work visa in the country just yet.  So…I spend my time freelancing.  UDI's solution to my problem?  "Just get married".  Oh the joys of being an expat!

3. How often do you communicate with home and how?
It is really quite inconsistent since there is a 6 hour time difference.  But I would say (thanks to Facebook), I am pretty up to speed on what is going on with my family and friends.  We try to Skype occasionally just to dish out the good gossip that is not always appropriate for Facebook!  They also read my blog, which gives them a general idea of what the heck I could be up to!

4. What's your favorite thing about being an expat in Norway?
I know this may sound quite pathetic…but the Norwegian strawberries and raspberries are OUT OF THIS WORLD.  Nothing compares.  But if we are talking on a larger scale…being an expat in Norway always keeps me on my toes.  I get bored pretty easily and I feel like there is always something to be learned.  Whether it be culture, language, how many types of 'sild' there are…I learn something new about the country everyday!

5. What’s the worst thing about being an expat in Norway?
The prices are quite high.  I know they say Norwegians make a nice salary in comparison to what they pay but I will never (with my line of work) make more in Norway than in the US.  And being unemployed in the country can sure make those prices seem even more daunting!  The weather also can leave something to be desired...

6. What do you miss most?
Choices!  Norway is a land of many monopolies and very little choice.  The grocery stores are extremely small and offer little variety.  While I think sometimes the US offers too much variety…I still like the option of a vanilla soda instead of a regular, or even my old produce section in the US.  I'd be lying if I didn't say I missed the heck out of some Mexican food too (does that mean I miss Mexico or the US?!)

7. What did you do to meet people and integrate in your new home?
Luckily for me, I have no problem meeting and introducing myself to people.  But Norwegians are a rather reserved society, so I understand that it can be troublesome to many expats or newbies to the country.  For me, I say to just show an interest in their culture, language, and food.  Norwegians really enjoy that if done in a sincere manner.  I think people that come to Norway as an expat and only hang out with other expats are doing themselves a huge disservice as they are missing such an important part of Norwegian culture…the people!

8. What custom/ habits do you find most strange about your adopted culture?
I feel like manners could be improved in the country (just the typical 'takk' for holding a door for someone or a polite 'unnskyld' when they bump into you and knock you into something).  I also think some of the food is a little strange.  But I try anything.  And while I think that eating fish in tomato paste on top of bread is weird, I have learned that other cultures find eating peanut butter and jelly equally as strange!

9. What is a myth about your adopted country?
It is covered in snow 365 days a year and reindeer are running all over the place.  This may or may not be true…just depends on where you live!  Oslo and Bergen, to many American's surprise, are totally habitable haha!

10. Is the cost of living higher or lower than the last country you lived in and how has that made a difference in your life?
Well….Norway is way more expensive.  Some jobs here receive a salary that is adjusted to the cost of living, but in the line of work I do (or would do if I was allowed to work there), I will make more in the US than in Norway.  So, it's all about learning to save and spend on the necessary.  Life in Norway is more about eating dinner at home and watching TV in the evenings where in the US it was more of a social scene.  Not an easy adjustment, but definitely not impossible, either! 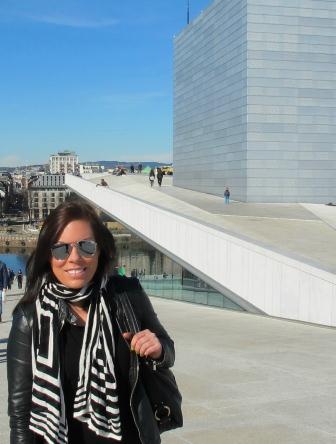 Don't be bothered by the petty!  Cultural differences are easy to take personal…but really if you can just chalk it up to being societal differences and not personal jabs…you'll be fine!  Living outside of your comfort zone is really when living begins!

12. When and why did you start your blog?
I used to blog quite a while back and stopped (around 2007)…and I just picked it back up in early 2011.  I began my blog as an outlet to everything corporate at my old US job.  Now I do it for fun and because of the relationships I build!  Right now I'm in Thailand with another Scandinavian expat blogger…who I met of course, through blogging!