From San Francisco to Brisbane: Pieces of Wendy 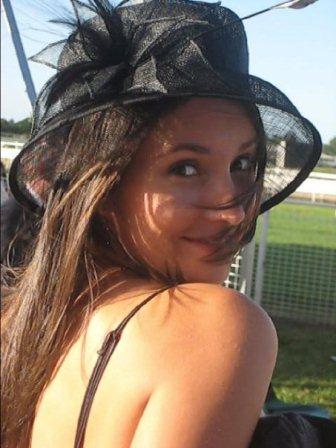 Originally from the San Francisco Bay Area, Wendy is a freelance writer and American expat living in Brisbane, Australia. She first moved down under in 2003 after a nasty case of the travel bug drove her to take a long break from college to explore Europe and then Australia. A number of years filled with umming and ahing over what to do with her life took her to various parts of Australia, including an extended stay in Tasmania. In 2006 she finally decided to study journalism and knuckled down with her nose in the books. She left Brisbane for Houston, Texas at the end of 2008 where she worked as a journalist and freelance writer. A couple years later she (and her Brisbane-born fiancé who dragged her to Houston in the first place) returned to Brisbane and is happy to be back––despite her hankering for a decently priced Cadillac margarita on the rocks!

1. Why did you move abroad?
It was never intentional. I never planned to actually ‘move’ here. I first came as a temporary tourist to visit friends I’d made while traveling Europe. I ended up staying and studying here after falling in love with the place and with certain people in it. The second time I came back was definitely an intentional move. My fiancé is from Brisbane, as are all his friends and family. As for me, having missed my friends and life here while living Texas, I was thrilled to move back.

2. How do you make a living?
Hmm. That’s an interesting question, which will have to be left unanswered for now. But for the sake of being a little less cryptic, suffice it to say I’m in the middle of working on a writing project I will undoubtedly be unveiling at a later date on my blog.

3. How often do you communicate with home and how?
Multiple times a week, mostly with my sister in Southern California. We use Skype on our phones, which has it ups and downs. Well, really only one up: it’s basically free. The downs include dropped calls and delays so bad I often answer a question she asked a full minute after she asked it, which makes for some hilariously tangled conversations. Another communication measure, which absolutely has to be mentioned, is What’s App, a free app that allows you to text for free. I use it to send and receive texts to family members and friends scattered across the U.S.

4. What's your favorite thing about being an expat in Brisbane?
I love the breezy lifestyle here. Brisbane isn’t New York. It isn’t San Francisco. But it doesn’t need to be. It’s just happy being Brisbane. People are friendly and really make time to enjoy themselves and life’s simple pleasures. The life/work balance here (and in Australia in general) is something to be admired and replicated. Plus, it's an absolutely beautiful part of the world.

5. What’s the worst thing about being an expat in Brisbane?
Being so incredibly far away from family.

6. What do you miss most?
Family tops the list again. Well that and decent Mexican food. But seriously, planning a wedding without any family even remotely nearby is utterly heart-wrenching.

7. What did you do to meet people and integrate in your new home?
I guess it doesn’t hurt that I’m marrying an Australian. With him came lots of new friends and an education in Australian culture. But in the many years before I met him I just made it a priority to explore Brisbane a lot and say yes when invited out with friends of friends. Eventually they became my friends too.

8. What custom/ habits do you find most strange about your adopted culture?
Butter on sandwiches. I don’t get it. Why would you put butter on a sandwich?

9. What is a myth about your adopted country?
That “throw a shrimp on the barbie” is something Australians actually say, when, in fact, they never ever do. (Except, of course, when pointing out that they never do to tourists, which means they say it a lot.) Americans say ‘shrimp’; Australians (and everyone else, I think) say ‘prawns’. Why Paul Hogan called them shrimp back 1984 is beyond me. The Australian people were not impressed. Just to be clear though, calling a barbecue a ‘barbie’ is absolutely true.

10. Is the cost of living higher or lower than the last country you lived in and how has that made a difference in your life?
That’s a tricky one. If you compare the price of a specific product here to one back home, it would invariably be cheaper in the US. But that’s not the whole story. Wages at the bottom are higher here. You also get much more paid leave. And other services, like higher education and healthcare are significantly less expensive. Clearly, there is much to be written about on this question. Perhaps a blog post is calling? As far as how the cost of living differences affect my life, let’s just say I miss terribly the deliciously authentic $1.50 carnitas tacos you can get from a local taco truck.

11. What advice would you give other expats?
Plan but don’t go overboard. Leave yourself open to spontaneous experiences. Research the place your going, but not too much or you’ll cheat yourself from all the wonderful surprises. Always keep an open mind. 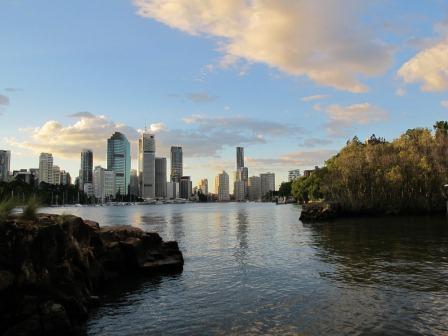 12. When and why did you start your blog?
I love to write, but after leaving my journalism job in Houston, I wasn’t writing as much as I was used to and I missed it terribly. So I decided to do something about it, paid or unpaid. My blog allows me to keep up my writing while dabbling in fun research, creative post ideas, cooking experiments and photography, all while giving people a glimpse of my life in Australia with the goal of entertaining them at the same time. I’m looking forward to seeing where it takes me!