Where Are My Sparklers?

You wake up and know this day is special, but no one else does. Making breakfast, brushing your teeth, going to work... all these ordinary acts when it's supposed to be a holiday. Don't you Germans know- 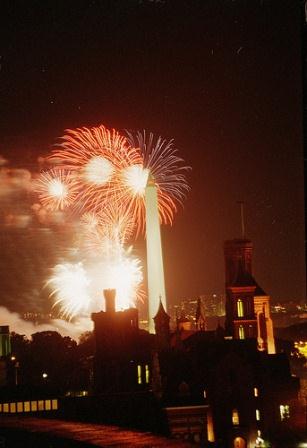 That is how this American felt this July 4th in Berlin. Displaced, out of sorts, and distinctly un-holiday. Such a strange moment to find the world is so much larger than your small corner. A good moment, really. It's positive to realize there is more to life than just what you know. Isn't that why we moved abroad?

But it does make you feel a bit seperate from the homeland. I've already discussed some of the difficulty of living abroad on holidays with "Living Abroad on Mother's Day". However, the 4th of July is quite different. This isn't a holiday at all in Germany - they have their own Nation Day. And inopportunely scheduled on a Wednesday this year, typical celebrations of grilling and fireworks were practically impossible. Clever expats, like My 3 Tartlets, simply re-scheduled Independence Day. 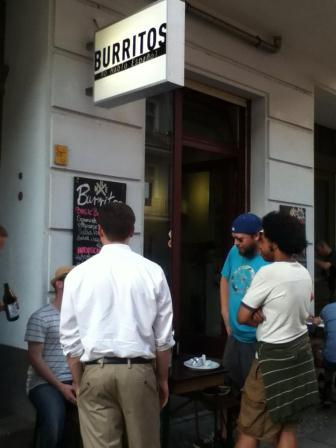 little group of Americans in Berlin took a different route, celebrating what we miss most about America - Mexican food. We tried out a hole-in-the wall Mexican place, talked about our lives now, and talked a bit about Ammmerrrica. American beer, American friendliness, American humor. It lacked the flash of our celebrations back "home", but it satisfied our need for a piece of the U.S. of A.

Other expats found different ways to celebrate. The Guardian reported on "Fourth of July for Americans Abroad":

If anything I'll probably just pop open a few beers (American, of course) and listen to oldies..."

Myself and my husband get together with another ex-pat friend of mine and her husband and do a little cookout. No fireworks, no singing of American patriotic ditties... just hanging out with friends..."

What did you do to celebrate? Fireworks, your adopted country's National Day or nothing at all?