From the USA to the Netherlands: Adventures in Expat Land 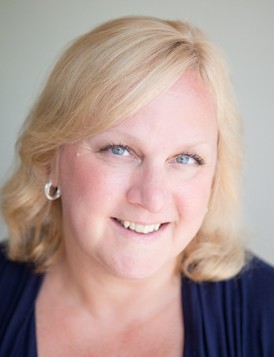 My name is Linda, I'm a writer and American from the East Coast living in the Netherlands. I'm married to an adult Third Culture Kid and have two teens, one of whom we now parent across timezones.  I write under the name Linda A Janssen not because of any pretension; it turns out Janssen is an extremely common name in Nederland so I kept my middle initial to help sort it out.

1. Why did you move abroad?
It was never a question of whether we'd move abroad but rather of when. Both my husband and I studied international relations and worked in the international arena for years. He grew up in Italy and England, and I lived in Mexico many years ago; we've always traveled extensively (dozens of countries across five continents) for work and pleasure, using the latter to introduce our children to the world and different cultures. My husband got a great opportunity to work for an international organization here in The Hague, and we jumped at the chance.

2. How do you make a living?
The first year here I decided to focus on getting our family settled in this new country and culture. My husband was busy getting established in a new job and our two teenaged children were making the transition into a new school. I took a couple intensive Dutch courses and figured out the lay of the land – figuratively, of course, since much of the Netherlands is flat and below sea level. I'd worked in national security and defense policy for most of my career, and had also worked in program and project management for a couple international non-profit organizations, but decided to make a complete career change and take up writing full-time. I do some freelancing work to help pay the bills, but also write a fair amount of articles and interviews gratis for print and online media to help others and to expand my author's platform. I contributed a chapter to the  Amazon #1 bestseller for Women & Business Turning Points: Twenty Five Inspiring Stories from Women Entrepreneurs Who Turned Their Lives and Their Careers Around (Summertime Publishing; 2011), and am finishing up my own book on the importance of emotional resilience in expat life to be published later this year. I'm a columnist and contributor at several websites, and I blog regularly. I also like to write short stories and I have a novel in the works. It's a juggling act but I wouldn't have it any other way.

3. How often do you communicate with home and how?
I keep in touch with most family members and friends on Facebook, occasionally on Skype. With my elderly parents it's usually email and weekly Skype sessions, although it's becoming more challenging as we deal with issues associated with aging. Being able to see and talk to people on Skype is such a positive development, and can make for some very nice conversations. Our son is now back in the US at university most of the year, so with him it's Facebook chat (never his wall so as not to cramp his style) and Skype. It can be a little tricky scheduling Skype sessions due to the time difference and the vagaries of a college student's lifestyle, but it's made parenting from afar easier. With some friends it's via Twitter or LinkedIn.

4. What's your favorite thing about being an expat in the Netherlands?
I'd say the slower pace of life; it's very family-focused as the Dutch truly enjoy their work-life balance. It's lovely here as well. When you see sun-dappled, tree-lined country lanes in the spring and autumn, ride the bike trails among the dunes and spend time on beautiful sandy beaches or at cafés far into the evening with the extended summer daylight, or behold the occasional snowfall framing canals and old brick buildings in the winter, it's perfection. The light is such that you can understand why the Dutch Masters such as Reubens, Rembrandt and Van Gogh loved to paint it.

5. What’s the worst thing about being an expat in the Netherlands?
It's a bit of a cliché to say the rainy, overcast weather and short days in late autumn to early spring, but there you have it. You get used to it, and if you put mind over matter ('if you don't mind, it doesn't matter), it isn't a big deal. Every now and then the Dutch bracing forthrightness can seem a bit harsh, but if you think of it as a cultural phenomenon and don't take it personally, it's not a problem. We all have our moments when we don't feel particularly enamored with our environment, but I can honestly say that there's nothing I'd label 'worst'.

6. What do you miss most?
Other than family and friends, not that much. As most expats will tell you, it isn't easy trying to help out with aging parents when so far away. I'd prefer the lower prices and range of selection and product choice in the US, but not the emphasis on rampant materialism. I think everyone goes through periods when you miss the ease and comfort of living in your own culture. And salad dressings.

7. What did you do to meet people and integrate in your new home?
The single biggest thing is to be open to opportunities to meet new people, whether you've just moved to a new country or have been there for years. We deliberately chose not to live in an expat enclave; we like living on our Dutch street with our Dutch neighbors. Learning a fair amount of Dutch (I'm what you'd call a perpetual intermediate) has helped as well. In the early days I attended several expat info and coffee meet-and-greet sessions. Over time the friends and acquaintances I've accumulated have come from many different parts of my life: work projects, taking some courses, a writing group or book club, joining an international professional women's organization, being a parent on the sidelines of my teens' activities, volunteering. I met the woman who became my best Dutch friend on the corner of a busy intersection when I was walking my dog and she was coming back from a lunchtime jog while preparing to run her first 5K. We became jogging/walking buddies, ran the race together, and built a strong friendship over time as we chatted away in English and Dutch.

8. What custom/ habits do you find most strange about your adopted culture?
I'll never get used to seeing someone dropping an entire fish down their throat at the local herring stands. Virtually the entire country stops to eat dinner precisely at 6:00 pm. Dutchies love drinking their milk and yogurt drinks and eating tons of vegetables, but those are healthy things and I'm impressed.

10. Is the cost of living higher or lower than the last country you lived in and how has that made a difference in your life?
It's roughly the same as when we lived in the Washington, DC area but higher than North Carolina where we last lived in the US. It's certainly easier/cheaper to travel to many countries, so our priority is travel.

11. What advice would you give other expats?
Make an effort to become involved in your community, not simply with other expats, and don't get complacent about it. Don't withdraw and try to replicate your previous life here. Take advantage of the wonderful cultural differences and activities available. 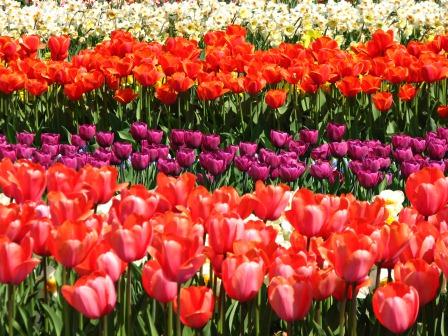 12. When and why did you start your blog?
I started Adventures in Expat Land back in November 2010 to share stories of making a new life overseas, explore issues of interest to expats and those living across cultures, and to write in a more personal manner than the other genres in which I usually write.


To be considered for an interview (as well as other articles), add your blog to BlogExpat!