From the UK to Portugal: Julie Dawn Fox 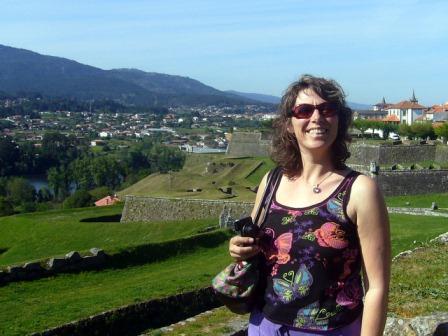 Hi, I’m Julie, originally from the UK but I’ve been living abroad for 10 years so I consider myself to be a serial expat. I’ve put down roots in Portugal and have been living here since 2007. I came here wanting to settle down and it wasn’t long before I had a husband, a dog and a house in the country so it’s all worked out quite well for me so far.

1. Why did you move abroad?
I developed a serious case of wanderlust during a 16-month backpacking trip in my late 20s. When I got back to the grey skies and expensive, irregular public transport services of the UK, I decided I needed to find a sunnier place to live. I hate being cold, getting up in the dark and sacrificing my days to long winter nights so I’ve never regretted leaving the UK.

2. How do you make a living?
Once I’d made my decision to move abroad, it took me a few years to get my degree, which I knew would be a requirement for most countries. Then I trained to teach English as a foreign language and I’ve been doing that for 10 years now.

After I qualified, I started working for language schools in and around Barcelona in Spain but after a couple of years, I got a job with the British Council, teaching English in Tanzania. I’ve been with the organization ever since and that’s what brought me to Portugal.

I usually teach in the afternoons and evenings in Coimbra, which means I don’t have to get up at the crack of dawn and I get to spend my mornings doing things I want to do.

3. How often do you communicate with home and how?
I use Skype to ring my family, or they ring me using deals from their phone providers every couple of weeks. I usually keep in touch with friends back home via email or Facebook but that tends to be sporadic. I go back at least once a year, usually around Christmas time, and try to catch up with my closest friends as well as immediate family.

4. What's your favorite thing about being an expat in Portugal?
The sunshine! Most of the time, there’s at least some blue sky and even though prolonged rainy spells can affect my mood, I know they won’t last for more than a few weeks. Even in the winter, the days are longer and warmer than in the UK, which makes me happy.

5. What’s the worst thing about being an expat in Portugal?
Not being able to strike up conversations with people easily or communicate effectively when there’s a problem. I know it’s a matter of time and effort to improve my Portuguese and I really want to get better at it because I know it will make my life easier but in the meantime, I’m frustrated by my language limitations.

6. What do you miss most?
The variety of food in UK restaurants and supermarkets. Portuguese people are very proud and fond of their cuisine to the extent that almost every restaurant has an identical menu. I get very excited when I go to big cities like Lisbon or Porto because there’s a chance I might get some interesting food.

7. What did you do to meet people and integrate in your new home?
Because I work with other English speakers in a language school, I quickly made some friends with some of my colleagues. Being an English teacher can be a blessing in that it often provides a ready-made social life. The downside is that it can be very insular and unless you make a real effort to get out and mix with other people, you don’t really integrate with either the wider expat community or local people.

I have to admit that although I live in a tiny village, I haven’t made much of an effort to make friends with our neighbours and neither has my husband. We are friendly and polite but prefer to keep ourselves to ourselves. I know this doesn’t go down well with the villagers but for me, it stems from the time I lived in a small village in Wales. I’m not keen on everyone knowing my business and I don’t want to get involved with village feuds and gossip. The language barrier doesn’t help, either.

8. What custom/ habits do you find most strange about your adopted culture?
I am totally baffled by how difficult it is to get anyone to give a quote for work that needs doing, whether it’s plumbing or new windows or whatever. It can take weeks of begging to pin someone down and get them to visit your house and even then, you have to pester them to give you the information you want.

9. What is a myth about your adopted country?
That the food is the best in the world. Some of it is very tasty but it can be a bit boring. There is more to life than salted cod, people.

10. Is the cost of living higher or lower than the last country you lived in and how has that made a difference in your life?
It’s difficult to say. When I lived in Venezuela, inflation was rocketing and hard to keep track of. At one point it reached 30%, I think. When I first arrived in Portugal, living costs were fairly cheap but over the last two to three years, petrol has almost doubled, taxes have gone through the roof and everything is very expensive. We have to be a lot more careful with our money these days and I wouldn’t say it’s much cheaper living here than in the UK anymore.

11. What advice would you give other expats?
Learn Portuguese. If you go to classes, you’ll meet fellow expats and hopefully make some friends. Even if you don’t, you’ll be better able to cope with difficult situations and social events. My husband has been living here for about eight years and can still barely string a sentence together, which infuriates me. Although it’s perfectly possible to get by in many situations without speaking Portuguese, I think it’s rude not to bother learning the language of the country you’re living in long term.

In the meantime, it’s worth looking into paying someone to interpret for you if you’re dealing with bureaucracy or contractors. It could save you a lot of time, tears and frustration.

12. When and why did you start your blog?
I started my blog a couple of years ago as an outlet for my forays into writing. It stumbled along in fits and starts in no particular direction until September last year when I decided to focus on writing about living and travelling in Portugal.

Nowadays, I aim to write at least one post a week and am working hard to build a strong following of readers. I really enjoy blogging and have been surprised at how easily I’ve met new people through doing it. There’s a 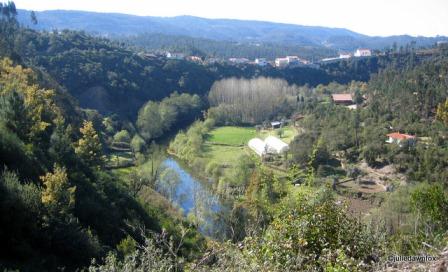 very supportive community online and I’ve even managed to meet up with a couple of other Portugal bloggers face to face.

Things really started to take off in January when I hit on the idea of writing a Personal A to Z of Portugal. Almost immediately, I had requests from other bloggers to join in and I’ve since set up a separate website to act as a hub for people doing A to Zs of the countries they live in and their interests (http://www.myatozchallenge.com/).

Lisbon Guide
To be considered for an interview (as well as other articles), add your blog to BlogExpat!
Category:
Interviews