One of the difficulties of living abroad is that you are not just starting a new life, you're also leaving a life behind. That includes cultural norms, friends, and - above all - family. I was once again reminded of my abandonment on the second Sunday of May, Mother's Day (as celebrated in the United States).

What to get my mom? What she wants - spending time with me - used to be the easiest gift. Now that this gift is unattainable, I need to get more creative.

I knew I would call, but that I couldn't make a visit happen. I've used the flower method before, but it's a bit traditional and I wanted to do something different. Looking over my bits of rag tag memorabilia, I came across postcards I had meant to frame. They were of the places I visited with my parents last October. We had taken a road trip from Budapest to Bratislava to Vienna and it was magic. From these humble beginnings, I had my gift. 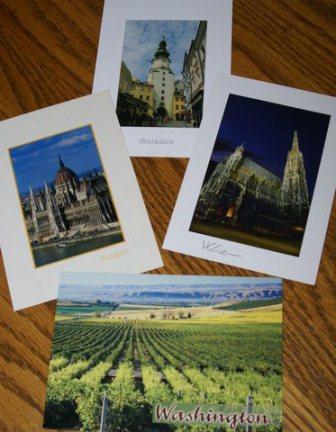 It did. Tears were involved. Success!

Interesting to see how the rest of the world celebrates. Full list of Mother's Day Celebrations around the world.

I got my own twist on tradition with Father's Day. In the United States, this is held on the third Sunday of June (June 17th this year). In Germany, the celebration is tied in with Ascension Day and is a public holiday. It is also known as Father's Day (Vatertag) or Men's Day (Maennertag, Herrentag).

As soon as I heard about "Men's Day", I knew it was going to be trouble. I was right. Many men celebrate by arranging group outings paired with outdoor activities, manly meals, and copious amounts of alcohol. My Mann decided to do the same. 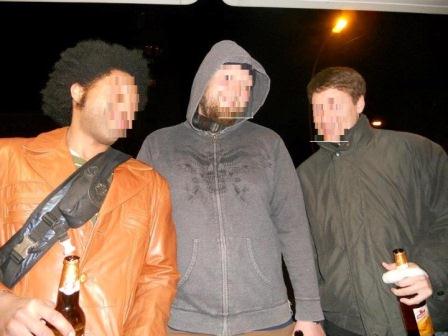 Guilty parties' identities have been concealed

A day of frolicking in the sun and biergartens of Berlin, he returned later that night drunk, but otherwise no worse for wear. Apparently, that marks a successful Maennertag.

What traditions and holidays have you found in your adopted country?