From the Netherlands to Moldova: Life in the Expat Lane 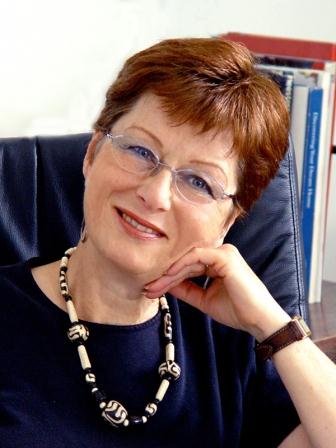 I am Miss Footloose, aka Karen van der Zee. I hail from the Netherlands and have lived in a number of foreign countries. Right now I live in Moldova, Eastern Europe.

1. Why did you move abroad?
Even as a child I was eager to see more of the world than cows, cheese and bicycles. I wanted to travel and see mountains! Palm trees! Wild animals! My first expat experience was as a foreign exchange student in the USA where I spent a year living with a family and going to high school. I saw mountains, but no palm trees and no wild animals beyond squirrels and such. (Even the boys behaved, with me).

Later I met my American husband-to-be in Amsterdam and the year after I followed him to Kenya, where I saw palm trees and wild animals, and where we got married in a bizarre 10 minute ceremony in which my not-yet-husband was instructed in the art of having two wives. Fortunately,so far no second wife.

This was only the beginning of my expat life. My husband is a development economist and after his Peace Corps time in Kenya, his career has taken us to Ghana (where we had our first child), Indonesia, Palestine, Ghana (again), Armenia, and now Moldova. I am what is often referred to as a “trailing spouse,” which my mate finds an insulting term, since he considers me “part of the team.”

2. How do you make a living?
I’m one of the lucky ones: I have a portable career as a writer. Over the years I have written 34 romance novels published by Harlequin Books as well as non-fiction articles about my (mis)adventures living abroad that have appeared in the Washington Post, two anthologies and various online sites. As long as I have my computer and an internet connection, I am good to go wherever.

3. How often do you communicate with home and how?
I communicate whenever the spirit moves me with family and friends via email and Skype. In the early days of our expat life we used snail mail which took weeks to arrive sometimes. In the places we were living then, international phone calls were a project in themselves to set up.

4. What's your favorite thing about being an expat in Moldova?
Being an expat in Moldova is easy. That is my own experience, of course, as compared to other places I’ve lived. The people are friendly, the supermarkets are good (although the supply of fresh vegetables in the winter could be improved), the language (Romanian) is a roman language and uses the “regular” alphabet. Trust me, this is not nothing when shopping and checking out labels and reading things in general. And let’s not forget the wine! Excellent local wine!

Now when it comes to being an expat in general, what I like the most is getting to know more about a new country and culture and meeting interesting people from all over the world in the expat community.

5. What’s the worst thing about being an expat in Moldova?
Strange as it may seem, I can’t think of what is worst, or even bad about being an expat in Moldova. There are frustrations and annoyances, but that’s part of expat life everywhere and not worth mentioning here. What I might have liked perhaps is a larger expat community. This is a small country and not terribly exotic and exciting as compared to other foreign countries, but that does not make it bad.

6. What do you miss most?
I think what I miss most is being part of a community of friends and family with whom I have a long history. To have roots in a place, so to speak. Which is rather contradictory to loving the traveling life. No matter how much you like expat life, it is always difficult to be packing up again, leaving friends behind, or saying goodbye to friends and know you may never see them again. It’s the downside of “serial” expat life in my opinion.

7. What did you do to meet people and integrate in your new home?
First thing I always do is find the International Women’s Club or Association, which exists in many foreign countries. They’re usually online, so it’s easy. This immediately sets you up with a “support” group for getting to know the swing of things in your new country and of course to make friends. Usually members include locals who’ve had foreign experiences and speak English, so it is also a good way to make friends with the local people, which is important. Here in Moldova there is also a Yahoo group for local expats.

After making these connections I joined a book club, or a lunch club or a what-ever club that is offered. Another fun club is the Hash House Harriers, which is a running club with a drinking problem, or a drinking club with a running problem. It’s a club with a long expat history and found all over world. Members are locals as well as expats.

8. What custom/ habits do you find most strange about your adopted culture?
As a serial expat you don’t really “adopt” a culture because you don’t settle in one foreign country for life. I haven’t found anything I’d call “strange” about the Moldovan culture. Moldova is in Europe, so it’s not particularly alien or exotic to me, as are Africa and the Far East.  In Indonesia, for example, I had to get use to a new way of thinking about “logic.” I had a car accident caused by a motorcyclist. It was witnessed and recorded by the police as the cyclist fault. After which I was asked to give the motocycle guy some money so he could fix his bike. The logic here being that I had money, and he did not.  And because I was a foreigner I shouldn’t really have been there, and if I hadn’t been, the accident would not have happened. So it was explained to me.

9. What is a myth about your adopted country?
The myth about Moldova is that it is not. People often wonder if Moldova really exists, if it is just a name from an old myth or fairy tale. So allow me to inform you here: Moldova is a real country. It’s a former Soviet Republic, now an independent republic with a population of about 4 million. It is a bit larger in size than Belgium and is nestled cozily in between Ukraine and Romania. The official language is Romanian (also called Moldovan) and many people speak Russian. The capital is Chisinau (pronounced Keeshinau – more or less).


10. Is the cost of living higher or lower than the last country you lived in and how has that made a difference in your life?
Before moving to Moldova, I lived in the US for three years, and before that in Armenia for six years. The cost of living in Moldova is similar to what I remember it to be in Armenia, but it really depends on your lifestyle. It can be lower than the US if you live and eat "on the local economy."

As in many capital cities, there are two housing markets here, and the one for expats is very pricy. Rents for expat housing are high by American standards (and again, that depends on location).

Also, buying imported foods can run up the grocery bills. I'm a bit of a foodie and love - for instance - French, Italian and Dutch cheeses, and I am lucky to be able to get them here, but they're expensive. There is plenty of local cheese, which is good too, so you don't have to do without if you don't want to buy the imported varieties.

Public transportation in Chisinau, the capital, is excellent and cheap, and although a car is nice, it is not essential.

11. What advice would you give other expats?
I could write pages, of course, which I will spare you. In short:  Have a sense of humor. Be open-minded and non-judgmental. Don’t take yourself too seriously. You are a guest in this foreign country, behave like one. When it comes to the practicalities: Do your research! It’s all there on the web.

12. When and why did you start your blog?
I started my blog three years ago as a way to connect with other expat writers and people who enjoy reading expat stories. I have a book full of tales of my (mis)adventures and am looking for an agent or publisher.