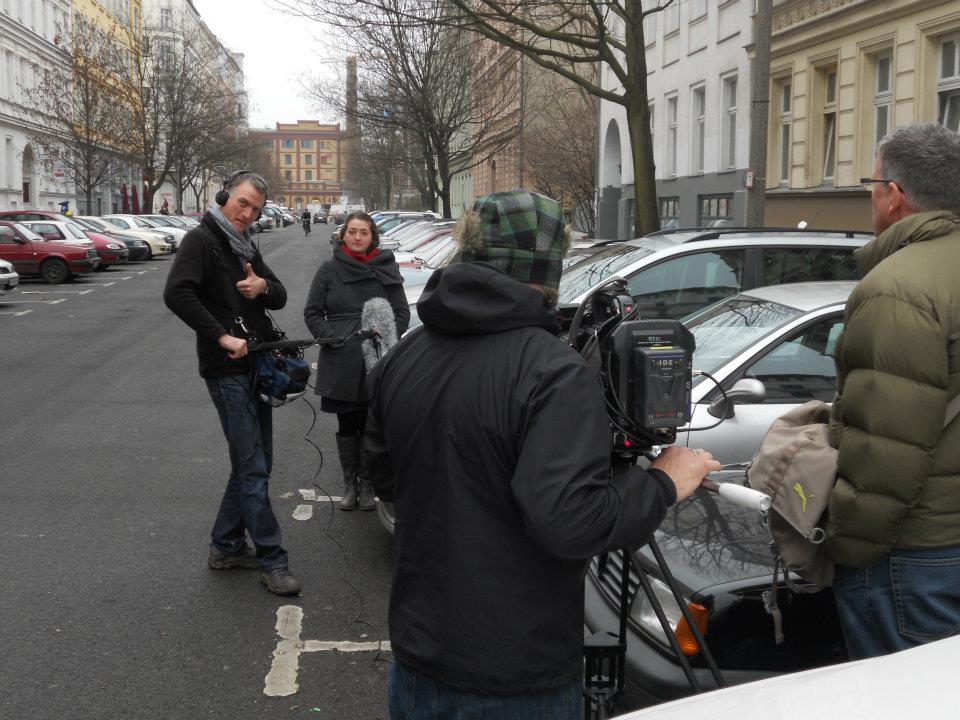 You may not have heard of us yet, but that's just because "our show" hasn't aired yet. Our show? Just a little American show called House Hunters International. The show is a spin-off of the popular US based "House Hunters" and is apparently huge. Acquaintances, friends, and family have all told us "They LOVE that show!". Each episode features an expat that is looking to make their home abroad. It follows along in their search to find a new home and examines the issues of a foreign housing market, differences in lifestyles, and the challenge of leaving all you know behind....all in 30 minutes.

We had been contacted to be on the show through our blog and were at first unsure if we qualified. Though we were preparing for a house search, we were not buying a house (just renting), and were only prepared for our next cheapo Berlin sublet - NOT the luxury vacation homes we had seen on the show. Our producer explained the process and told us none of these issues were a problem. The show is a great look into the moving abroad process, but it is not 100% reality.

For die-hard fans that don't want to know the TRUTH, stop reading now.

House Hunters have actually already found a home and the show finds comparable properties for them to "view". The filming takes place over 3 days, covering the space you now live in, other properties, area shots, decision scene, and 1 full day filming a back story in the place you are moving from. I understand some fans feel betrayed that the show doesn't cover an actual house hunt, but I don't see how they could do it any other way. Finding a place within a concise amount of time with a film crew docume 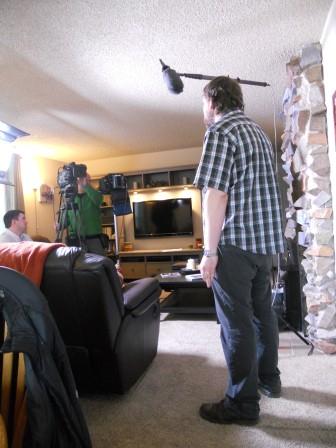 nting the search is a tall order.

We were excited that we fell within the criteria and even happier the filming included a day filming your "back story". The honorarium helped us book a flight home to Seattle to do the filming and see our friends and family. It had been about 1.5 years and the fmaily was getting grumpy. Win/win!

After a hectic house search, we found a place! We signed numerous releases and contracts and shooting began. A whirlwind shoot in Berlin with a brilliant British crew was both awkward, thrilling, and an utterly bizarre look into the world of reality TV. We knew there were going to be moments we looked like fools and we felt it, answering the same questions over and over in different settings with different phrasing. We flew home and completed our last day of shooting in Seattle in a supremely surreal "Going Away Party" in which we saw some of our friends and family for the first time in over a year. Strange.

We're nervous about the results (especially since the show airs unseen by us), but all and all - it was fun! We did something we never thought we'd have the chance to participate in and chronicled a part of our lives that has been both trying and rewarding. Let's hope we're ready for our close-up.

More about our the experience: Back to Berlin on House Hunters International

We are not alone in getting the chance to flaunt our whimsy in moving abroad. Expat interviewees,

have also been on the show. It is open to English speakers of any nationality and the show airs 5 nights a week so expats are in demand.

Find out about casting here.

Epsiodes are sadly not available outside of the US at this point, but some  episodes can be watched on Youtube. Here is a teaser for the show: