From South Africa to Tokyo: Rurousha 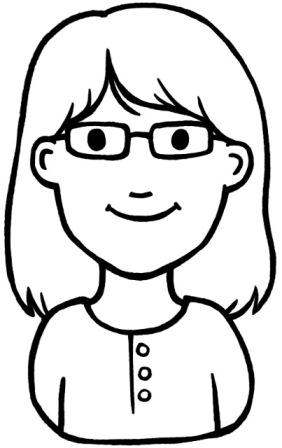 I refer to myself as Rurousha, a Japanese word that means nomad or wanderer. I'm from Stellenbosch, South Africa; I now live in Tokyo, Japan.

1. Why did you move abroad?
Ten years ago I was a career woman who'd never considered a committed relationship or relocation to another country. Then a mutual friend introduced me to a Japanese man … and that caused havoc in my life. I fell in love with him, stalked him halfway around the world and then fell in love with his country.

2. How do you make a living?
I teach English at university and at a conversation school. I have a Master's degree in linguistics and have always worked with language – as journalist, editor and publisher – so the transition to teacher has been easy and fun.

3. How often do you communicate with home and how?
I call my mother on Skype once a week; I email my friends regularly.

4. What's your favorite thing about being an expat in Tokyo?
Life in your own country is life on auto-pilot. When you move to a very different culture, you have to control your flight yourself. I agree with Donald Richie, who's written extensively about Japan and its culture: "I do not see how a foreigner can live here and construct that shroud of inattention, which in the land from whence he came is his natural right and his natural tomb."

I also enjoy Tokyo's safety. Other foreigners have stories about stolen purses and random knife attacks, but I'd like to remind them, very gently, that I come from a country that according to UNODC has the highest murder rate in the world. Compared to that, Tokyo is heaven.

5. What’s the worst thing about being an expat in Tokyo?
I have no serious complaints. If you forced me at gunpoint (see point 4 above) to answer that, I'd say coping with reckless cyclists. Cyclists use sidewalks in Japan, not roads. It gives me the heebie-jeebies.

6. What do you miss most?
Space. Whole wheat bread. South African humour.

7. What did you do to meet people and integrate in your new home?
The Hero (as I call the man who caused it all) was a great support. I also met women at work, both colleagues and students, who became my friends and acted as my cultural guides. Finally, I was fortunate to be drawn into a small but supportive group of people, both South African and Japanese, who've lived in both countries and could help me to adjust.

8. What custom/ habits do you find most strange about your adopted culture?
Not so serious: The odd (50% endearing, 50% irritating) belief that no other country has four seasons.

Serious: Japan's gender apartheid. Men and women lead separate lives, and there seems to be little overlap in their responsibilities at work and at home. Japan was ranked 98th out of the 135 countries covered by the World Economic Forum's Global Gender Gap Report 2011. I could've added this under "the worst thing about being an expat in Tokyo", but as a foreign woman it doesn't affect me personally. It just puzzles me.

9. What is a myth about your adopted country?
"Japan is weird." Huh-uh. Weirdness is in the eye of the beholder.

10. What advice would you give other expats?
You have to adapt to them; they don't have to adapt to you. (That's what I tell myself every time a cyclist comes barreling at top speed around a blind corner.)

11. When and why did you start your blog?
I started it in February 2011, mainly to tell my long-suffering friends yet another story about Japan.

I also write it as an admittedly very small counter-balance to all the "Japan is wacky" blogs. 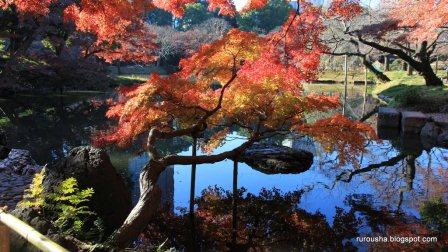 12.  How has the blog been beneficial?
About a month after I started my blog, Japan was hit by that massive earthquake that tilted the earth on its axis. My blog became my most important communication channel with friends scattered all over the globe.

Nowadays my blog gets me out there (must take more photos!), it's introduced me to some very interesting fellow bloggers and it serves as a personal record that I could re-read in my dotage.

Tokyo Guide
To be considered for an interview (as well as other articles), add your blog to BlogExpat!