From Chicago to Seville: Sunshine and Siestas 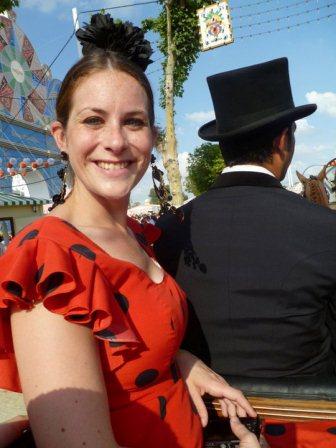 My name is Cat, and I’m a Chicago transplant to Southern Spain. I live in Seville, the capital of the region most synonymous with Spain – land of olive oil, flamenco and bullfighting.

1. Why did you move abroad?
I chose to move to Spain right after finishing college. I packed up 44 kilos of my life in America, including tokens of life on the other side of the “puddle” and hit the road with a dozen blank passport pages. I had studied abroad in Spain in 2005 and was dying to go back and siesta for another year. Assuming I’d live abroad for only a year, I chose to escape Chicago winters by going as far south as I could and just celebrated my fourth anniversary living in Europe’s frying pan.
2. How do you make a living?
Many of my Spanish friends call me a buscavidas – someone who looks to make a living any way possible. I teach at a bilingual elementary school as my day job, giving lots of different subjects in English, as well as updating guidebooks, tutoring and doing odd jobs like translations and articles as they come. All the extra cash flow means more tapas or more trips!

3. How often do you communicate with home and how?
Now that my sister and I are both out of the house, my parents are hard to catch with all of their new social plans! I try and talk with my family once a week over Skype, but resort to email when I can’t catch them. Same with friends – all of my 20something-aged friends are busy with their own lives, so talking on Skype with the seven-hour difference between Spain and Chicago can be tricky. I check my email every morning before I go to work, just as my loved ones back home are heading to bed! Additionally, I stockpile stationary when I’m home. Spaniards don’t give greeting cards, but I love to send them!

4. What's your favorite thing about being an expat in Seville?
There are very few things I don’t like about my life here, so picking out my favorite aspect of expat life is tough. What I do love is the sevillano manera de ser – their form of living and being. The people here socialize in the street like it’s their living room, so the streets are lively. Sevillanos are also gregarious and larger-than-life.

5. What’s the worst thing about being an expat in Seville?
Apart from the normal missing my family, the weather here is the opposite of Chicago – unbearably hot five months of the year and damp during the winter months. The late Autumn and early Spring are lovely, and the best times to visit, too.

6. What do you miss most?
I’ve learned to cope with missing a lot of things, or have learned to substitute them (and I have Starbucks when I’m feeling really homesick). Apart from missing family, friends and my dog, Morgan, I miss Hawkeye Football, downtown Chicago at Christmastime, a reliable postal service and Portillo’s hotdogs.

7. What did you do to meet people and integrate in your new home?
The first few weeks away were really hard; I was trying to learn a language, establish myself, start a new job and make friends. Luckily, I came with a program to teach and was able to meet other North Americans who lived here, too. Really, it all came down to attitude – I treated my life in Spain like my life in America. I joined a gym, Couchsurfed and took a flamenco class. Thankfully, the people in Seville are open to foreigners, and there’s a large Erasmus crowd here, so I have a really great group of international friends.

8. What custom/ habits do you find most strange about your adopted culture?
When I got hit by a car a few years back, I stopped considering things in Spain strange! Everything from their delicacies to their customs can be interesting, but my visitors often complain about the lack of napkins in bars, the meal times (I eat dinner at 11pm!) or their devotion to the Holy Family. During Easter, sevillanos parade around life-sized statues of Jesus and the Virgin mother wearing tunics and hates that resemble the KKK. Pretty creepy.

9. What is a myth about your adopted country?
Spain is a multi-faceted country with many different regions, so nearly everything you think you know about Spain is a bit skewed. Not everyone dances flamenco and not everyone eats jamón (though they should – it’s the best!). There are plenty of immigrants who don’t practice Catholicism (and Spaniards alike) and tacos are swearwords, not food. But what they say about Spanish wine, Latin lovers and the Duchess of Alba is almost always true!

10. What advice would you give other expats?
Making the leap to live in Spain isn’t as great as living in Asia or the Middle East because both cultures are occidental. That said, it’s still important to be open to the differences that exist in both. Being mindful of what’s important to

And read! I did a lot of research before leaving for Spain by simply checking out books in my local library. It prepared me for everything from knowing how to apply for a residence card to looking for an apartment. I felt like I hit the ground running when I got here!

11. When and why did you start your blog?
I studied journalism in college, so my idea was to use my blog as a starting point for a possible book. What intended to be a way to record my thoughts and share them with those back home has grown unexpectedly, and it’s now a great way for me to network and help others learn about life in Spain. 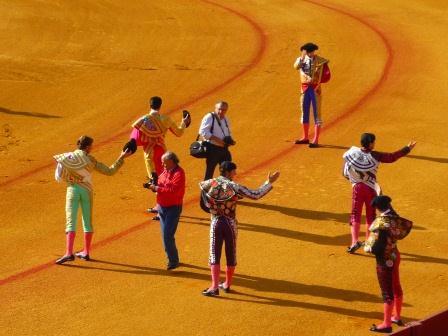 12. How has the blog been beneficial?
My blog covers everything to my vida cotidiana – everyday life - to my observations on larger themes in Spanish culture to advice on moving and living abroad. It’s kind of a strange mix, but it’s led to friendships and an interesting way to reflect on my time here.

Barcelona Guide
To be considered for an interview (as well as other articles), add your blog to BlogExpat!

More articles
Hike in tuition fees for EU students in the UK post-Brexit
Following Brexit, the UK government has formally established that students from the European Union (EU), European ...
Is it the end of an era for studying abroad?
In the past year, universities across the globe have tried to adapt to the new situation caused by the coronavirus ...
Summer camps in Geneva with Collège du Léman, the real taste of holidays
The opportunities continue even at the end of the school year at Collège du Léman! Indeed, the school offers summer ...
Filing taxes for US expat
Filing your annual tax returns comes around for every US expat as sure as the seasons change. However, the process may ...