From Greenwich to Beijing: You're Not From Around Here, Are You? 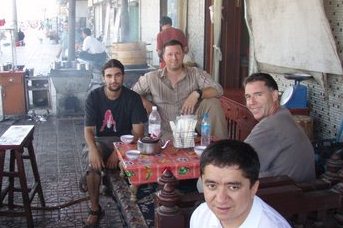 I’m Steve, originally from Greenwich, London but now living in Beijing. We’re currently considering a move south to Chengdu for the winter.

1. Why did you move abroad?
I worked for a bank straight from University. Throughout my twenties holidays and free time were in short supply, so in 2006 I took a sabbatical to travel across Central Asia and loved it. I returned to my old job just in time to take the blame for the financial crisis, and took voluntary redundancy a few months later.

After doing some volunteer work building houses in Costa Rica, I headed south to Latin America. On Christmas Eve in Venezuela I met a Chinese girl travelling alone and we hit it off. We climbed mountains and sailed down the Amazon to the Rio Carnival together, then went our separate ways in Argentina. We met up a few months later in Beijing, and I’m still here.

2. How do you make a living?
I’m retained in China as a consultant, helping Chinese companies adapt their products for the foreign markets. The work tends to be in short, intense bursts, but I can pick and choose when I work, leaving me plenty of time to explore China and beyond.

3. How often do you communicate with home and how?
It’s getting easier every day thanks to the prevalence of social media. Skype enables cheap phone calls to family and Facebook keeps me up to date with what friends are doing. Having a blog, it’s also quite odd when I meet people and they seem reasonably up to date with what I’ve been doing.

4. What's your favourite thing about being an expat in Beijing?
A sudden appreciation of quite how easy life is in the UK. There are very few issues with freedom of expression, freedom of movement at home and especially abroad. As an example, with a British passport I can decide to go somewhere like Peru tomorrow – my partner has to plan 5 months in advance to ensure she can meet all the requirements for a visa.

It’s also wonderful discovering the tremendous variety of foods on offer in China. In the UK (and US) we’re fed mostly Cantonese food as generic Chinese dishes. Each province has dishes based on their location and local beliefs, and living in the capital we’re given the opportunity to try the best of each of these. We’ve also got access to fresh and healthy foods from across Asia, and a decent selection of Western restaurants.

Food is also a great social tool here. Unlike at home where everyone is served their own plate of food, in China most meals are communal. Everyone works together to have an enjoyable meal. It’s a quick and fun way to get to know new people.

5. What’s the worst thing about being an expat in Beijing?
The pollution. A lot of government experts deny it exists, but they tend to in the suburbs live far outside the city. I live on the 12th floor of a central apartment block and when the pollution is really bad I can barely see the ground outside through the thick yellow clouds.

6. What do you miss most?
I think the anonymity – I can walk round most places in Europe or the Americas and just go about my business, but here I stick out entirely. The better I become at Mandarin the more I realise there are so often people watching and commenting loudly on my every move.

7. What did you do to meet people and integrate in your new home?
Moving here with my girlfriend brought a ready-made set of Chinese friends, which has been great fun as they’ve introduced me to all sorts of activities and destinations that might otherwise have taken months or even years to discover.

As a result I’ve done a poor job of meeting many expat friends. I’ve attended a few expat events, but most seem to revolve around business networking or drinking as much as possible. Recently I’ve been attending language and cookery courses, which are better for actually getting to know people.

8. What custom/ habits do you find most strange about your adopted culture?
After a year or so I didn’t think it was so much different, until I went back to London and realised how much I’d changed! There are quite a few strange habits in China, but it’s both good and worrying how quickly I’ve become accustomed to so many of them.

There are a lot of bodily functions on display, from spitting and coughing over everything, to kids using the street as a toilet. Like the rest of the population I’ve learnt to just ignore this entirely.

It may be related to having had a job where I was trying to improve processes on a daily basis, but the one thing in China that never fails to amaze me is the inefficiency. No matter what I’m trying to do it never seems to be quick and simple compared to the UK. Dealing with government departments is the worst, but a simple example is supermarkets. Customers are just treated as an inconvenience that tends to make the place look untidy whilst dozens of staff mill about promoting products through loudhailers or blocking aisles completely while stocking shelves. A Saturday trip to a busy Carrefour or Ikea is one of the more soul destroying afternoons out.

One thing I do like is the current lack of frivolous litigation. In China we’re completely unhindered by health and safety regulations – if you don’t look where you’re going and fall over, it’s your own silly fault and you can’t sue someone.

9. What is a myth about your adopted country?
The first thing to strike visitors to China’s cities is just how large and modern they are. Some still think that we’re all still rushing about in rickshaws and conical hats.

10. What advice would you give other expats?
It may not be suitable advice for everyone, but if you really want to get to know a country, get away from the other expats. For example, Beijing is huge, but the expats are concentrated in a few small areas. These are filled with Western restaurant chains, with English speaking staff. I love these for a break but prefer to potter about in the more local areas. Recent polls in a Beijing expat magazine suggested some expats order pizza 3 times a week, rather than go out and enjoy the local cuisine.

11. When and why did you start your blog?
I started it back in 2006 during my sabbatical. I travelled round Southern Africa, Asia and India, often away from any reliable phones or internet, so keeping in touch with home was difficult.

The blog was a more attractive and permanent version of sending long group emails home. On the odd occasion when we reached a large city I took the opportunity of uploading a bunch of posts just to let people know I was still alive and what I’d been doing.

So far it’s covered over 80 countries, including circuits of India and South America, was well as volunteering through Central America. Now I’m in China it’s evolved from a travelogue to an expat blog documenting my attempts to better understand day-to-day life in China.

12.  How has the blog been beneficial?
It’s been a great way to get in touch with other expats as well as native Beijingers. For 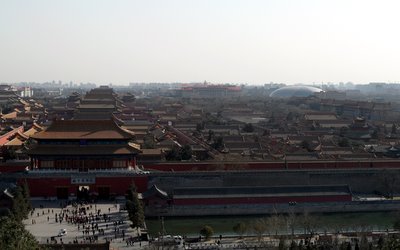 example, writing a short story about a trip to the doctors or the bank often results in a few great ideas in the comments about better places to use, or home grown solutions. Additionally, whilst travelling about in China people have written in with suggestions of some lesser known places to visit.

Similarly it gives a chance to pay it forward, by passing on knowledge such as a great place to buy foreign food items, or some interesting day trips out of town.

Even if nobody else read it, it would just be the modern alternative to keeping a diary.

Steve's blog,  You're Not From Around Here, Are You?

More articles
The 2021 World Happiness Report
For the fourth consecutive year, Finland is crown the best country to live in, according to the World Happiness Report. ...
How the pandemic boosted virtual meeting platforms
The pandemic caused a lot of people to stay at home including students taking online classes and workers who were forced ...
From the US to France: Dabbling in Jet Lag
My name is Jen Ciesielski. I’m originally from the US, and I’ve lived in quite a few places over the years. But now, ...
Vaccine Rollout for Expats
The vaccine rollout is gathering momentum all over the world as countries scramble to inoculate all their citizens in a ...