From Kansas to Johannesburg: Joburg Expat 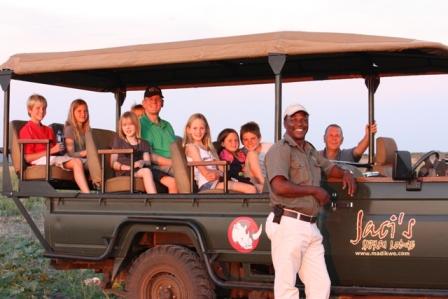 I’m Sine, also known as Joburg Expat among my fellow expats and bloggers in Johannesburg, and I moved from Kansas to South Africa last year together with my husband and four children, where I’ve learned to look forward to “This is Africa” moments every day because they give me such great writing material.


1. Why did you move abroad?
My kids ask this question all the time. They think the answer is that we just like to be cruel parents, though I suspect that if we announced we’re moving back tomorrow, some of them would be seriously disappointed. If I said the real answer is my husband’s job, that wouldn’t tell the entire story. There are so many other good things about living in South Africa for our family.

2. How do you make a living?
The Vodacom people wanted to know the same thing when I was applying for my cellphone and I had to admit that my husband supports me (if you don’t count the $30 I’ve so far earned via Amazon Associates with my blog).

3. How often do you communicate with home and how?
I’ll come right out and admit that I have yet to use Skype. Yes, I write a blog but still live in the last century. My excuse is that our internet was capped at 5 gigabytes for the longest time, so the regular phone was actually cheaper, but since no one else still communicates with a regular phone I mostly focus on writing my blog and the occasional Facebook post.

4. What's your favorite thing about being an expat in Johannesburg?
The weather. The sun shines every day of the year. When it does rain for a whole day about once every 2 years, no one knows what to do with themselves.

5. What’s the worst thing about being an expat in Johannesburg?
Traffic.

6. What do you miss most?
Water fountains, free ice water, baseball (even the Royals), an abundance of power outlets in every room without the need for any adapter plugs, the tiniest bit of humidity, turning on a red light, cheerful and efficient customer service reps, hawker-free intersections, the Starbucks drive-thru, Amazon.com, the public library, the U.S. Postal Service, Comedy Central, our friends back home, not necessarily in that order.

7. What did you do to meet people and integrate in your new home?
If you have four kids, you have to do absolutely nothing other than the things you typically do signing them up for activities, figuring out where to go, and showing up for sports events and soirees at school. We’ve made wonderful new friends here, South African and expat alike, and I’ve also met some people through my blog.

8. What custom/ habits do you find most strange about your adopted culture?
The need for three different expressions for the concept of “now,” none of which, by the way, actually mean “now” in the way I’ve so foolishly come to expect in my previous life.

9. What is a myth about your adopted country?
That it’s the most dangerous place in the world and that moving here is akin to signing your own death sentence. I won’t say it’s the safest place in the world either, but which place is? Plus, there are so many other things South Africa has going for it, it would be foolish to just make everything hinge on that one criteria.

10. What advice would you give other expats?
Read my blog. I love to give advice. 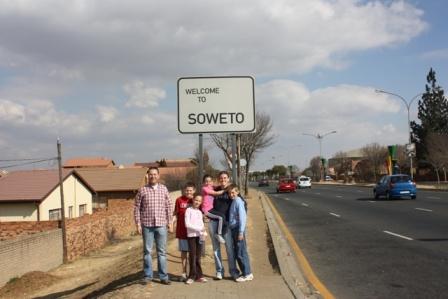 I started it in April of 2010, shortly after moving here (but not as shortly as I liked because getting my internet connection took weeks), as a way to give others the information about South Africa I so desperately sought when the subject of moving first came up, and, frankly, as an outlet for a lot of pent-up frustration. I always say the beauty of writing is that the crappiest situations make the best stories.

12.  How has the blog been beneficial?
I think it’s helped quite a few people make a better informed decision about moving here, but more importantly, writing my stories makes me feel good.