The Roots of Occupy Wall Street and Impact on Expats 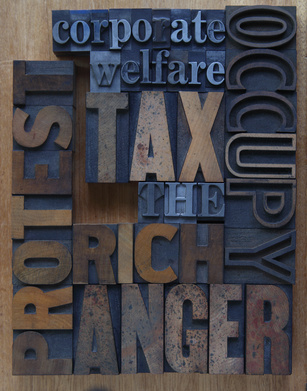 The "Occupy Wall Street" movement made headlines in the USA after it started on September 17, 2011 in Zuccotti Park in the Wall Street financial district. An ongoing series of demonstrations against social and economic inequality, corporate greed, corruption and influence over government from the financial services sector and lobbyists, the movement has spawned a nickname (OWS), a website (http://occupywallst.org/), a twitter feed, and growing support around the world.

The theme of "We are the 99 percent" refers to the difference in wealth in the U.S. between the wealthiest 1 percent and the rest of the population. This sentiment is not unique to America in light of the worldwide economic crisis. Triggered by the collapse of the U.S. housing bubble in 2007, this led to questions regarding bank solvency and declines in credit availability. Economies worldwide slowed during this period as credit tightened and international trade declined.

By mid-2011, frustration had given way to anger. The Canadian-based group Adbusters Media Foundation proposed a peaceful occupation of Wall Street. A broad list of grievances against corporations was drawn up which has been criticized for being vague about what exact demands and changes are necessary. Immediate interest in the story increased as followers did not leave, but grew. Demonstrators expanded to include celebrity guest speakers from the likes of Michael Moore, Susan Sarandon, Radiohead, and Kanye West.

We have now entered November, and many people are surprised the protests have continued, even some of the protesters. Now there are protests across the States in 70 major cities and over 600 communities. It has also spread internationally to around 900 cities worldwide.

Despite these well publicized demonstrations, there were movements before "Occupy Wall Street" that helped to form it.

The 15-M Movement, also known as the Indignants movement or Los indignatos (The Outraged), is a series of ongoing demonstrations that preceded the protests in New York. It's origins can be traced to several social media networks, including Real Democracy NOW (Democracia Real YA). Protests began on May 15th, 2011 in 58 Spanish cities. The protesters demanded radical change in a call to effect change through direct democracy. According to statistics published by Spain's RTVE, between 6.5 and 8 million Spaniards participated in the protests.

This Spanish manifestation was not the first precursor. There have been connections between the current protests and the protests in the Middle East and North Africa, Greece, Portugal (Geração à rasca movement) and the Icelandic protest and riots in 2009. There are even connections to some of the greatest revolutions of all time, such as the 1968 French uprising.

Stephane Hessel's Indignez-vous! (~40 pages) was published in France in 2010 and has sold nearly 1.5 million copies just in France. It has been translated into numerous other languages, including the extremely popular English translation, Time for Outrage!. This pamphlet illustrates the connection between the spirit of revolution and how it motivates citizens of all nations.

Support isn't only from locals. Many expats have participated in the movement in their new cities. There are also expats that wish to support the movement in their hometown. There is a community page off of the main Facebook group for that is dedicated to "Expats for Occupy Wall Street". There are also more specific movements with expat meet-ups happening in places like:

with an event calendar for meetups everywhere.

Wherever you are, if you are looking for a revolution, it's there.