From Stockholm to Lebanon: Stockholm-Beirut 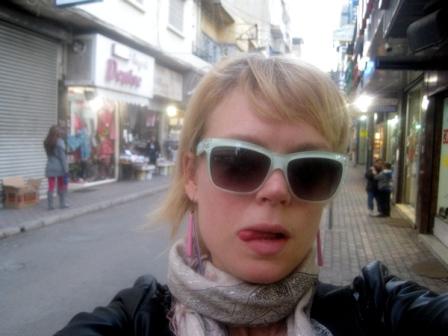 My name is Helena and I come from the land of snow (Sweden) and I live currently in the land of sun (Lebanon).

1. Why did you move abroad?
Beirut have been a childhood dream for me since I was seven, and when I turned 30 I realized it was time to stop dreaming and start living. So I moved to Beirut.

2. How do you make a living?
I make my living as a freelance TV producer and journalist and as such I work all over the Middle East and on occasion also in Sweden. My base is in Beirut.

What I’ve learned over the years is that you do not get “the job done” the same way in the Middle East as you do in Northern Europe. I still haven’t figured it out completely but it seems like all the things that matters in Sweden doesn’t matter at all in the Middle East; like time, schedules, agreements, payments and contracts. But still, somehow, it is working.

And the general attitude in Arabia is often “I do the job because I want to, when I want to, the way I want to”. And I’ve actually come to accept and love that attitude, because, let’s face it; there are things that actually might be more important than work; driving auntie to the dentist, going to the beach, spending time with the family, etc.

3. How often do you communicate with home and how?
Since Lebanon has the slowest and most expensive internet as well as the highest phone rates ever known to man, my parents call me every Sunday and between that we email and chat a lot. I try to avoid Skype since the slow internet connection makes it a rather annoying experience. I fly home at least once a year to catch up with friends and family as well.

4. What's your favorite thing about being an expat in Beirut?
When I’m in Beirut I feel alive and I feel free. It is a city where you can do (almost) whatever you want), it is filled with many contrasts and lot of curious and friendly people.

Also, the country is pretty small, so as a newcomer you will get the hang of it in no time. The weather is amazing, and most importantly; the Lebanese loves to live. And that is very contagious.

5. What’s the worst thing about being an expat in Beirut?
Too much expats.

And the fact that the Lebanese loves to speak English or French so it takes a lot to learn Arabic / Lebanese.

6. What do you miss most?
Swedish forest and nature. (The Lebanese THINK they have wild nature but really, they don’t. Compared to Sweden the Lebanese forests are like parks... )

7. What did you do to meet people and integrate in your new home?
I had a beer at Torino (a small pub in Beirut) and then I took it from there.

8. What custom/ habits do you find most strange about your adopted culture?
The fact that it’s more than OK to comment on someone’s appearance in a negative way. For example; Wow, you should really not use blue eye shadow, it’s ugly on you. Or; Jeez, you really got fat. You should start a diet. ( When I get pissed off they get offended and say “Sorry for trying to help you look your best” )

9. What is a myth about your adopted country?
That there is always war. That it is a dangerous place.

10. What advice would you give other expats?
Stop comparing things with your homeland. See things for what they are NOW, accept them and live accordingly. And also; to really understand and become part of another culture takes time. Accept that and enjoy the ride.

11. When and why did you start your blog?
I stared it approximately 2 years ago because I was tired of hearing the same comments and 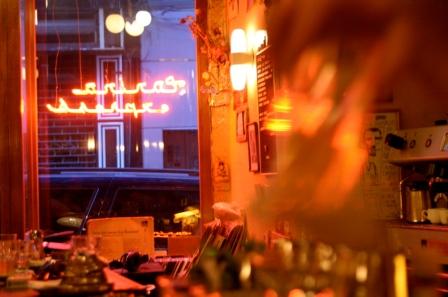 questions about Lebanon and my decision to move there, over and over again. How dangerous is it? Do you wear a flak jacket and helmet ALL the time? Do you live in a real house? Do you have to wear a veil? Can you drink alcohol? Are there camels? Questions that seems pretty ridiculous when you know the truth. So I decided to write about it.

12.  How has the blog been beneficial?
A lot of my friends now know the answer to the above questions so I guess; Yes.