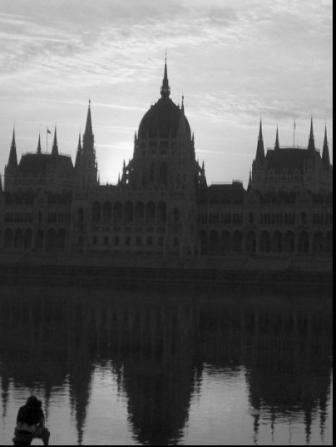 My moniker, Big White Barbie, barely makes a lick of sense these days, but I've grown so fond of it over the years that I can't bring myself to drop it. Before moving to Moscow in early 2011, I taught in South Korea for two and a half years, where the Big White Barbie blog was born. After doing hard time in Korea, I completed a CELTA certification in Hungary and then taught for a semester at a university in Japan. I teach English and sometimes do other things, very few of them notable.

1. Why did you move abroad?
I originally moved abroad just to get away for a year and figure some things out. I had spent most of the previous two years working a dead end tech-support job, and was in desperate need of a new direction. I knew several people that had gone to South Korea and spoke well of the experience, so I finally decided to take the plunge in the fall of 2007. What was only intended to be a 12-month excursion before getting back on the real-life track, has somehow resulted in a new career.

2. How do you make a living?
I manage an English language institute in Moscow. Before this, I was a teacher of English as a foreign language. While not the most lucrative of professions, I find it to be most rewarding. I've worked in a slew of other industries, but this is the only one where I've actually felt good on my walk to work 95% of the time. I primarily teach adult learners at this point in my career, as I decided after my first year teaching that I don't have the patience for other people's children. Being around them for too long of a stretch does terrible things to my ulcers.

3. How often do you communicate with home and how?
I commute with home via email, facebook, and Skype. I used to make an effort to do this every week, but the longer I live abroad, the less frequent the exchanges become. I make an effort to visit home at least once a year, but the timing can be a bit tricky. For some reason, I've never been able to coordinate a trip with spring or fall, and thus spend my vacations either trekking through snow or gagging up summer smog. Relaxing.

4. What's your favorite thing about being an expat in Moscow?
I love the architecture; Before coming here I had read that Moscow was very drab and dark, but I love every inch of it. It feels authentic. Additionally, people here can be blunt to a point well beyond rudeness, and certainly don't suffer fools lightly, but it's such a contrast to Canadian faux politeness that I can't help but enjoy it a little bit.

5. What’s the worst thing about being an expat in Moscow?
Moscow is a great city for foreign men from the West, but significantly less so for foreign women. I don't believe that this is because of there being an abundance of attractive local women (although yes, those exist), but because we simply don't fit in to the fairly rigid gender roles which still exist here. That being said, both male and female expats will struggle with things such as language, the occasional terrible service in a restaurant, and other such things. That, and all the dead bodies that I keep coming across. One per month seems to be the rate, which is a bit more than I'm used to.

6. What do you miss most?
Personal space. While there was even less of this in South Korea and Japan, there is still far more of it in Canada than in Moscow. I'd like it if people didn't stand hip to hip with me on the escalator or breath on my neck as we wait for the subway unless it's absolutely necessary, but that's probably asking too much.

7. What did you do to meet people and integrate in your new home?
Thankfully, I work for quite a large company, so I've made a number of friends through work. Also, I teach adults, and there are no rules against fraternizing with them. When I feel the itch to make some connections that are completely detached from the work place, I dig around online, to places like expatforums.ru, in the hopes of finding people in my area. Also, I hear that the Canadian Embassy frequently runs different events for Canadians living in Moscow. I haven't sought out this opportunity yet, but it's nice to know it's there for when I have some time to take advantage of it! It definitely requires a little more effort to make friends in Moscow than it did in South Korea, but it can be done.

8. What custom/ habits do you find most strange about your adopted culture?
People wearing the same outfit for two or three days in a row doesn't really seem to be considered much of a hygiene issue here. That's taken some getting used to. Also, I think I'm going to force feed actually delicious food to the next Russian woman that tells me her favorite food is lettuce. That, and the whole personal space thing which I mentioned earlier. Finally, I still haven't gotten used to seeing the police officers demand ID from every other ethnic minority that walks by; I'm not sure that this is something that I ever really want to feel comfortable with.

9. What is a myth about your adopted country?
Russian people are not actually all cold, unhelpful, and rude. I've found that the majority of people who I make the effort to speak my terrible brand of broken Russian to are extremely helpful. I frequent a couple of local cafes where I get exceptional service, and my Russian students are mostly delightful. There are certainly some people that insist on being a stereotype but for the most part, Russians are people, too.

11. When and why did you start your blog?
I started the blog when I moved to South Korea in October 2007. It was an easy way to keep everybody at home in the loop, without actually having to put in the effort of updating everybody individually. Also, it was a good outlet to vent about the day to day things that didn't make sense to me.

12.  How has the blog been beneficial? 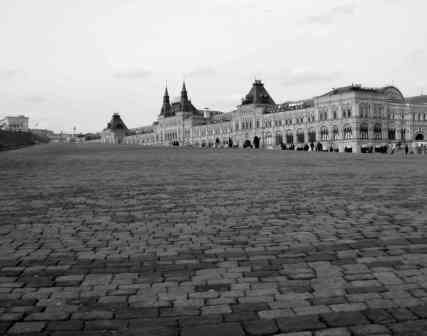 I created the blog strictly for selfish purposes, as people usually do. I was quite surprised to find that some people who stumbled up on it not only found it useful in their preparations for arriving in South Korea, but thought that what I had to say was valuable enough that they actually kept reading it. I've never really considered myself to be an exceptional writer, and still can't believe it when I get the odd email or comment from somebody who apparently thinks that I am, or a message from a website such as this one that is interested in hearing more about my perspective on things. Also, I certainly never expected to make friends through people contacting me on the blog, but I have. Now I can't even imagine how different my experiences abroad would have been had I not started the blog.