From New York City to Rome: Burnt by the Tuscan Sun 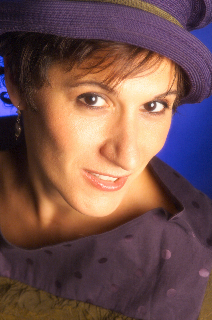 1. Why did you move abroad?
As an Italian-American, I travelled to Italy as a child and again through college.  I always wanted to live there.  So, I made my career in NYC out of New Business Development – working with Italy and in 1992 a Company from my hometown (Metro Detroit) sent me to run their subsidiary in Milan.  Since then, I’ve changed jobs but have always stayed abroad.

2. How do you make a living?
In 1997, I became the Country Manager of an American multi-national and introduced audioguides to Italy’s finest museums.  Since 2005, I have been on my own, developing audioguides, apps, podcasts, videos and bilingual books for my own Company, Art&Media Communications and Corporate clients.  We offer Artineraries Downloadable Tours www.touringtracks.com and are now working on apps to visit Italy’s most phenomenal places.

3. How often do you communicate with home and how?
I communicate with someone from home (I have 8 nieces & nephews in the USA) almost daily.  Usually through Facebook and phone calls & skype calls when my internet connection lets us do video, too.

4. What's your favorite thing about being an expat in Italy?
I think there’s a strange ‘halo effect’ of being an American abroad (except, maybe, in France!).  I like how the expat group frequents each other, joins groups & associations, finds multi-cultural friends, and is sort of in a standout crowd.  They once did a study that showed people who moved abroad were probably a bit daft, so…maybe that’s the basis for our bonding.
You meet more and different people on a daily basis than you would at home (which I consider New York City) – and that’s always a huge plus in my life.

5. What’s the worst thing about being an expat in Italy?
Truly speaking the language like you do your mother tongue.  Although I understand most everything and work, naturally, in Italian, I always manage to sound like a 3 yr. old whenever I open my mouth.  That, and no recourse for crummy service – pretty much everywhere.

6. What do you miss most?
American-style homes – and regal bathrooms for that matter – even in Brooklyn I had a brownstone, and not a day goes by (generally when I’m in my cramped shower stall), when I don’t think of it.

7. What custom/habits do you find most strange about your adopted culture?
As I state in my (soon-to-be-released) book, Burnt by the Tuscan Sun, I find the Italians’ fear of the three basic life-sustaining elements - Water, Fire & Air - pretty outrageous. They slam windows shut at the first mild breeze, don’t think you should leave the house in 99 degree heat with wet hair, and set the country on fire each summer with their cigarettes. It seems to me that the elements are good for pasta, bad for anything else.

8. What is a myth about your adopted country?
Sunny Italy.  When I first got to Milan, it rained for 72 days straight (I counted).  And while the weather’s infinitely better in Rome, there’s a reason they say, “Rome--Four seasons in a day!”.

9. What advice would you give other expats?
If you don’t want to end up back home with your tail between your legs, come over with a company or be seriously flexible on your next career trajectory – you will most likely be doing something very different than what you set out to do in the first place.

10. When and why did you start your blog?
After ‘Under the Tuscan Sun’ came out, I decided that this idea constantly being bandied about of Italy’s unbridled ‘Quality of Life’ had to be challenged.  If Quality of Life is based on fantabulous food, stunning scenery, and weekend trips and long holidays, well then, Italy wins hands down.  But, I think Quality of Life has to do more with getting your mail, not standing in line, getting internet connections under 4 months, websites that actually work, and having some sort of recourse when you want to return something defective, get ripped off, or worse.  Thus Burnt by the Tuscan Sun was born, under my nom de plume, France 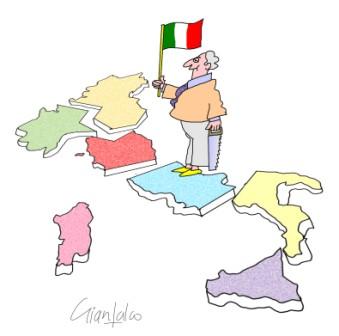 The blog is totally cathartic.  I’m sure I won’t have a heart attack by 50 just because of it.  Additionally, I like hearing from people, I like that people think it’s funny, and the connections I’ve made with other bloggers, sites and people going about their business here.

Some side benefits include being asked to work on other blogs, like Berlitz Publishing’s Up Your Bottom! and other initiatives as a result.  I like being the Voice of Real Italy – even if that makes me (in my totally egotistical world of one), the Andy Rooney (of 60 minutes fame) of that lot. 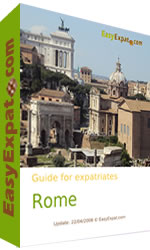