From South Africa to Korea: Claudia and Oliver’s Korean Adventures 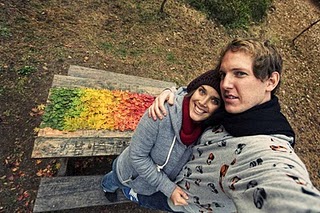 I am Claudia and Oliver is my boyfriend. We have been dating since November 2004.

1. Why did you move abroad?
I had been nagging and nagging at Oliver, telling him that I needed to get out see the world. At the time Oliver was working as a photographer at a car magazine (a fantastic job which made him reluctant to leave) and I had just finished my honours at University (which made ever fibre of my body want to leave). I applied for an international scholarship and the day I didn’t get it I was devastated. I marched up to Oliver, who was busily working on photos and merely told him that I was going to teach English in Korea or work as a UN Volunteer and I hoped he would come with me. Without waiting for a response I turned my heels in the other direction and went to sulk. After about fifteen minutes, Oliver slinked into the room and with a smile on his face said “let’s do it” and that is how one of our most amazing journeys ever began!

2. How do you make a living (working? Tell us about your experience)?
We teach!! Heaven help those kids. Turns out you don’t need too much to teach English, just a degree, patience, no criminal record, and a zest for life!

We both work at Hagwons (which are private English academies). We work at different hagwons but teach the same age group (between 6 to 14). Our classes are small, generally 3-10 students, and our working hours are a bit strange starting at 14:00 and ending at 20:00.
But you can’t really call what we are doing “work” it more fun than anything. It doesn’t require too much from us and we get to do fun things with kids.

We have both had wonderful experiences and when we leave in a month I think both of us are going to come home with red eyes and headaches from crying while saying goodbye to our kids, even the ones that manage to grate us!

3. How often do you communicate with home and how?
We are quite independent of home and touch base about once or twice a month via email. We are seven hours ahead of SA which makes Skype difficult because when we get home all our friends and family are at work. Phoning is just too expensive so emails are the best bet!!

4. What's your favorite thing about being an expat in Korea?
Where to begin? I have been waiting for the “honeymoon period” to ware off but it hasn’t. We are just as in love with Korea now as we were when we first arrived.

First up, would have to be food. Man, Korea has some amazing dishes and it is spicy and often drenched in garlic and salt! Yum!!! Don’t let this fool you into thinking their food is unhealthy. Quite the contrary, Korean cuisine is very healthy, fresh and often has no preservatives. To list a few favourites: Dakgalbi, Haejan guk, Samgyeopsal, Neagmyeon, mandu, and the list goes on and on and on and ON!

We also love the fact that Korea is soooooooooooo safe!!! Coming from South Africa (which is pretty dangerous with regards to crime) Korea is so refreshing. We walk around at night without a fear in mind. I love walking and I love that there is no crime here. It’s incredible!!!

I better cap my list of favourites otherwise you might be reading for a while. Other things we love include the smorgasbord of festivals in Korea, its awesome mountains, Kimchi, Its incredible cities namely Seoul and Busan, the cultural side of the country which can best be viewed at places like Gyeongu, the randomness of Korea, and the friendliness of the people we have encountered! To list a few….

5. What’s the worst thing about being an expat in Korea?
Initially not being able to communicate was difficult but learning Hangul was easier and once we got the knack of it things improved almost immediately.

Spitting, I hate the spitting. It’s something I thought I would get used to but I haven’t. The fact that spit litters sidewalks bothers me.

6. What do you miss most?
From South Africa?
For me personally its meat….I miss big, fat, juicy steaks that are cooked to perfection and don’t cost an arm and a leg! MEAT!! Yum!

As for Oliver, Oliver misses driving. Driving is one of his favourite things to do and spending a year without a beloved car to rev and shift gears in has been difficult for him. What’s more is Korea doesn’t have a big selection of cars that Oliver get’s excited about. He misses salivating over four wheeled beauties.

Oh, and the sunsets….South Africa has incredible sunsets!!!

7. What custom/ habits do you find most strange about your adopted culture?
Strange? Um, nothing immediately comes to mind. For me, I guess it would be the fear of getting something wrong and that everything has to be done in a specific way. I’m not used to that, I’m used to the sentiment of learning from your mistakes. Kids love their erasers, often before you have corrected them their erasers are up and they are ready to take out their answer before they know whether its wrong. Not sure why this strikes me as strange but I think it does say something about the society as a whole.

A custom that is different, but by no means strange, is the hard working ethic they have in Korea. It is amazing how hard Koreans work (young and old). Work is done efficiently and without complaint. This is also something we are not used to in SA. It’s wonderful!

Oh wait, fan death, yes, fan death, a common myth in Korea is something we find strange. We have met several, very intelligent Koreans, who firmly believe in the myth of fan death. Odd!

8. What is a myth about your adopted country?
When friends and family heard that we were heading to South Korea one of the first questions that came up was “Is it safe?” Many people seem to think that South Korea is in a state of war which technically it is due to no ceasefire being signed but in actual fact the country doesn’t seem to operate in a “conflict” manner at all. Other than the odd spat between north and south everything seems to operate “normally” and safely.

Other myths like women being incredibly beautiful, Koreans being unbelievably smart, and their food being amazing are all true!

9. What advice would you give other expats?
Learn to read before you get here. It will literally take you two days to learn the alphabet which is all phonetic, once you know how to read your life immediately becomes easier.
Come knowing that you are different and that you will be started at, have a thick skin and don’t be too quick to judge. Korean people are kind and extremely willing to help if you give them the chance.

Travel!!! See the country whenever you have a chance, they have a comprehensive train and bus network which makes getting around easy! It really does have some hidden gems!!

10. When and why did you start your blog?
As many blogs, it started as a way to keep in touch with home, a space to share our new world with close friends and family. But with Oliver’s fantastic photography and my semi-obsessive tendencies it morphed into more than that. We have been rated by Go Overseas as one of the best blogs in Korea and we were also recognised as an international blog in The South African Blog Awards. We are very proud of our little blog and can’t believe how it has grown! 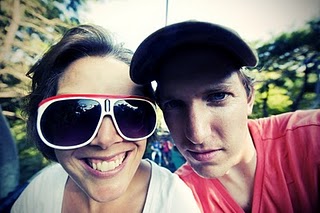 I am officially addicted; blogging has shown me a new way to express myself and to share our awesome stories. So much so that I have already started a blog for our backpacking trip around South East Asia (Oliver and Claudia’s Backpacking Adventure) and this won’t be the end of our adventures so there are likely to be even more blogs, all of which can be and will be found under our centralised blog (Claudia and Oliver’s Adventures). 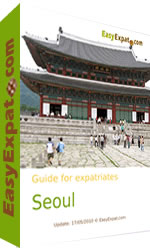 To find out more about being an expat in Seoul, South Korea