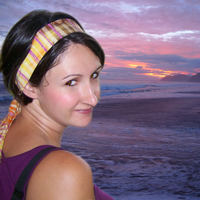 I’m Erin from the United States - South Carolina to be specific, and no, we don’t all still live on plantations. I have been living in Costa Rica for a year now.

1. Why did you move abroad?
I moved to Costa Rica for a boy! Exactly what us girls are taught NOT to do. What can I say? I’ve always been a rebel…well, a dorky rebel.


2. How do you make a living ?
I make a living hustling. When I first got to Costa Rica, I learned Spanish and then immediately started applying to a variety of companies, open to accept any kind of work. While I was being rejected left and right, a potential call center employer discovered my blog and offered me a position directing a popular online newspaper. I eagerly accepted and while the work is not lucrative, it pays the bills and is a ton of fun. To make some extra mad money on the side, I do a variety of odd jobs: writing, designing, consulting, and translating.

3. How often do you communicate with home and how?
I stay in touch with family and friends mostly through facebook. For some reason, they were adamantly opposed to Skype (too “difficult” – definitely user error), so I recently got magicjack and a US phone # - it’s been working like a charm. I don’t really communicate that often, though – maybe once a month.

4. What's your favorite thing about being an expat in Costa Rica?
Being a native English speaker has given me the upper edge in my career – I skipped several steps, going from graphic designer and copy writer to Editor in Chief!

5. What’s the worst thing about being an expat in in Costa Rica?
Finding friends here who value some of the same things I do, like healthy eating and exercise.

6. What do you miss most?
Not having to wait in lines for everything and tennis courts on every street corner.

7. What custom/ habits do you find most strange about your adopted culture?
Having to drop everything and cook big meals for anyone who stops by our house or for anyone who is hired to do some work in our house. It’s so confusing to me to take a half day off of work to cook a huge extravagant lunch for the woman hired to clean our house or the contractor hired to repair the latest disaster. We also help her clean or him repair. The culture here is very friendly and helpful and time does NOT equal money. Still trying to grasp the idea of that concept.

8. What is a myth about your adopted country?
I’ve heard countless people refer to Costa Rica as being a third world country. The original definition of third world died out with the cold war and you can’t just sling that word around anymore. Costa Rica is developed in some parts and developing or underdeveloped in others. I blogged about this: Common Misconceptions About Costa Rica

9. What advice would you give other expats?
When you first move abroad, look for other expats to become friends with. I didn’t do this, thinking that it was selling out or something – but the reality is that it would have made the transition a hell of a lot easier. But at the same time, also make friends with people from the new culture you are living in – this is an opportunity to grow!

Sell all your stuff before you move. I put my stuff in storage thinking I would be back the States in a year. Ha. 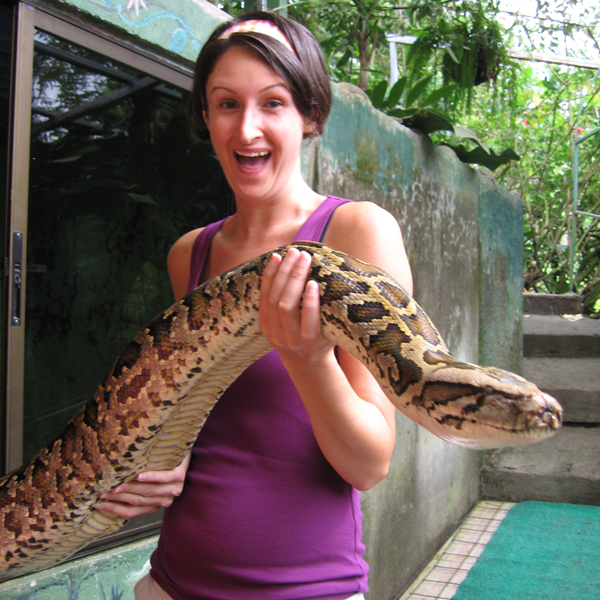 I started the blog to keep a diary of my adventures a month after I moved, then later thought I should have started it beforehand because the procedure leading up to moving and exporting my dog was wrought with drama and definitely blog worthy.

It has been a fun project for Julio and I to look back on and reminisce. It led to several odd jobs (yay money), and it has attracted an amazing group of traveling bloggers who I really look up to.