The news is hard to avoid, even if you want to. Prince William and Kate Middleton are getting married. Every aspect of the wedding is being broadcast to every corner of the world. Some British expats feel the pull back to lady England, while some expats in London would like nothing better than to never hear the words "royal" and "wedding" in the same sentence again. 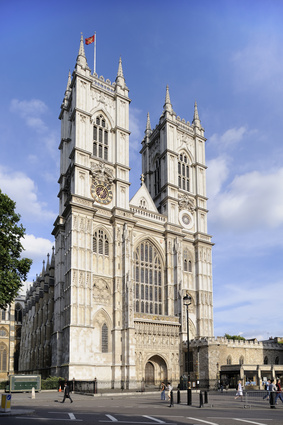 The wedding is taking place at Westminster Abbey at 11:00 on April 29th, 2011. And in case of some miracle in which you have somehow missed every detail of the wedding, here is the schedule for the day.

If you need more than a vague outline of the day, have we got the website for you. The official Royal Wedding 2011 website is up. There is info on the wedding route, the palace and the history. They are also hinting about more exclusive content and a wedding live-stream. If you simply can't wait, there is already a lifetime movie out depicting the wedding. Unsurprisingly, it has not been critically acclaimed but is expected to be a big commercial success. American television channel TLC will also show 89 straight hours of wedding-programming with shows that will include Extreme Royal Collections, a variation on its popular Hoarding reality show. Sounds royally scary.

Many people will not be sated with simply watching the event on TV or through live stream and have made plans to attend the event (of course not the actual wedding, just watching the proceedings from outside). Some dedicated royal watchers have been camped out for weeks, claiming the best spots. The Big Royal Wedding Sleepover at "Camp Royale" is a campsite that is catering up to 10,500 people between April 28 and May 1. Even more dedicated fans have descended on the island nation as "Harry Hunters". As one prince has been claimed, others are coming for their chance at the younger prize.

All of this excitement is not to say the event is without challenges. Along with the usual issues of planning a wedding, this is a large-scale celebrity studded event with the eyes of a million cameras squarely on the royal couple. In addition, 300 anarchists have claimed to have plans to disrupt the wedding with smoke bombs, roadblocks, and diversions. Subway drivers aren't making it much easier themselves, they are threatening to strike due to a dispute over holiday pay. Time will tell how these conflicts actually play out.

Similarities and Differences from the Charles/Diana Wedding

The wedding is taking place exactly 30 years to the day of Charles and Princess Diana's wedding. This seems like negative foreshadowing, but hopefully William and Kate will have a happier ending. There are actually several interesting similarities and differences.

Similarity: Both couples are married on the 29th.

Differences: Diana was just barely 20 when she married 32-year-old Charles. In contrast, Kate and William are just a few months apart at 29 and 28, respectively. They have also had a long dating period of about 8 years.

Similarity: Both Princess Diana and Middleton have been the object of intense speculation about their looks and character. It has now been well publicized that Diana struggled with bulimia, partly due to the media pressure. Apparently the media won't be happy unless they try to drive Kate to the same fate.

Differences: No one cares that William and Kate are probably not virgins. Before Diane could marry Charles, her virginity had to be confirmed in a press conference by her uncle.

Similarity: Major media events of their time with news channels from around the world covering the event.

Differences: The 2011 wedding is much, much bigger. About 750 million watched Lady Diana and Prince Charles's wedding in 1981. An estimated 2 billion TV viewers will watch this wedding with an additional 400 million streaming the event online. That is nearly 35 percent of the world's population! For comparison, consider that 715 million folks watched the 2006 World Cup final game and just one billion people watched the 2008 Summer Olympics opening ceremony in Beijing.

If you would care to watch too, BBC TV will be one of the main channels showing the wedding. Many British expats also gather to watch the momentous occasion together.

Singapore - One of the largest gatherings, the British Club has organized 10 days of festivities. There is a royal street party, royal wedding dinner, a high tea and an Ascot-themed ladies' night.

Netherlands - The British Club of The Hague is throwing many events to commemorate the royal wedding. A breakfast, an re-enacting of Shakespeare's most famous Kate, in The Taming of the Shrew, and other English delights will take place in Ma Brown's English restaurant in the Dutch town of Haarlem.

New York City - A very early morning event, New York's Big Apple Brits are hosting a party from 5:00 1:00 on the 30th. Comedians, DJs and theatre spots will keep guests entertained during the extravaganza.

Dubai - Dubai Reunited is having a "street party-themed spectacular celebrating the Best of British" at Dubai's Polo and Equestrian Club. There will be a British market, all you-can-eat buffet, British party games and of course, a few games of polo.

Sydney - The morning wedding will be broadcast at around 20:00 in Australia.

Bangkok - Bangkok's British Club is holding a family-oriented garden party, with live screening of the wedding, a buffet, and activities for children.

Last but not least, the phone operator T-Mobile has already released its own video of the event to celebrate the wedding: