From Indiana to Rotterdam: Cloggie Central

Hello!  My name is Heather Tucker.  I am originally from Indiana, USA and I now live in Rotterdam, the Netherlands.

1. Why did you move abroad?
I originally moved abroad in 1996 when I was just 16 years old.  I had been selected as a Rotary Youth Ambassador, which involved moving to a different country for one year.  The country I was assigned to was Estonia, where I lived in the capital city, Tallinn.  The year abroad was a great experience and involved a lot of travel opportunities.  The experience really highlighted to me how much I enjoyed Europe.  In 1998 I moved to the United Kingdom, where I lived for almost nine years in London and Kent before moving to the Netherlands in 2007.

2. How do you make a living?
I currently work as a freelance writer, photographer and expat journalist.  This involves having my own small business so I also have that aspect to look after, in addition to the more creative side.  I also occasionally work in Dutch primary schools teaching English but have put that on the back burner for the moment.

When I first moved to the Netherlands I was working in adult education in the student support department but I found the full-time position in addition to the long travel times was taking away from my enjoyment of the Netherlands.  The freelance writing is a much better fit for me.

3. How often do you communicate with home and how?
I communicate with home on a pretty regular basis.  Facebook, Twitter, email, instant messenger and cheap/free phone calls all make that possible.  I recently was sent a MagicJack by my dad, which gives me an American telephone number and free calls to and from the States, so that makes picking up the phone even easier.

I also love that I can fill my house with flowers and plants for the price of one bouquet of flowers in the States or the UK.  I always have a mini-heart attack when I order flowers for family and friends outside of the Netherlands.

6. What do you miss most?
Because I left the States quite early on, there aren’t too many things that I miss from there.  Of course I miss seeing my family and friends and I do miss some of the food, like Gardettos, Goldfish Crackers and Arby’s.  From the UK I miss a lot more and I think that is because I did all the adult things there, e.g. education, career, buying a house, etc.  I miss the easy access to opportunities, like volunteering, that I need to search a bit harder for here, the shopping, my friends, the landscape/nature and the lifestyle in general.

7. What custom/ habits do you find most strange about your adopted culture?
In the Netherlands, when it is someone’s birthday, it is the custom to congratulate not only the person with the birthday but also everyone related to them.  I call it the ‘Congratulations on the Birthday of Your Mother’s Cousin’s Hairdresser’s Dog’ custom.  I still find it strange when someone congratulates me for other people’s birthdays and despite my best efforts I usually forget to do the same when it is the birthday of a relative/friend of someone I know.

8. What is a myth about your adopted country?
“All drugs are legal in the Netherlands.” – In the Netherlands there are two categories of drugs, soft drugs (cannabis and hallucinogenic mushrooms) and hard drugs (e.g. cocaine, LSD, heroin).  Hard drugs are forbidden. Cannabis is allowed under the condition of “personal use” and smoking or buying it is not prosecuted.  Selling cannabis is technically illegal under the Opium Act but provided it is only sold in restricted quantities and is not cultivated on a large scale, a blind eye is turned.

I personally, respect this approach of attempting to decriminalize soft drug use.  While in 2008, hallucinogenic mushrooms were banned due to a rise in cases that involved the consumption of mushrooms and required medical help, the majority of these cases involved tourists and not Dutch residents.  Partnered with the more liberal attitude, which allows the police to focus their resources on more high level issues, there are good educational measures put into place to prevent drug abuse and there are firm rules, for example driving under the influence of cannabis is equal to driving under the influence of alcohol.  Additionally, cannabis can only be sold in “a limited, controlled way - in a coffee shop, small portions, 5 grams maximum transaction, not many portions on stock, sale only to adults, no minors on the premises, no advertisement of drugs” (www.amsterdam.info/drugs).

9. What advice would you give other expats?
My advice to other expats would be to get out and explore.  There is so much to see and do, no matter what country you are in and this can be a great way to see some amazing things, experience great opportunities, meet new people and feel more a part of the country.  You can always start small, exploring your neighbourhood and gradually radiating out.
I would also say that it is important to keep an open mind about being an expat and the country you are living in.  When everything is new and different, it can be so easy to consider everything about the adopted country as wrong, backward or a hassle.  This usually just makes things worse. Accept things for what they are (even if it really is backward!), move on and get involved with a positive aspect of the country.

10. When and why did you start your blog?
I started Cloggie Central in 2007 just as I was getting ready to move to the Netherlands.  At first, I only intended to use it as a place to document the experience of moving and to keep my family and friends updated on what I was up to.  Over time, though, I kept writing and developing it further.  It has gone through a lot of changes over the years and no doubt it will go through a few more. 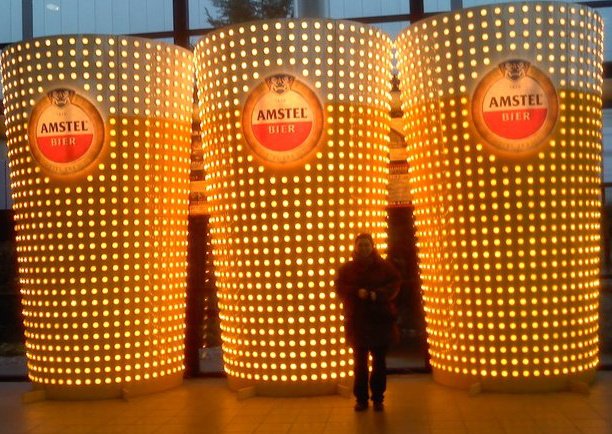 The blog has been a great way for me to develop my writing, keep motivated to go out and explore places and has provided me with some opportunities to write elsewhere.  I’m not sure how useful it has been for keeping my family and friends updated but I know they at least read it! 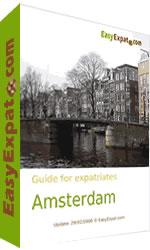