From London to Bodrum: Perking the Pansies and Surviving the Expats in Turkey 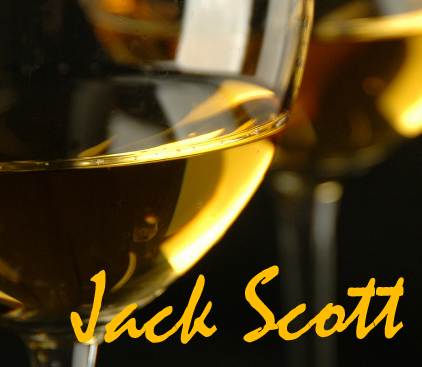 My name is Jack Scott. I am originally from London and last year I moved to Bodrum in Turkey with my civil partner, Liam.

1. Why did you move abroad?
I was a petty bureaucrat for 30 years gently ascending a career ladder to middle management, middle income and a middling suburban terrace; comfortable, secure and passionately dissatisfying. I thought it high time to take a break from my labours, put my feet up and watch the pansies grow.

2. How do you make a living?
We are fortunate to have just enough to live well (if not extravagantly) without selling our souls to earn our daily bread. It’s just as well as work permits for foreigners in Turkey are as rare as ginger imams. Interest rates are high in relation to the UK or the Eurozone and we live off the interest from our capital.

3. How often do you communicate with home and how?
Our parents weren't exactly thrilled by our decision to step off the treadmill and head for the sun. Part of the deal is to phone home often and return regularly. The compulsory Sunday afternoon call is non-negotiable and we fly back to London every three months or so. We use Skype as much as possible and book flights in advance to limit the impact on the family purse. We also use Facebook and good old fashioned emails to keep in touch with friends and siblings.

4. What's your favorite thing about being an expat in Turkey?
Turkey is a benign host and people are warm and obliging. Specifically, we love living in Bodrum, a whitewashed, liberal oasis with a hypnotic pulse that few places can match. Around us, the vast Anatolian landscape is glorious and the sweep of all recorded history sits casually underfoot. Medieval and modern, Turkey at its best is incomparable.

5. What’s the worst thing about being an expat in Turkey?
Turkish red tape is staggering in its pointless Byzantine complexity. Everything must be completed in triplicate, duly stamped and accompanied by multiple copies of official identification. There are enough copies of my British passport in circulation to supply the Israeli Secret Service for years. Also, Turkish drivers are insane, roads can be perilous and driving is best left to the foolhardy or the suicidal.

6. What do you miss most?
I miss my family and friends, the real personal freedom we all casually take for granted, decent Indian food, central heating, the big city buzz and riding the tube outside the rush hour. I’m lucky to get my urban fix on our jollies to London.

7. What custom/ habits do you find most strange about your adopted culture?
Turks have absolutely no sense of personal space and a natural inquisitiveness that borders on the intrusive at times. I assume this derives from a long tradition of large tight-knit families, crowded houses, little privacy and a strong sense of community long since lost in the West. Coming from an anonymous, fragmented, socially mobile world city like London makes this difficult to get used to but it’s definitely worth the trouble.

8. What is a myth about your adopted country?
Some people show breath-taking ignorance of the Islamic world, tarring all Moslem countries with the same negative brush. No, we aren’t subject to Sharia Law. No, gay people aren’t routinely lynched by rabid mobs of mad mullahs. No, women aren’t forced into marriage as soon as they hit puberty and dressed head to toe in black poly-cotton sheets (well, not in Bodrum anyway). Turkey isn’t perfect but it isn’t Iran.

9. What advice would you give other expats?
Moving to a foreign land throws up a host of practical and cultural issues that everyone has to cope with but with the right advice, a guiding hand and lots of patience it can be a hugely rewarding experience. My strongest advice is to try a place on for size first. Rent before buying and then only buy with the right legal advice and through a reputable agent. Too many people have lost their shirts on a dream that turned into a nightmare. Act in haste and repent at leisure. Crucially, try and avoid the temptation to remain within the extraordinary expat bubble: go and explore your new environment and meet the locals. It can totally change your perspective.

10. When and why did you start your blog?
I began writing the blog, Perking the Pansies, in November 2010. It all started as an email commentary of our packed adventures in paradise to London life friends. My ramblings became very popular and my oldest friend suggested I write a blog. With the luxury of excessive time on my hands I thought, why not?

Finding gainful occupation is a real challenge to active expats who don’t work. By occupation I don't mean propping up the bar in a sad, insular dive to Brit-bash and complain ad nauseum of all things local. The blog keeps me on the straight and narrow - though not always off the sauce. I write primarily about what I see around me in our rarefied semi-detached expat world. We expatriates, or 'emigreys' as I call us, come in all shapes and sizes – the mean and the mannered, the classless and the classy, the awful and the joyful. It’s a rich seam and the material is more or less handed to me on a plate. When I first published I honestly thought that I would be talking to myself. Thankfully this hasn’t been the case and the blog has received over 45,000 hits in just a few months. Oddly, my most loyal followers seem to be the very people I parody. I guess people love to read about their lives even when it’s not always particularly flattering!

Jack Scott's blog, Perking the Pansies and Surviving the Expats in Turkey