Japan, the Disaster, and the Expats

The world has watched in horror as Japan struggles to stabilize after the catastrophic disasters of a 9.0 earthquake, massive tsunami, and possible nuclear meltdown. Japan's preparation has insulated the country from some damage, but on any scale, the 2011 To-hoku earthquake and tsunami are a diaster of mammoth proportions.

The Quake, Tsunami, and Nuclear Reactors 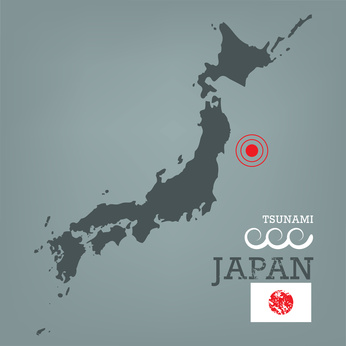 Japan about 12 feet closer to North America and shifted Japan downward about two feet. Scientists note that this type of phenomenon occurs because the earth rotates faster than it had prior to the natural disaster.

The quake triggered the tsunami that reached the height of 10 meters (33 feet), traveling up to 10 km (6 miles) inland. The surging water was far more deadly and destructive than the actual quake. The towns of Kuji, Rikuzentakata, Kamaishi, Miyako, O-tsuchi, Yamada, Namie, So-ma, Minamiso-ma, Onagawa, Natori, Ishinomaki, and Kesennuma were all severely damaged or simply swept into the ocean. Terrifying footage was available as the damage occurred as millions of personal cameras, video cameras and personal accounts were broadcast through Facebook, Twitter, and other social and news media in real time. 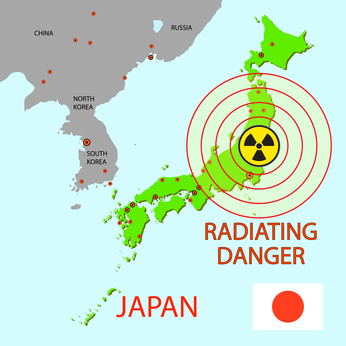 The damage to nuclear reactors is the latest concern. The Fukushima I, Fukushima II, Onagawa Nuclear Power Plant and To-kai nuclear power stations were automatically shut down following the earthquake, but cooling is necessary to remove decay heat for several days after a plant has been shut down. Issues resulting from the disaster have made this process extremely difficult as tsunami waves overran sea walls and destroyed diesel backup power systems that were powering the cool down. Attempts to cool the reactor by helicopters dumping water on the Fukushima I plant have had limited success. Two large explosions at Fukushima I have resulted in some leakage of radiation. Higher levels of radioactivity have been detected in spinach, milk, fava beans and drinking water in the area. The government is still debating whether to "impose restrictions". The government has raised the severity from 4 to 5 on the international nuclear crisis scale.

People continue to be evacuated from the area as about 550,000 are estimated to be homeless. The official death toll now exceeds 9,000 and may rise as high as 20,000. Search and rescue missions are still active as several people, including a grandmother and her grandson, have recently been pulled from the wreckage. The government struggles to provide food, clothing, electricity, heat, and phone service for those affected and is openly accepting aid as they have admitted to being overwhelmed. The world, in turn, has opened their hearts and wallets to offer aid.

People are struggling in Japan. For many expats, it's simply too much.

Large international firms are running with as little as half of the normal staff. Foreign workers have been given temporary leave and local employers are offering the chance to move away from areas under threat. Most companies are allowing the employees to make their choice as to relocate or leave the country altogether. To aid expats wanting to leave, most companies are offering financial assistance.

Many governments, including UK's Foreign Office, established a crisis unit and set up a helpline for foreign nationals in Japan and their relatives back home. Foreign government's response has largely been to leave Japan, at least for now. This voluntary evacuation is the "'lowest step' in the hierarchy of preventative steps. But the U.S. government has also offered a tougher assessment of the radiation threat than the Japanese authorities and the danger to expats remains somewhat unclear.

Initially, there was some panic and some expats scrambled to charter emergency private planes to get out of Japan. The situation now is basically calm, but there is valid concerns. The intrusion into most people's daily life has been restricted to long lines at gas stations, reduced subway and train service, and planned rolling blackouts. This has made commuting difficult and some expats have noted the eerily empty streets and the now dark neon of the Shinjuku and Shibuya entertainment districts as especially unsettling. There has also been a growing issue with supplies. Gasoline, rice, and fresh goods are scarce. While most people have seemed to be mentally prepared for the aftermath of an earthquake, stress over the situation with the nuclear reactors, as well as fears about the cost of re-building and Japan's economic future has people scared.

Some expats have rationalized their decision to leave because of the precious amount of resources available should be reserved for people from Japan or those who can't leave. The timing has been fortuitous for some international employees. Mid-march is spring break for most international schools so many people already had plans to leave. It is the temporary status that is now the question.

Tens of thousands of Japanese expats have had to watch with the rest of the world as Japan continues to struggle. Immediately following the crisis many expats took to social outlets to try and find out the status of their friends, families, and hometown's. Updates on Facebook and Twitter about the status of their lives back in Japan have provided a very real connection between outsiders and the dire situation in Japan.

Several private companies have made the effort to allow for easy access in connecting with Japan to locate friends and family. These include Google Person Finder, Skype, Disaster Message Board Web171 (operated by Nippon Telegraph and Telephone), and various mobile phone carriers.

How You Can Help

About 128 countries and 33 international organizations are offering assistance. Among the many ways you can contribute, you can:

The International Committee of the Red Cross is accepting donations by text, and through Facebook on their "causes" page.

Mercy Corps & Peace Wind have teamed up to help survivors of Japan's earthquake and tsunami.

Be prepared! Read more about safety precautions and how to leave a dangerous expat situation in our article "Expat Evacuation".