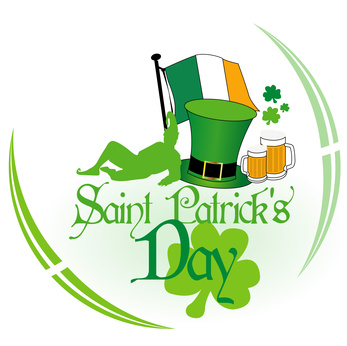 St. Patrick's is the day you might get a pinch if you step out without wearing green, you are likely to see some funny-colored beverages, and absolutely everyone claims to be a little Irish. St. Patrick's Day parades are practiced in odd corners of the globe and homes are filled with music, food, drink, and tradition. Play up your brogue, smile, and say thanks for this day of revelry and the Irish.

Oh, the music in the air!
An' the joy that's ivrywhere -
Shure, the whole blue vault of heaven is wan grand triumphal arch,
An' the earth below is gay
Wid its tender green th'-day,
Fur the whole world is Irish on the Seventeenth o' March!
Thomas Augustin Daly 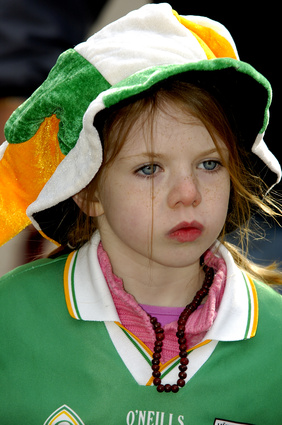 New York has the largest St. Patrick's Day in the world. Led by the U.S. 69th infantry, around 150,000 people march in the parade with over 2 million spectators. The route kicks off at 11 am on 44th Street, up Fifth Avenue, past St. Patrick's Cathedral, the American Irish Historical Society, and the Metropolitan Museum of Art at 83rd Street to 86th Street, where the parade finishes at around 5 p.m. Than the serious partying can begin.

The first St. Patrick's Day celebration in the U.S. was held in Boston in 1737. The parade began in 1901 and now more than 600,000 participants rally each year to watch marching bands, pipe bands, and green-wearing partiers celebrate through South Boston. If you don't catch a bit of the green during the parade, the many Irish pubs are roaring from sun up past sun down.

Taking a moment from the elaborate wedding preparations of Prince William's upcoming nuptials, much of London will take a moment today to watch colorful floats, marching bands, and Irish groups to raise a glass to Ireland. Specific groups will represent Irish counties through performances of traditional and contemporary dance as the parade will pass through central London from Green Park to Trafalgar Square at noon.

Sydney will be celebrating their Irish heritage in blazing heat, unlike their ancestors on that smaller island. Green sunglasses and t-shirts will fulfill the traditional attire as the parade rocks it's way through the city and green-spewing fountains will keep participants cool.

The dying of the Chicago River is known as the "Irish Miracle" and began in 1962. Loads of eco-friendly dye are dumped into the river, turning it an emerald green for the celebrations. Proud Irish decedents decked out in green walk the streets above.

The second largest Irish festival, Galway's celebration is perfectly picturesque. People wear as much green as the eye can stand and wave the Irish flag high. Drinking, dancing and pub-going are essential follow-ups to the parade.

The longest running St. Patrick's Day parade in Canada, tens of thousands of spectators dine and drink like the Irish in celebration.

One wouldn't expect this city of Southern hospitality to fit in with the other rowdy celebrations, but it does! Savannah serves up green grits, green fountains and family fun. More than 400,000 gather to watch the parade in the downtown.

Not done partying after Mardi Gra, people switch their allegiance from their French roots to their Irish. The St. Patrick's Day Parade here is marked by the traditional potatoes and cabbages. Floats passing by throw these vegetables to the spectators.

More articles
How studying abroad may have changed over the past year
As governments worldwide scramble to contain the covid-19 virus by placing travel restrictions, lockdowns and curfews, ...
5 Ways Expats Can Maintain Their Mental Health
Mental health is already more important than before, especially during the time of COVID-19. And if you're an expat – ...
How Covid-19 changed expat life
An expat life is desired by many people around the globe and those who get to experience it, consider themselves lucky. ...