Whether a disaster is natural or man made, situations may arise when you are no longer safe in your expat environment. Tunisia's revolt ending in a successful eviction of dictator Zine El Abedine Ben Ali on January 14, 2010 has led to a domino effect in the Middle East of countries revolting against their oppressive government regimes. Egypt's successful revolt in late January to February is still trying to find it's new legs. The latest revolt in Libya has Dictator Muammar Qaddafi attacking his own people with helicopters, warplanes, and ships. Many companies (Shell, Suncor) have already removed their expat employees and families. On the other side of disaster, the earthquake in New Zealand is just the latest efforts of Mother Earth to shake all of us little people around.

These are things that, though unexpected, can happen... even to you. These events should re-awaken the need to be prepared, especially in the extremely vulnerable position as expat. As an expat in a foreign land, dealing with a calamity can be a terrifying experience. Fears for your family's safety tempered by endless bureaucracy, fights for supplies, and shame at abandoning your adopted country make a difficult situation even worse. Whether you are pulled from a dangerous assignment or make the difficult choice to stay, a certain measure of awareness and preparation are necessary. 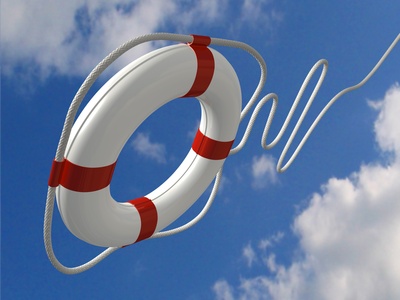 Emergency evacuation is defined as the immediate and rapid movement of people away from a threat or hazard. From tornados, to bomb threats, to floods, to war there are many disasters that may suddenly appear on the horizon and quickly engulf you.

An emergency evacuation plan is ready-for-action in most cities. This should include a detailed itineraries of what is to happen in the face of every type of crisis. Alarm signals, storm alerts, emergency broadcasting on TV and radio, and planned evacuation routes are usually incorporated. Parts of the plan and a recommended list of steps are usually accessible to the public. Contact your nearest government office to find out your city's plan.

In addition to your adopted city's emergency plan, most embassies and consulates also have a plan for expats in the country. To find the closest office, consult http://www.embassyworld.com/.

However, the best-laid plans can still go awry. It is important to also have a personal safety plan you develop with your family. A safety plan is not an alarmist approach, it is simply good planning for the safety of your family, planning that you will hopefully never need. Preparedness is a continuous cycle of planning and organizing.

Supplies - having a small amount of vital supplies on hand can be useful in many perilous situations. It does not need to be complex or extensive, but a few simple items could make disaster manageable.

Escape Routes - Using a floor plan of your home, mark escape routes. Make sure the family, especially children, understand the drawings. In addition, establish several places to meet in case of emergency. Home should always be point number one for everyone to meet, but if the home is no longer safe or access is blocked during a disaster, you need to pick other points. The next point should still be in the same neighborhood, like a favorite cafe or friend's house. You should have at least one more point of a place further away and unlikely to be blocked like a government building, school, or monument.

Family Communications - In case your family is divided when disaster strikes, plan a way to contact each other. Complete a contact card for each family member with cell and work numbers, school info, etc. Have you family keep these cards with them in their wallet, purse, or backpack. If your child is in school or daycare, keep a card with this information on file there. Pick an additional emergency contact who lives away from where you are to notify. Also note that social media has taken on a more important role than just party planning. Posting on your Facebook wall your location and twittering that you are safe have both become effective tools in assuring your family of your safety in moments of crisis.

Vital Records - With the ease of making digital copies, there is no excuse for not having at least one electronic folder of your family's vital documents. Ideally, you should be able to keep a pen drive with these documents on hand at all times. There are also many services that offer storage online so these files are accessible wherever you are. You may also consider keeping copies in a safe deposit box, or in the possession of a friend or family member in another area.

Safety Skills - It is never a bad idea to posses some safety skills of your own. It is usually easy to find a first aid and CPR class from a community center or school. Your personal physician should also be able to recommend a class in the area. Companies frequently offer classes to their employees, or you could organize your own training with your company's permission.

911 is the emergency service number.

The French government has a website to inform all French travellers: Diplomatie: Conseils aux voyageurs. You will find the latest news and alerts, along with information per country.

The prime contact is the French Counsulate in the country. Emergency Services number in France is 112.

The National Disaster Management Authority of India is a government agency subordinate to the Ministry of Home Affairs.

The Ministry of the Interior and Kingdom Relations is responsible for emergency preparedness. (NCC). The country is divided in 25 safety regions (veiligheidsregio) which operate according to the Coordinated Regional Incident Management system.

The general emergency number in the Netherlands for police, fire brigade and ambulance is 112.

In New Zealand, responsibility for emergency management moves from local to national depending on the nature of the emergency. Each region has a Civil Defence Emergency Management Group (CDEMGs).

The emergency number is 111.

The Ministry of Emergency Situations (EMERCOM) is engaged in fire fighting, Civil Defense, Search and Rescue, including rescue services after natural and human-made disasters.

Under the Department of Homeland Security (DHS), the Federal Emergency Management Agency (FEMA) is lead agency for emergency management.

If your country does not appear on this list, contact your consulate or city government to find out the advising body and emergency numbers. You can also consult Easy Expat's list of emergency numbers in the FAQ section.