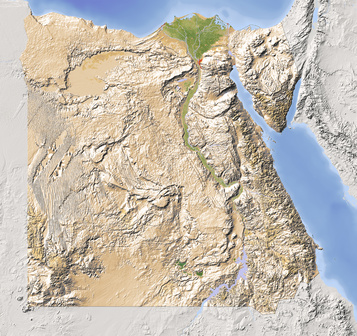 Expats look forward to an exotic life of excitement and surprise. Unfortunately, expats in Egypt are getting more than they bargained for. As the people of Egypt struggle for greater independence, some expats have chosen to stay, some have left, and some have been removed by their companies.

Egypt has long been known as one of the most stable nations in a volatile corner of the world. That does not mean that everything has been perfect. Ruler Hosni Mubarak has enjoyed his 30-year rule, while many of Egypt's people have not. Mubarak and the National Democratic Party has been accused using manipulation, intimidation, and rigged elections to keep the party in power for over 30 years.

Resistance had been growing with groups using Facebook groups and Twitter accounts to rally supporters. The Muslim Brotherhood, which was officially banned, was partly responsible for motivating the people in this revolution.

Issues of corruption, poverty, and high unemployment were exacerbated by the successful revolt in nearby Tunisia on January 14th. Public anger boiled over on January 28th as protesters took to the streets, centering on Cairo's Tahrir Square. 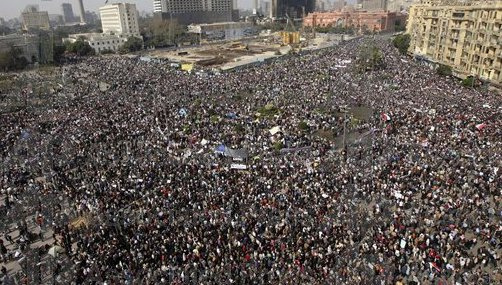 Even members of Egypt's military abandoned their posts and joined the demonstrators. The whole world tuned in watch the drama of a country in crisis. Public sentiment has largely been with the protestors as more information about Mubarak regime has come under scrutiny.

Mubarak further enraged the public as pro-Mubarak supporters, who attacked protesters on horseback, are suspected of being common thugs hired by Mubarak's people. Foreign journalist were attacked and driven away from reporting at the scene. At least 100 people have died since the demonstrations began.

Several weeks into the protest, some changes have been established.

On February 1st, Mubarak stated that he would not run for a new term in office in September elections. There is little chance any member of the National Democratic Party could win a fair election. His son and expected heir, Gamal, will not be nominated. However, he has resisted calls to step down.

Mubarak appointed a vice-president for the first time- Omar Suleiman.
One of Egypt's most powerful allies, the United States, is reviewing their generous funding of the nation.

Inclusive talks were begun, with the Muslim Brotherhood and five other opposition groups.

Mohamed ElBaradei, Egyptian Nobel peace laureate and former head of the International Atomic Energy Agency (IAEA), has returned to the country and said he would consider a transitional presidency until fair elections could be held.

Now it is up to Egypt to decide how they want to precede.

Tourist visits and business travel to Egypt completely halted as clashes between the people and the police grew more frequent. Expats had a much harder decision.

Embassy sites warned of the danger and offered advice to expats in Cairo. Some companies pulled all their expat employees from the country as soon as the mass demonstrations began. General Motors and Chrysler Group LLC employed only a small number of expats in Cairo, but quickly removed their employees and families. Nissan Motor Co. operates a small facility outside of Cairo and production has been suspended. At this time, the company has not removed employees, but they are keeping in contact.

There was a threat to foreigners as plainclothes police and baltagiya (hired pro-government thugs) were watching for journalists and anyone documenting the protests. Most of the violence occurred at Tahrir Square, but an announcement by the Vice President about suspicions that foreigners were behind the uprising created additional danger.

A media blackout shortly after the demonstrators began led to world-wide panic about what exactly was happening. Highly active Egyptian Facebook and Twitter accounts were suddenly silenced. Mobile phone networks were abruptly turned off. As outside media sought to infiltrate the blockade, expats within Egypt found the sudden quiet disturbing. People feared not being able to reach loved ones in Egypt and abroad.

It was on January 27th that Egypt's service provider, Telecom Egypt, (which is owned by the government) turned off the Internet nationwide. This has never been done before. People were inventive in trying to circumnavigate the blockade. Google tried launching a special service to allow people to send Twitter messages by dialing a phone number and leaving a voicemail. Some people were able to revert to old-school methods of using 56k modem and dial-up in tandem with long-distance calling capabilities to access other country's ISP networks. Some ISPs even offered free access to Egyptians during the crisis.

Mobile service has slowly been re-instated by all networks, but it wasn't until February 3rd that reliable internet was once again accessible.

Future for Expats in Egypt

Despite the violence and uncertainty, there is hope in Egypt. Change is frightening and the loss of life is a high price to pay. Protesters hope that a new Egypt will be worth this cost.

Slideshow of the Protests from The Economist

UPDATE 12 Feb 2011: On Friday, February 11th, 2011 Egyptian President Hosni Mubarak resigned his post. This was shortly after suprisng the world on thursday with a speech declaring he would not step down. After thursday's speech, it appears he was approached by Egyptian army officials who gave him a choice: step down voluntarily or be forced out.

The country is currently under control by the Armed Forces Supreme Council, the military's top governing body. It is headed by Defense Minister Muhammad Hossein Tantawi.

The people of Egypt are overjoyed. Tahrir Square is now a place of celebration as peope dance, cheer "Goodbye! Goodbye!" and proudly wave the Egyptian flags.

Read more on the story at CNN International.