HEART Act- What it Costs to Stop being an American 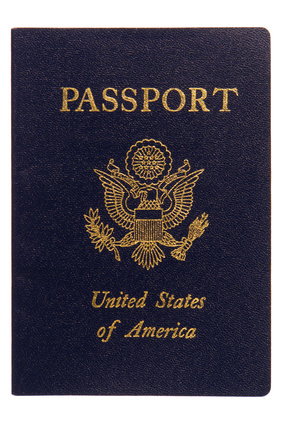 Becoming an expat is one thing. Renouncing your citizenship is altogether different and much more difficult. The federal Register reports that 502 expatriates gave up their U.S. citizenship or permanent residency status in 2009. That is extremely small percentage of the estimated 5.2 million Americans living abroad. So what causes some people to renounce their citizenship and why is this movement growing?

It appears that frustrations over tax and banking questions are the primary concern for most of those who renounce. American expats complain about the United States taxing citizens income abroad, U.S. based banks closing expat accounts because they are not maintaining a US residence, and finally the HEART act's high cost has proved unpopular.

What is the HEART Act?

Enacted in 2008, the Heroes Earnings Assistance and Relief Tax Act (HEART) Act intended to provide tax relief for active duty military personnel and reservists. It also imposed income tax on property held by certain U.S. citizens or green card holders who terminate their US residency. This has earned it the name of an "exit tax".

Who does it effect?

American expats or people who want to give up their green card will feel the pinch of this tax. Exactly who will be affected is:

The tax applies to expatriates who leave on or after June 17, 2008 that meet any of the following three tests:

How does it affect Expats?

Individuals are affected in three ways:

The "mark-to-market" tax applies to the net unrealized gain on the expatriate's worldwide assets (stock portfolios, real estate, art, etc.) as if the property were sold for its fair market value on the day before the expatriation date. Any net gain on this deemed sale in excess of US $600,000 will be taxable. Expatriates must now pay capital gains on assets that have increased in value, even though they have not yet been sold.

The tax will not apply to certain deferred compensation items; certain specified tax deferred accounts; or any interest in a nongrantor trust.

The Act taxes certain "covered gifts or bequests" received by a U.S. citizen or resident. Assessed at the highest marginal estate or gift tax rate at the time of the gift or bequest, applies only to gifts or bequests exceeding $12,000.

This includes taxing US heirs on amounts given or left to them by ex-US citizens. Any property left to a US person from an ex-citizen will be taxed at the highest marginal estate or gift tax rate at the time of the gift or bequest.

Gifts or bequests made to a U.S. spouse or a qualified charity are not subject to the tax.

Removal of the 10-year Shadow Period

This act removed what had been called the "10-year shadow period". The "shadow" allowed expats to pay US taxes on only US-source income and gain for any of the ten years following expatriation (in which the expatriate spent 30 days or more in the US). Estate and gift taxes were subject to taxation, encouraging expatriating citizens to wait until the ten-year period expired before liquidating their US assets. Under the Act, the shadow period is replaced by the much stricter mark-to-market tax and the tax on gifts and bequests.

In order to renounce American citizenship, the person must first have a second citizenship. The actual act of expatriation occurs when an individual formally renounces U.S. citizenship. A U.S. citizen is treated as relinquishing citizenship on the date they:

A green card holder is deemed to have expatriated on the date that lawful permanent resident status ceases. This generally occurs on the date a green card is determined to have been revoked or judicially or administratively abandoned, or on the first day of a tax year for which a long-term permanent resident invokes a tax treaty to be treated as a resident of a foreign country and does not waive the benefits offered by the treaty to residents of such foreign country.

The weight of renouncing US citizenship is still great, but it seems with amendments like this one more and more US expats are becoming ex-citizens.