Lauren Booth, sister-in-law of Tony Blair, wrote recently in the Mail On Sunday about her mariage breaking down after a family move to Dordogne.  "The sad truth is that life in the European countryside can be as basic, boring and as downright exhausting as it was centuries ago" she says. "The man gets drunk and resentful about his role as an odd-job man once he was happy executive or, in our case, a lad-about-town". 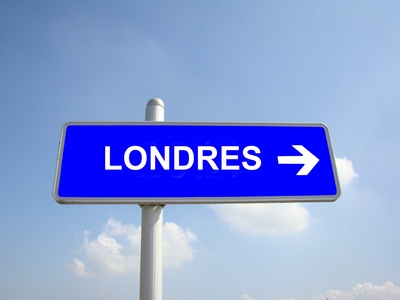 Another British expat in Charentes, France, whose husband left her to cope on her own when he wnet back to England in 2008, started an organisationcalled WAIF (Women Alone In France) designed for women/men alone in France who need practical help and advice to survive alone. There are a team of French medical, legal and financial experts offering advice about how to navigate the French wealthfare system and knowing your rights in France.

British expats started to move to France in ever-increasing number after the publication in 1989 of Peter Mayles's A Year in Provence. The number of British homeowners in France is now evaluated to about 500,000. As shown in our recent article about the result of a HSBC survey, a high proportion of expats based in France (33%) are retirees, with many having moved specifically for this reason (quality of life overall, food, local diet and healthcare). About 10 years ago, with a British pound raising to more than €1.50 they started to see younger, working couples arriving with children, with a greater number setting up in what they called Dordogneshire, in the south west of France.

With the economic recession starting in 2008, the pound's precipitous plunge against the euro (it was parity in January 2009!) have damaged considerably the dreams. Pensions might have lost more than 25% of their previous value, and life that was previously cheaper is now 25% more expensive than in England. The Mail Online wrote (March 2010):

"Some 845,000 Brits living in Spain and France have suffered an 8 per cent drop in house prices in the year to August 2009 alone. This wiped €30,000 off the average property on the Costa del Sol.

Sterling has slumped from over €1.50 in January 2007 to close to parity, taking a terrible toll on the estimated 5.5million British expats, and particularly the 1.1million pensioners living abroad. Moneycorp research shows that 70 per cent of all expats are now considering returning to the UK.

A retired couple living in Spain, for example, both drawing a full state pension of £95.25 per week, will have seen their combined monthly income - on their pension alone - drop by €396 over three years, from €1,263 to €867.

The warning signs that hundreds of thousands of Brits may be ready to return to the UK started when the credit crunch began in 2008. That year, the number of expats returning home jumped by a fifth on the previous 12 months."

In addition, as shown in the survey, life abroad is not always that easy with language barriers causing concern for 57% of expats in France. The most common concern for expats ahead of moving to their new country is re-establishing a social life (41%), feeling lonely and missing friends and family (34%). The Sunday Times wrote last month (21st November 2010):

"Women for example appear to do better than men in learning the language and mixing in as it is often they who do the school run and shopping. Men might become depressed because they haven't got anything to do [...] It's often hard for people to integrate. You've got to be able to speak the language."

"The evidence of the British retreat is everywhere", says the website France24. For those British who came with family to live a part-time basis in the UK and in France, enjoying the cheap flights to England, with homes in both countries, face financial trouble with a luxury they can no longer afford. A weak property market is proving to be a nightmare and many Brits are being forced to sell their property at a loss. Pensioners abroad have arguably been hit the hardest as they rely most heavily on their savings and pensions built up in the UK.

The "British invasion" might be over, but for those who decided to stay, nothing looks better than their new life "à la française"!

Find more information about expat life in London in our guide.

Find more information about expat life in Paris on EasyExpat.com