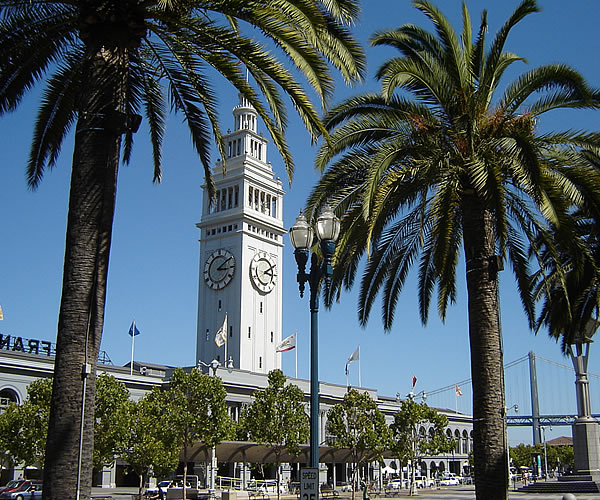 Typical American public elementary schools consist of children aged 6-12 and have Kindergarten (similar to pre-school) to 6th grade. From here they usually attend a middle school of 7th and 8th grade, than finish schooling at a High School from 9th to 12th grade. There are variations of this format found throughout the nation, but most follow this layout. School is usually in session from September till June.

Public schools are supported by the taxpayers and budget and education officials are determined by public voting. If you don't know which zone and school your child will attend, call 311 or visit the Department of Education Website.

San Francisco hosts a population that is more educated than average. Two-thirds of the Bay Area residents have education and training beyond high school, and well above 40 percent have graduated from college and beyond. A full 16 percent of city residents hold graduate degrees, topping the rankings of major cities in the United States. Founded in 1851, San Francisco Unified School District educates approximately 55,000 of San Francisco's pre-school, elementary, middle and high school students at 34 preschools, 102 K-12 schools, 8 county/court schools, and 9 charter schools.

There are many excellent private schools in the San Francisco area and Bay Area Private Schools guide offers an excellent overview of the schools available. Private schools funds are achieved through student paid tuition, with chances for scholarship for worthy students. Many schools are religiously affiliated and are completely separate from the state. Tuition is usually very expensive, averaging between $8,000 and $16,000. Some examples of private schools within San Francisco:
Archbishop Riordan High School, Brandeis Hillel Day School, and Schools of the Sacred Heart.

Here are a few lists of other notable private schools:
www.greatschools.net/california/san-francisco/private/schools/
or www.learn4good.com/top10/private_schools_san_francisco.htm.

Universities are quite expensive with prices rising every year. Public university can cost around $7,000 to $12,000 in tuition alone with housing, books, and other academic necessities costing much more. Private university is much more expensive with tuition costing somewhere between $20,000 and even up to $50,000 annually. The academic school year usually runs from September to June with an optional summer quarter which is another expense. Scholarships and financial aid help students attend the university of their choice, but most students must take out loans to complete their education.

Not only do students need money to get into their dream school, they need to have high enough scores on national tests like the SAT or ACT, achieve at least the minimum GPA at their high school, and apply themselves to extra circular activities like sports and social clubs. Extras, like being the descendent of an alumni can also reflect positively in an applicant's favor. The better the college, the more difficult it is to be accepted. "Ivy League" schools like Harvard, Brown, Cornell, Princeton, Yale, and many others outside of these old names have an excellent reputation and must keep standards high to retain their prestige.

University of San Francisco: Started in 1855, the school is a part of the San Francisco city scene trains young people for positions of leadership in the community.

Golden Gate University: With origins in the founding of the YMCA in 1853, is an independent, multi-campus university that offers certificate and degree programs throughout California, Nevada, Washington and abroad.

University of California - Berkeley: Although outside of the city of San Francisco, this is a prestigious liberal university within the area. It is ranked first nationally in a variety of programs and has long standing traditions and prestige.

California College of Arts: Founded in 1907, this school of the arts is the largest regionally accredited, independent school of art and design in the Western United States.

Academy of Arts College: Established in 1929, the Academy of Art College is now the largest fully accredited private school of art and design in the nation. Increasingly, academy students are winning national art competitions and are recruited by industry leaders nationwide.

City College of San Francisco: This is a public, two-year community college, offers credit and non-credit classes's to 80,000 full- and part-time students at eight campuses and additional outreach locations throughout the city.

To find out more about these universities from an independent source or other universities within California, wikipedia.org/wiki/List_of_colleges_...in_California.

The San Francisco Public Library has a collection of roughly 2,500,979 materials and millions of visitors each year. Besides the many library branches throughout the city, there is are several bookmobiles which make reading available to everyone. Events, job fairs, and programs for children are frequently held in every branch of the library.

Besides the physical building and books, the library features a wealth of information available on-line. Membership is free as is borrowing materials after obtaining a library card. There are many different branches and hours are different from library to library, but locations and hours can be checked on-line.

The San Francisco Library also encompasses four world-acclaimed research libraries. The materials at these sites cannot be checked out, but is available during open hours. The Digital Library is a continually expanding collection of digitized images and text selected from throughout the Research Libraries' collections and is always available on-line.

Do you have comments or personal information to communicate about this article? Add your comment.
Find links about education / school system in San Francisco and a lot more in The links of expatriation.
Find more definitions and general answers on expatriation issues in the Expat FAQ (Frequently Asked Questions).
Read more...


Go to the Forum to talk more about school system in San Francisco, education.
Search for members in the Usa