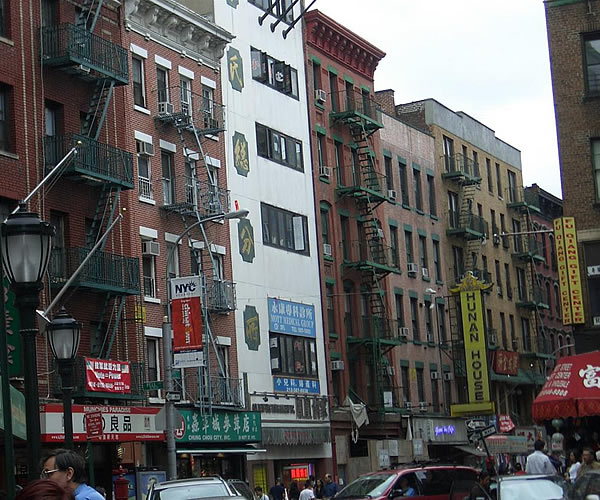 In the US, education is compulsory and universally available. The school year runs from September till June with a long summer break between school years, as well as holiday breaks around Thanksgiving, Christmas, and spring.

Public schools are supported by the taxpayers, and budget and education officials are determined by public voting. This means that schools in richer areas are generally better funded and perform better than schools in poor neighborhoods.

Because of overcrowding and funding, these years may be split up differently from district to district.

Registering for School in NYC

The NYC Department of education website is the educational institution in New York State and the largest school system in the United States with over 1.1 million students taught in more than 1,800 separate schools.

In the US, it is common for children to begin school as early as possible, meaning students may begin preschool as early as four, although it's not compulsory until age six. Having completed primary education at the age of twelve, children then move on to middle school.

There are about 900 privately run secular and religious schools in New York, some of which are considered the best independent schools in the entire USA. The New York City Department of Education pays $70 million annually to the private school sector.

Tuition in private NYC schools is usually very expensive, averaging $18,114 per year (2019-20): $12,594 for a private elementary school year and $24,400 for a private high school year. THINK Global School is considered the most expensive private school in New York, about $94,050 per school year.

The New York State Association of Independent Schools (NYSAIS) is a non-profit organization offering services to administrators, teachers, trustees, and parents involved in private schools from pre-K through 12th grade.

Among all private schools in NYC, the following ones are considered the 5 best ones:

Universities in NYC are highly desirable and can be very expensive with prices rising every year. The average annual college tuition is $18,800, $4,721 higher than the U.S. average. In addition to these costs, there is very expensive housing costs, plus books and other academic necessities.

Private university is much more expensive with tuition costing an average of $27,500 up to $54,500 for Columbia University, which is considered the most expensive university in NYC.

The academic school year usually runs from September to June with an optional summer quarter (which raises tuition). Scholarships and financial aid can help students attend the university of their choice, but most students must take out loans to complete their education.

Not only do students need money to get into their dream school, they need to have high enough scores on national tests like the SAT or ACT, achieve a minimum GPA in high school, and apply themselves to extra circular activities like sports and social clubs. Extras, like being the descendent of an alumni can also reflect positively in an applicant's favour. The better the college, the more difficult it is to be accepted. Ivy League schools like Harvard, Brown, Cornell, Princeton, and Yale have very high standards to retain their prestige.

Columbia University and New York University are two of the best known of the New York City universities. However, there are many other exemplary schools in New York State including:

If you are interested in applying to a different university, visit Ny.com/academia/colleges and its extensive lists of universities, colleges and trade schools in the New York area.

The New York Library consists of 86 libraries and its system is among the best in the world. It is unique in being historically a privately managed, non-profit corporation with a public mission, operating with both private and public financing in a century-old evolving private-public partnership. The library presents a plethora of events on a daily basis from children's book readings to job fairs.

Besides the physical building and books, the library features a wealth of information available online. Membership is free as is borrowing materials after obtaining a library card. There are many different branches and hours are different from library to library, but can be checked on-line at the library map.

The New York Library also encompasses four world-acclaimed research libraries. The materials at these sites cannot be checked out, but is available during open hours.

Do you have comments or personal information to communicate about this article? Add your comment.
Find links about education / school system in New York City and a lot more in The links of expatriation.
Find more definitions and general answers on expatriation issues in the Expat FAQ (Frequently Asked Questions).
Read more...


Go to the Forum to talk more about school system in New York City, education.
Search for members in the Usa