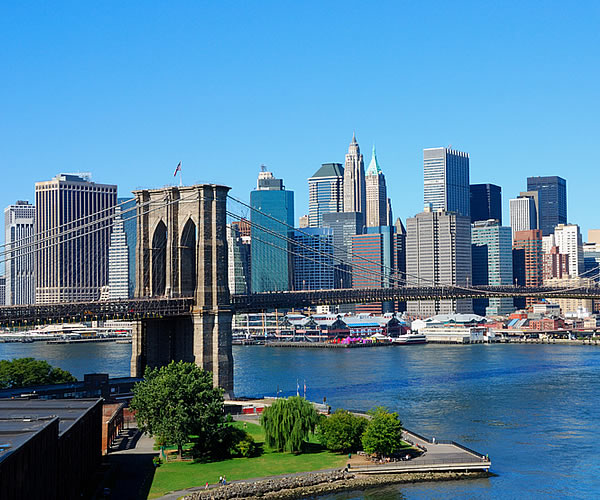 History of the USA

As any other country, the history of the US is a vast and intricate story. However, different time periods, unifications and wars defined and changed the curse of the history and made the United States the country it is today.

Some of the most important events in the US history that can help us understand the actual nation are:

1700-1799
The American Revolution, or American War, lasted from 1775 to 1783 and allowed for independence from Great Britain for the original 13 colonies.

Six years later, in 1789, the Industrial Revolution was taking place in Europe. The American politician and soldier, George Washington, came to be the first president of the United States and changed the focus of the U.S. economy and the way it manufactured products.

1800-1899
In 1803, the President Thomas Jefferson agreed to add 530 million acres of land at the United States' west coast. The land was purchased from France for $15 million.

In 1812, the two years' war between United States and Great Britain resolved outstanding tensions, and the British ended their military posts on U.S. soil and their interference with American trade

1900-1999
During the First World War, the United States didn't declare the war on Germany until April 6, 1917. Over 4.7 million Americans served in the military with nearly 3 million serving abroad.

In between the first and the Second World War, the worst economic crisis to happen in the United States occurred when the stock market crashed in October 1929, resulting in the Great Depression.

Though involved early in WWII, the USA didn't really take action until the Japanese attack on Pearl Harbor on December 7, 1941. From then on, the USA was actively involved in WWII. The USA effectively ended the war by dropping an atomic bomb on the Japanese cities of Hiroshima and Nagasaki in 1945.

From 1954 to 1968, the Civil Rights movement took shape, slowly eroding the racial segregation and discrimination prominent at the time. The movement culminated in 1964 with the acceptance of the Civil Rights Act, the Voting Rights Act in 1965, and the Fair Housing Act in 1968, but is still a work in progress.

A proud moment in American history is the Apollo 11 space mission which took place from July 16-24, 1969. It sent astronauts Neil Armstrong and Edwin "Buzz" Aldrin (and Michael Collins who stayed on the ship) to the moon where the first two made history walking on the moon's surface.

2000-Present
The terrorist attacks on September 11th, 2001 changed the United States forever. Less than a month later (October 7, 2001) the US began the War in Afghanistan, under George W. Bush's presidency. Later on, on 2003, the US, together with Spain and Great Britain, invaded and occupied Iraq.

In 2008, Barack Obama became the first African-American to be elected president of the United States, with 52.8% of the vote, and declared the war in Iraq over, ordering the last combat troops to leave the country in December 2011.
Three years later, Obamacare, the Affordable Care Act, came into effect, which represented the largest expansion of the social welfare state in decades. Over 7.3 million people joined the system.

In 2015, billionaire businessman Donald Trump, with no political or military experience, was nominated for the presidential elections in 2016, rising to the top of the polls on a populist message, surprising many people within the USA and around the world. During those elections, he won over Democratic challenger and former Secretary of State Hillary Clinton, the first woman to run for the highest office from a major party.

In July 2018, after months of negotiations with China, tariffs against $34 billion of their goods go into position, which could signal the largest trade war in history.

New York Harbour was discovered by the Italian, Giovanni da Verrazzano, during his explorations of the east coast of America in 1524.

He recorded meetings with the indigenous Lenape Native Americans, but it seems that he did not venture further inland. Almost a century after Verrazzano explorations, an Englishman working for the Dutch East India Company, Henry Hudson (after whom New York's Hudson River is named) discovered Manhattan in 1609 and sailed inland to the site of the present day state capital, Albany. The Dutch established the settlement of New Amsterdam in 1613, and began colonisation in 1624. The island of Manhattan was officially purchased from the Lenape Indians by the governor of New Holland in 1626, for the sum of 24 dollars.

The British took control of the city in 1664 and renamed it New York, in honour of the Duke of York. In 1667, at the end of the second Anglo-Dutch, the Treaty of Breda officially accorded the sovereignty of the colony to the British. The city was further colonised by English puritans, fleeing persecution in their home country.

The city turned was the site of a series of battles during the American War of Independence and was occupied by the British until the end of the war. New York briefly became the capital of the newly formed United States of America between 1788 and 1790.

Following the opening of the Erie Canal in 1825, New York became the gateway between the Great Lakes and the agricultural Great Plains and overtook Boston and Philadelphia in economic importance. A period of increased immigration followed, with European immigrants rushing to start a new life in the United States, followed by an influx of African Americans coming to city from the southern states in the 1920s.

In 1925, New York took over the title of world's most populous city' from London. The 1920s saw a huge boom in the city's development; many of its sky-scrapers dating from this period. The stock market crash of 1929 and an overall economic downturn led to the Great Depression of the 1930s. Unemployment in some areas soared to 20% and in many sectors took decades to fully recover.

New York played a major role during the Second World War as a financial and industrial centre and emerged after the war as one of the most economically powerful cities in the World. The growth of post-war suburbs, urban migration and a rising crime rate resulted in a population decline between 1970 and 1990, but efforts by the city's charismatic mayor, Rudolph Giuliani, to improve quality of life and reduce crime rates paid off and people have returned the city.

On September 11th, 2001, the city was the victim of terrorist attacks, when the World Trade Centre, the city's tallest buildings, were destroyed by two hijacked passenger aircrafts. Almost 3,000 people lost their lives, including many emergency services personnel who were trapped in the wreckage of the falling buildings. A memorial was constructed on the site of the World Trade Centre.

Today, New York City is a global power, as well as the cultural, financial, and media capital of the world. It is also home to the United Nations headquarters and it is an important centre for international diplomacy.

Do you have comments or personal information to communicate about this article? Add your comment.
Find links about overview / history of New York City and a lot more in The links of expatriation.
Find more definitions and general answers on expatriation issues in the Expat FAQ (Frequently Asked Questions).
Read more...


Go to the Forum to talk more about history of New York City, overview.
Search for members in the Usa