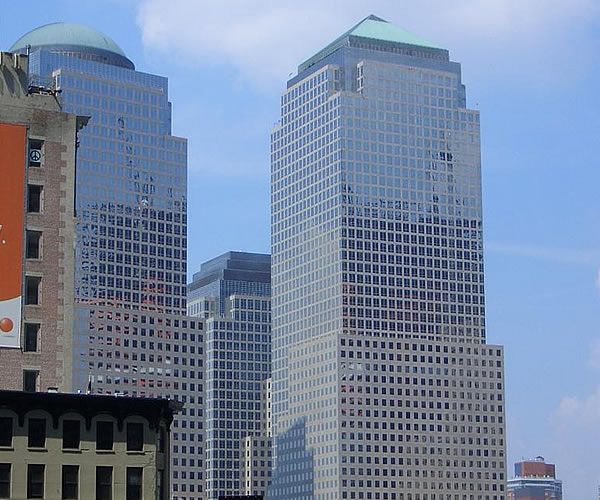 Tools:
Bookmark
Comments
Print
Send
Tools:
For your offers and searches for accommodations, but also for exchange of conversation and other ads, EasyExpat provides a classified ad section.

Prepare for your Housing Search in NYC

Finding a place to stay in NYC can be an expensive process. This is one of the most expensive places to live in the USA with some of the most valuable real estate in the world.

Before you start your search there are several points you should consider that will influence your search:

NYC is a city that is ever-changing, with each neighbourhood hosting its own unique personality and community. The buildings, people, and events vary widely from place to place, and finding the right neighbourhood can be like finding your soul mate.

Traveling through New York can be incredibly confusing as the neighbourhoods are sometimes named for the geography such as "Upper East Side" or are acronyms like TriBeCa (for "TRIangle BElow CAnal Street") or SoHo ("SOuth of HOuston").

To understand the neighbourhoods, here is an overview on Manhattan's geography:

The heart of the New York City is the skyscraper packed island of Manhattan, located just off the coast of the state, with 1,620,867 people. It is the most densely populated borough with people as well as skyscrapers. The borough is the financial centre of the city, houses the United Nations, international headquarters, and many cultural attractions. Manhattan is loosely divided into Lower, Midtown, and Uptown regions. Uptown Manhattan is divided by Central Park into the Upper East Side and the Upper West Side, and above the park is Harlem.

Here are some of Manhattan's most identifiable neighbourhoods:

The city also consists of four other boroughs: The Bronx, Brooklyn, Queens, and Staten Island. If the boroughs were independent cities, they would be among the ten most populous cities in the United States. The four other boroughs are easily reached by NYC metro and are often thousands of dollars cheaper to live than within Manhattan. Bronx, Queens, Brooklyn and Staten Island can all receive a bad rap for not being in downtown, but the benefits of larger living spaces, the neighbourhoods own identifiable characteristics and the chance to unwind from the hectic centre have always drawn a large population.

How to Search for Accommodation in NYC

Most rooms, flats, apartments or houses are advertised on accommodation websites. You can search for a particular type of accommodation and set up alerts for your specific requirements.

There are still some accommodation sections in major newspapers, although these are more often found on the newspaper's website. For example:

Keep your eyes open in desirable neighborhoods as notices for lease can be posted in shops, college notice boards, or even in the windows of available accommodation.

Never miss an opportunity to network in NYC. If you are looking for a place, tell all your friends and contacts. You can also utilize social media with posts on Facebook or neighbourhood site, Nextdoor.

Brokers are commercial organisations that help you find private rented accommodation. Hiring a broker may save you a lot of time and worry as these have become the norm in most of NYC but add a hefty cost to renting in the city. A broker's fee is charged to the renter at the rate of 10 - 15 percent of a year's rent is common.

To find out more about "rental agents in NYC", in EasyExpat.com we invite you to read Emily Nonko article "NYC rental brokers: Why they exist and how to work with them".

Flatsharing is the most popular option among students or newcomers to the city. This helps make the city more affordable but can be complicated as space is limited and living in close quarters with a stranger is bound to be an adjustment. It is important that you look for the right situation and only sign contracts that you completely understand and feel comfortable with.

On the other hand, living with a roommate can have benefits, like socializing, sharing experiences in the city, and splitting household chores.

To protect yourself against potential problems, try to arrange it so that your roommates co-sign the lease. This makes all the roommates responsible for whatever happens to the property.

Popular websites to find a roommate:

To first get established in the city, you might want to visit or stay in a hostel or short-term accommodation for a period before deciding on a permanent location. Luckily, New York City offers a good selection of hostels, both in terms of quality and price. Most hostels are conveniently located in Manhattan, although prices are cheaper off the island and transportation makes moving around the city manageable.

The prices for a bed in a dorm start from $29, with private rooms starting at $130. The most credible webpages to find a hostel in New York are:

Looking for cheap accommodation in New York City isn’t easy and can be time consuming. Fortunately the times of browsing innumerable adverts, making hundreds of phone calls and visiting dozen of houses belong to the past: with Uniplaces now you can look for your room comfortably sitting at home. You can pick a room in a shared home with other expats, a studio flat if you want more privacy, or you can team up with other friends and rent an entire apartment just for yourselves.

The booking system is very simple and doesn’t require any visit: all can be done in advance thanks to the detailed descriptions and photos of the rooms and you can secure your room before even getting there. Moreover the Uniplaces team will be available for any questions and help.

Uniplaces is an online marketplace for booking mid-long term accommodation with thousands of verified properties.

short term cheap accomodation
I recommand
selogernewyork.com and irentny.com
I went twice in NY with them
great price/quality/services

Student
A great site for short-term rentals in NYC is www.localbigwig.com. Here you are able to find a place to stay in a secure environment and thereby start living the local life in NYC. Good luck.

Affordable housing
If you're looking for affordable accommodation thats higher quality than most, check out http://www.nycintern.org/

The people are very helpful and friendly and the rooms are top notch.

Finding Accomodation in New York
I am here since 2 months and I found my apartment with www.nyhabitat.com
Apartments are very expensive in NY but if you search you'll find

Best Apartment Search in New York CityCrybs.com
Find a place in New York can be duanting however there is a source that i must say is the best way to find a home in New York.
http://www.citycrybs.com

Property caretaking - Rent free
The property caretaking field is growing and trustworthy people are in demand as caretakers and housesitters. Many people now own multiple homes and properties throughout the world. They often require the services of a housesitter or caretaker to look after their properties. A glance through the pages of The Caretaker Gazette reveals that, in many cases, property owners are seeking "mature" or "retired" singles and couples to fill these positions.
Housesitting and property caretaking can provide you with the opportunity to experience life in a different geographic locale and save money by living rent-free. While there are numerous positions available throughout the United States, more intrepid travelers opt to explore the caretaking lifestyle in another culture.
There are virtually no age limits when it comes to caretaking. More and more people are discovering that property caretaking can enable them to live in a variety of locales. They have found that it is a great way to get to know an area prior to making a long-term commitment.

To learn more about the property caretaking field, and all the rent-free housesitting assignments available worldwide, go to The Caretaker Gazette’s website at http://www.caretaker.org

Do you have comments or personal information to communicate about this article? Add your comment.
Find links about accommodation / finding accommodation, flatsharing, hostels in New York City and a lot more in The links of expatriation.
Find more definitions and general answers on expatriation issues in the Expat FAQ (Frequently Asked Questions).
Read more...


Go to the Forum to talk more about finding accommodation, flatsharing, hostels in New York City, accommodation.
Search for members in the Usa