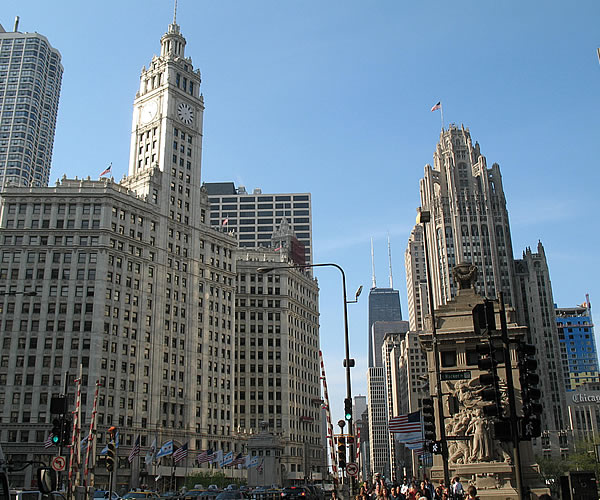 Sport and Activities in Chicago

Chicago and sports are an inseparable entity. The city has at least one team in each of the major professional sports and is one of the only cities in the United States with two professional baseball teams in the Major League Baseball Association. The Chicago Cubs compete in the central division of the National League and play their home games at legendary Wrigley Field, a turn-of-the-century steel and concrete structure where seats are close to the field. The Chicago White Sox of the American League's central division play their home games at U.S. Cellular Field on the city's South Side.

Chicago fans are renowned for their loyalty and the fierce rivalries they form between "their" team and all others. The Chicago Bears of the National Football League's National Conference have even been a perennial letdown since their 1985 SuperBowl season, yet their fans are as fervent as ever. This relationship between Chicago fans and the Bears has even been made into a famous recurring skit on a national comedy show- Saturday Night Live. The Chicago Fire, Chicago's Major League Soccer franchise, also play at Soldier Field. The Chicago Blackhawks of the National Hockey League and the Chicago Bulls of the National Basketball Association play their home schedules at the United Center.

If speed is your thing, auto racing takes place at the Chicago Motor Speedway in Cicero and horse racing action takes place from July to November at Hawthorne Race Course in Stickney/Cicero.

There are over 550 different parks to choose from in and around Chicago. Parks make up a total area of 7,300 acres, including Lincoln Park, Grant Park, Jackson Park, and Washington Park. Chicago also features a paved lakefront pathway along the south side of the city to the north side where many citizens and visitors bike, walk, run, and skate. For some less active outdoor time, Chicago has 29 miles of lakefront beaches and yacht clubs to enjoy lounging and water sports. Another way to enjoy the waters is to engage in fishing season on Lake Michigan which runs year round, while the lake's boating season generally extends from May 15 to October 15.

Another type of major sporting event is the annual Chicago to Mackinac Island (Michigan) sailboat race. The event is also known as the Chi-Mac, Chicago Mackinac or simply "The Mac". Over 300 boats with crews in excess of 3,000 take off from the harbor of Chicago up Lake Michigan and through the Straits of Mackinac to end at beautiful Mackinaw Island, Michigan.

The LaSalle Bank Chicago Marathon was started in 1977 as the Mayor Daley Marathon. Occurring annually every October, the marathon has grown in popularity over the years to become one of the largest and most prestigious marathons in the world with many world records being set there. 40,000 runners of all skill levels complete the 26.2 mile race that begins and ends at Grant Park. Even more spectators cheer the runners from the sidelines as the fast course wraps around the downtown Loop and many of the city's neighborhoods.

Do you have comments or personal information to communicate about this article? Add your comment.
Find links about entertainment / sport and activities in Chicago and a lot more in The links of expatriation.
Find more definitions and general answers on expatriation issues in the Expat FAQ (Frequently Asked Questions).
Read more...


Go to the Forum to talk more about sport and activities in Chicago, entertainment.
Search for members in the United States