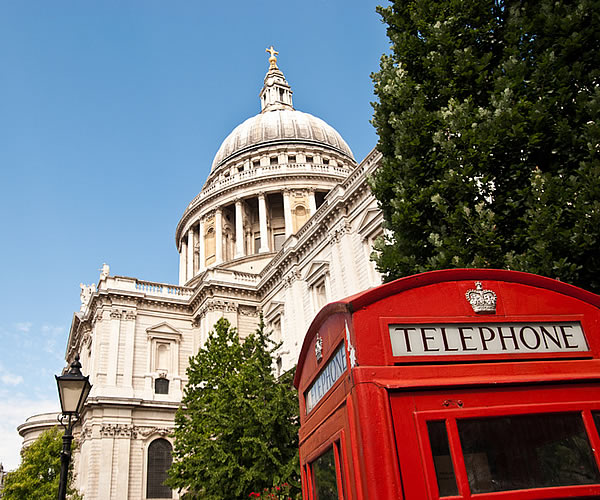 A tiny country that attempted to rule the world and nearly succeeded, there are few things that have not been influenced by the English. They have given the world the "stiff upper lip" and the comedy of Monty Python. The English developed tea, cricket, and IPA (Indian Pale Ales) which have been adopted by countries all over the world. Fish and chips, the Union Jack, and sayings like "Keep calm and carry On" have become synonymous with British culture and found anywhere. This small country has left an immeasurable mark on the world.

However, England has not just exported it's influence, it has been influenced by the world around it. Despite England's firm grasp on the past, the country is ever evolving and being changed by its people. The long arms that brought British culture to commonwealths have brought back inspiration from India, Jamaica, Malaysia, Sierra Leone, and more. The country has some of the best cuisine from across the globe and an ever growing multi-cultural population. This has brought challenges, as well as strengthened the country's ability to understand the changing world.

London has been a destination for almost as long as it's been a city. It has attracted visitors, expats, and business from every continent with it's attractions, people, opportunities, and vibrant atmosphere. It is within the city that you can hear "the Queen's English", the rhymes of cockney, and even the sing-songy accents of Indian English. The city is a combination of everything you know about England and on the edge of what is happening around the world. It is both a city of history, and a city of tomorrow.

Part of the United Kingdom, the country lies on the northern third of the island of Great Britain in north-western Europe at the geographic coordinates of 54 00 N, 2 00 W. In addition, there are over 790 small islands including the Isle of Wight. The area is 129,720 square km (50,085 sq miles) with a population of roughly 51,446,000. To give an idea of the size, note that England is 74 times smaller than the USA, 59 times smaller than Australia and 3 times smaller than Japan.

England is bordered by Scotland to the north, Wales to the west, the Irish Sea to the north west, the Celtic Sea to the south west, with the North Sea to the east and the English Channel separating it from continental Europe. There is over 3,200 km of coastline. It is separated from France by just 52 km (32 miles). The Channel Tunnel directly links England to mainland Europe beneath the waters with the English/French border halfway into the tunnel.

Images of England are composed of eternal drizzling rain, rolling green hills, and thatched rooftops. The north is generally more hilly with a flatter south. The approximate dividing line between terrain types is the Tees-Exe line. The north is more mountainous with the Pennines dividing east and west. Hills prevail in the Midlands and the Lake District, the North York Moors, and the Peak District with the highest point at Scafell Pike 978 meter (3210 ft). East Anglia and the Fens are much flatter with the Fens holding the record for lowest point at 4.6 meters (15 feet) below sea level.

England is a seafaring land with water being an important element of it's geography. The Thames is the longest river within England at 346 km with the Severn that runs through Wales and England officially the longest. Most of its largest lakes lie within the aptly named Lake District in Cumbria, Northern England. The largest lake is Windermere (14.7 sq km) and the highest waterfall is Cauldron Snout (Cumbria) which is 60 meters (200 feet) high.

England has a temperate climate of warm summers and cool winters with frequent rainfall year round. Temperatures very according to seasons, but not drastically as temperatures rarely fall below -5 degrees C (23 degrees F) or rise above 30 degrees C (86 degrees F). England offers warmer maximum and minimum temperatures and is sunnier than the other countries of the UK. July and August are normally the warmest months in England, and February is the coldest month. The most pleasant month for travel tend to be May, June, September and October.

England utilizes Daylight Saving Time. Daylight saving time is referred to as "British Summer Time". For current time and the next change in time, refer here.

London is the vibrant heart of England and the United Kingdom. It is the capital, largest metropolitan area, and global destination. Located in the south east corner of the country, the city lies within the bowl of the London Basin. The center of the basin is dominated by the river Thames (pronounced like Tems) which forms a corridor running from west to east. The largest river of the London area, it is a major geographic feature.

Most of central London is quite flat with only a few hills such as Ludgate Hill, Corn Hill and Tower Hill. North London is ridged with high ground of Hampstead Heath and Highgate Hill. To the south, a ridge runs towards Primrose Hill and Parliament Hill. The east and northeast lies on the floodplain of the Thames.

London's climate is considered temperate maritime. This means that temperatures are moderate with an average summer high temperature of 70-75 degrees F (21 - 24 degrees C) and winter temperature of -4 to 14 degrees C (24.8 - 57.2 degrees F).

Despite its reputation as being a rainy city, London does not receive a significant amount of precipitation. Rain tends to be frequent, but does not amount to as much annually as Rome or Bordeaux. Snow is infrequent and rarely more than a few inches.

The term London refers to a vast modern metropolis. The city has merged with outlying suburbs and become "Greater London" which contains 32 boroughs. Some of the major regions and districts are below.

Our network of international removal companies can move your furniture & possessions to United Kingdom and anywhere overseas.

Do you have comments or personal information to communicate about this article? Add your comment.
Find links about overview / geography of London and a lot more in The links of expatriation.
Find more definitions and general answers on expatriation issues in the Expat FAQ (Frequently Asked Questions).
Read more...


Go to the Forum to talk more about geography of London, overview.
Search for members in the United Kingdom