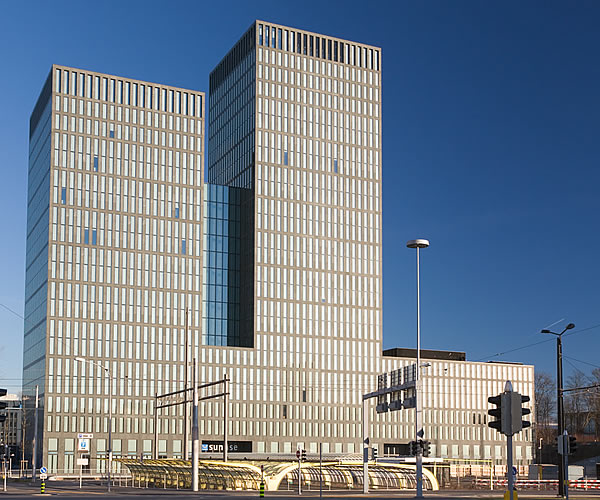 The country is sometimes considered a tax haven due to its general low rate of taxation and various tax exemptions or reductions. The Swiss Federal Tax Administration is responsible for taxation in Switzerland.

All persons resident in Switzerland are liable for the taxation of their worldwide income and assets, except on the income and wealth from foreign business or real estate.

Income tax is levied on both income from work (wage) and income from personal assets (interest, dividend). However, capital gains on private property (such as profits from the sale of shares) are tax-free, except where the cantons levy a tax on real estate capital gains. Either a progressive or proportional income tax is levied by the Confederation and by the cantons on the income of natural persons. The tax burden varies substantially from one canton to another and, within the same canton, from one municipality to another. The tax burden largely depends to on the place of residence.

In the Canton of Zurich, the highest marginal income tax rates for federal, cantonal and municipal taxes amount to 40 percent of the taxable income in the city of Zurich.

Certain expenses are deductible. These include social security or pension fund payments, expenses related to the gain of income (such as employment expenses and maintenance costs of real estate) and alimonies. Gifts and inheritances are also exempt from the income tax, but are subject to separate cantonal taxes.

A proportional property tax of 0.3 to 0.5 percent is levied by the cantons on the net worth of natural persons. The tax is levied on the value of all assets (such as real estate, shares or funds) after the deduction of any debts.

The canton of Zürich levies inheritance and gifts taxes. Gifts taxes apply to gifts made during the donor's lifetime. The tax is calculated on the net value of the estate or gift. The tax rate depends on the relationship between the donor/deceased and the donee/heir. The canton of Zürich does not levy gifts and inheritance taxes between spouses or registered partners and between parents and children. For example, if a person donates CHF 500,000 to a third party (i.e. not a relative or to his spouse) the taxes amount to CHF 140,400.

Capital gains deriving from a sale of property are being taxed at rates between 0.3-3 percent, depending on time of ownership.

A few cantons charge a tax for the transfer of rights when buying a property. Tax rates are between 1-3 percent of the purchase price.

Motor vehicles are taxed between CHF 200 - 2,500 per year depending on the canton. Rates also depend on the engine power of the vehicle.

Value-added tax (Mehrwertsteuer / Taxe sur la Valeur Ajoutée) is usually included in the price. It is currently at 8 percent on most goods and services, one of the lowest rates in Europe. Certain exchanges, including those of foodstuffs, drugs, books and newspapers, are subject to a reduced VAT of 2.4 percent. Hotels are usually 3.8 percent. Medical care and education are not charged a VAT.

As a rule, taxpayers must file an annual tax return by post or by the internet, by March 15 following the tax year. This is only if annual gross income exceeds CHF 120,000. Electronic declarations for individuals and self-employed people can be made by downloading the software Private Tax System from the website of the Zürich Tax Office. The tax office usually issues invoices for the payment of installments and a final statement after the tax assessment for the respective tax year.

For tax purposes, residence arises if a person stays in Switzerland for 30 days, or for 90 days if he or she does not work. Non-residents are also taxed on certain Swiss assets or on the income from certain Swiss sources, such as from real estate, permanent business establishments or pensions. Non-working foreigner residents in Switzerland may choose to pay a "lump-sum tax" instead of the normal income tax. The tax is generally much lower than the normal income tax and is nominally levied on the taxpayer's living expenses. In practice (which varies from canton to canton), it is common to use the quintuple of the rent paid by the taxpayer as a basis for the lump-sum taxation. This option contributes to Switzerland's status as a tax haven, and has induced many wealthy foreigners to live in Switzerland.

There are also special federal tax benefits for expatriates. Most cantons give expats preferred tax treatment. Expatriates are either assessed by due process of law, or they are subject to withholding tax, which the employer deducts directly from their paycheck. The tax rates include certain tax-free allowances for work-related expenses, insurance premiums and family upkeep. Expenses such as moving costs or tuition for international schools are also deductible.

Double tax treaties exist that may provide tax relief where a tax resident also pays income tax in another country. Switzerland has signed comprehensive double taxation agreements with over 100 countries. The general effect of the treaties for non-residents from treaty countries is that they can obtain a partial or total refund of tax withheld by the Swiss paying agent.

Consult with your embassy to find out if your country has an agreement and for further information.

If you want to move money abroad, from Switzerland or to Switzerland for example, Fexco provides efficient and secure global bank to bank transfers and bespoke payment solutions for both business and personal clients.

Do you have comments or personal information to communicate about this article? Add your comment.
Find links about at work / tax system in Zurich and a lot more in The links of expatriation.
Find more definitions and general answers on expatriation issues in the Expat FAQ (Frequently Asked Questions).
Read more...


Go to the Forum to talk more about tax system in Zurich, at work.
Search for members in Switzerland