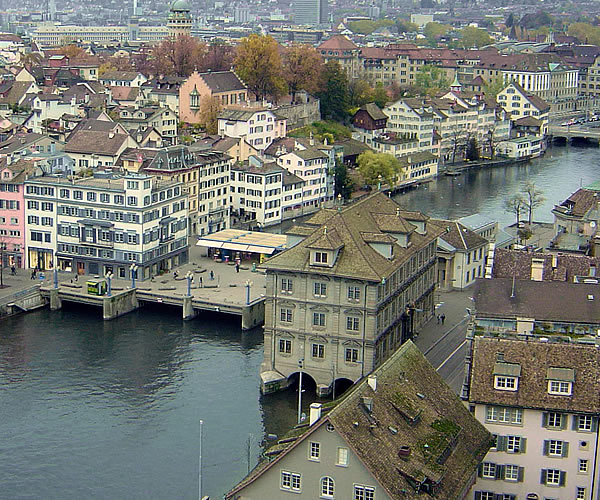 Switzerland has a prosperous and stable modern market economy with low unemployment and a highly skilled labor force. Along with joining the EU, Switzerland is working on conformity with the EU's. It is a safe haven for investors because of it's bank secrecy and long-term stability of the Swiss Franc. It is ranked as having one of the most powerful economies in the world and has the highest European rating in the Index of Economic Freedom 2010.

Around 3.8 million people work in Switzerland. The nominal per capita GDP is one of the highest in the world. For much of the 20th century, Switzerland was the wealthiest country in Europe. The median income after social security, taxes and mandatory health insurance is in excess of 80,000 CHF.

Switzerland is home to several large multinational corporations. These include Glencore, Nestle, Novartis, Hoffmann-La Roche, ABB and Adecco, UBS AG, Zurich Financial Services, Credit Suisse, Swiss Re, and The Swatch Group. The major industries are chemicals, health and pharmaceutical, measuring instruments, musical instruments, real estate, banking and insurance, tourism, and international organizations. The largest exported goods are chemicals, machines/electronics, and precision instruments/watches. Production costs in Switzerland are lower than in competing economic areas thanks to high productivity levels and low non-wage labor costs in comparison with other countries around the world.

Zurich is a leading global city with a vibrant financial center. Zurich benefits from the high level of investment in education that is typical of Switzerland in general and provides skilled labor at all levels. Many of Switzerland's research and development centers are concentrated in Zurich, but the most important is the service industry. About 330,000 people have found work in Zurich, with about 90 percent in the service sector. Other important industries include light industry, machine and textile industries and tourism. Other areas of growth include biotechnology and life sciences.

Most Swiss banks are headquartered in Zurich and there are numerous foreign banks in the Greater Zurich Area. The Swiss Stock Exchange, called SIX Swiss Exchange, was established here in 1877 and is the fourth most prominent stock exchange in the world. The main stock market index for the SIX Swiss Exchange is the SMI, the Swiss Market Index. The index consists of the 20 most significant equity-securities based on the free float market capitalization. In addition Zurich is the world's largest gold trading center.

The quality of life is also high in Zurich. It receives high scores for work, housing, leisure, education and safety. It is also consistently ranked as one of the most expensive city in the world.

Do you have comments or personal information to communicate about this article? Add your comment.
Find links about overview / economy of Zurich and a lot more in The links of expatriation.
Find more definitions and general answers on expatriation issues in the Expat FAQ (Frequently Asked Questions).
Read more...


Go to the Forum to talk more about economy of Zurich, overview.
Search for members in Switzerland