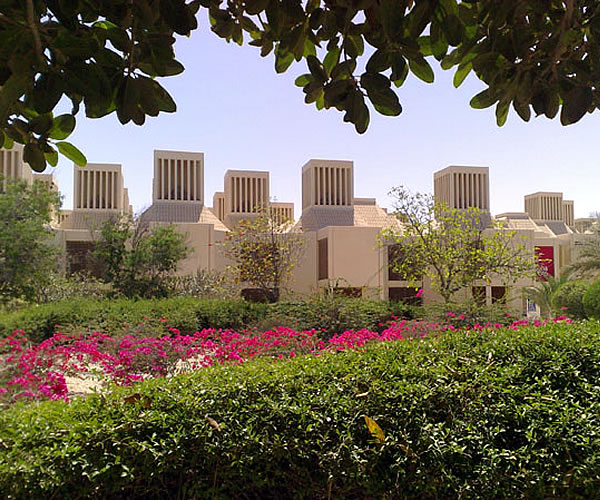 For general emergencies in Doha, call 999.

For GSM users, there is a worldwide emergency number. Dial 112 and your mobile phone will search for any existing network to establish an emergency service for you. This function will operate even if you phone has no SIM card, or your keypad is locked.

Other important phone numbers for emergencies are:

You should dress modestly while in public in Qatar and Doha, including while driving. Women should cover their shoulders and avoid wearing short skirts. Intimacy between men and women in public can lead to arrest, including between teenagers. Homosexual behaviour is also illegal in Qatar.

You should not sit in a way that shows the soles of your feet or shoes to Qatari hosts, this is considered insulting. You also shouldn't sit with your back towards other guests (chairs are usually arranged around the walls to avoid this).

You should not accept items with your left hand. If you're eating with your fingers, you should also follow Muslim conventions and use only your right hand.

Do not go to the seaside barefoot in Doha. While stonefish are rare, they can be found along the country's shorelines, and will inject poison into your food if you tread on them.

Qatar is prone to haze, dust storms and sandstorms. Given the high temperatures in Qatar, you should drink plenty of fluids (at least eight pints a day) and use high-factor sunblock throughout the year.

Do you have comments or personal information to communicate about this article? Add your comment.
Find links about public services / emergency services in Doha and a lot more in The links of expatriation.
Find more definitions and general answers on expatriation issues in the Expat FAQ (Frequently Asked Questions).
Read more...


Go to the Forum to talk more about emergency services in Doha, public services.
Search for members in Qatar