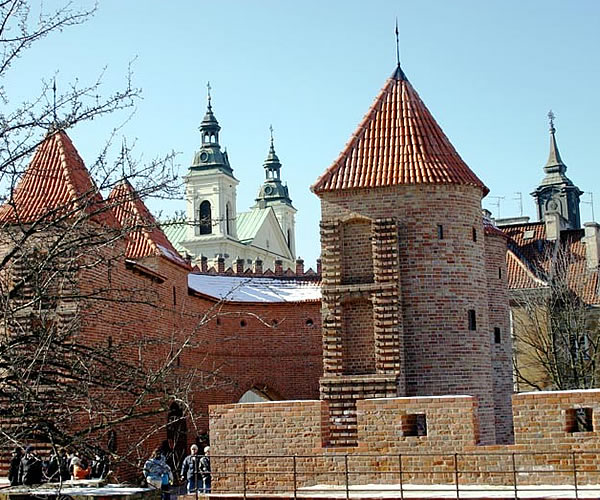 Warsaw is one of Poland's major industrial centers. It is home not only to many national institutions and government agencies, but also to many domestic and international companies.

According to figures published by the city's government, Warsaw's economy is largely based on the service sector, which employs more than 70 percent of the workforce. One of the biggest developments in this sector has been in banking and finance. The city is home to both the National Bank of Poland and Warsaw Stock Exchange, which reopened in 1991 after being closed down some 50 years earlier.
Warsaw produces 13,3 % of Poland's national income which per capita is estimated at around 290 % of Polish average. The nominal GDP (PPP) per capita in Warsaw was about $ 38,000 in 2007.

In 2007 Warsaw was ranked the 67th world's most expensive city to live in. Warsaw has the lowest unemployment rate in Poland - not exceeding 3%, according to the official figures - and companies operating in the city benefit from a well educated workforce that is attracted there from all over the country.

Warsaw, together with Frankfurt, London and Paris, is said to be one of the tallest cities in Europe. Eleven of the tallest skyscrapers in Poland, nine of which are office buildings, are located in Warsaw. And new structures are being proposed or build with every year.

Do you have comments or personal information to communicate about this article? Add your comment.
Find links about overview / economy of Warsaw and a lot more in The links of expatriation.
Find more definitions and general answers on expatriation issues in the Expat FAQ (Frequently Asked Questions).
Read more...


Go to the Forum to talk more about economy of Warsaw, overview.
Search for members in Poland