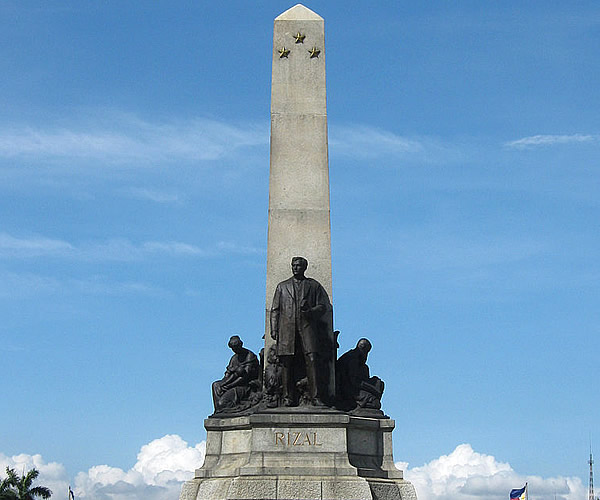 Tourism and Sightseeing in Manila

The Philippines remains to be a tourist destination for people around the world with over 540,000 visitors in February 2016. The Philippines provides remarkable sights and experiences like no other.

The official tourism site for the Philippines is:
http://itsmorefuninthephilippines.com/.

The official tourism site for Manila is:
http://itsmorefuninthephilippines.com/destination/manila/.

Manila has various tourist spots and historic sites to visit.

Luneta Park, also known as Rizal Park, is one of the major tourist attractions in Manila. It is home to the monument of Jose Rizal, the Philippines' national hero. The kilometer zero marker is also found here and is used as the focal point to measure all road distances from Manila.

Intramuros is the oldest district and historic center of Manila. It was the original seat of government in Manila and was constructed as a walled city. Intramuros is a Spanish word which translates to "within the walls".

Manila Bay serves as the main port of Manila. You can stroll along the baywalk, a two-kilometer boardwalk stretch with views of the bay and surrounding areas. Sunset is the best time for a walk as Manila Bay sunsets are one of the best in the world.

Manila Ocean Park is an oceanarium with various sections including an underwater acrylic tunnel and a musical fountain. It also has a concourse plaza which hosts events, concerts and performances. There is a nearby marine-themed mall and the Hotel H2O with marine-themed rooms and suites.

Ayala Triangle Gardens is one of the few green areas in the central business district of Makati. It is a park frequented by joggers, pet owners and those who want some peace and quiet of their own. The park houses restaurants and hosts events such as art exhibits and the famous lights and sounds show during the holiday season.

La Mesa Ecopark is an outdoor and recreational park in Quezon City. It is a popular destination for family outings, picnics and educational field trips. It has orchidariums, walking and biking trails and swimming pools. It also has a butterfly sanctuary as well as a lagoon for fishing and boating.

Tagaytay is a mountain town south of Manila. It's a three-hour drive from Manila with a cooler climate and incredible views of Taal Lake. Taal Volcano, located within Taal Lake, is the smallest active volcano in the world. Tagaytay also has many restaurants worth visiting.

Corregidor Island is an island located at the entrance of Manila Bay. It was fortified to defend the city of Manila from attacks during war. It houses the Pacific War Memorial which commemorates the Filipino and American soldiers who died during World War II. It also houses the Malinta Tunnel, the Japanese Garden of Peace and the Corregidor Lighthouse.

There is a range of tours with different focus areas and price points.

Tours can last as little as an hour, with many in a two to four hour range. Most tours have a fee and are lead by a tour guide.

How to Find a Tour

Many of these types of tours meet at tourist attractions or transportation hubs. Investigate the scene before arrival through forums or by visiting the actual tour website to find out your options.

The Philippines is known for its countless festivals, locally called fiestas. Fiestas are rooted in Christianity since the Philippines is a predominantly Catholic nation. Fiestas were celebrated in honor of a patron saint. Most fiestas are now either religious or cultural. Below is a list of major festivals around Manila.

Caracol Festival - This festival is celebrated by Makati City in honor of Mother Earth and her bounty.

Bamboo Organ Festival - This festival celebrates the first and only bamboo organ in the world located in Las Piñas City. A musical show is held where organists will play the bamboo organ.

Aliwan Fiesta - This festival celebrates the different fiestas across the country. Contingents of street dancers from around the Philippines gather around Pasay City to showcase their talent and heritage.

Do you have comments or personal information to communicate about this article? Add your comment.
Find links about entertainment / tourism and sightseeing in Manila and a lot more in The links of expatriation.
Find more definitions and general answers on expatriation issues in the Expat FAQ (Frequently Asked Questions).
Read more...


Go to the Forum to talk more about tourism and sightseeing in Manila, entertainment.
Search for members in Philippines