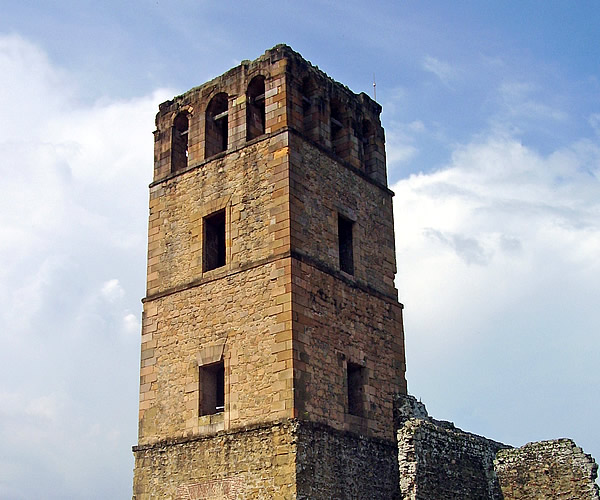 Panama is a small country with an isthmus that humbly sits in between two continents. When a country has such a perfect geographical location for all the power players in the world to discover, it can either rise or fall to the occasion. Panama chose to rise.

It has survived colonization from the Spanish, enslavement of its people, foreign invasions, civil strife after the construction on the Panama Canal, and it even went head-to-head with an American president or two—and won. Now, the people of Panama, natives, and immigrants alike, are enjoying the fruits of their centuries of labour.

Just like much of the Americas, Panama was forever changed once it was colonized, and it too has disheartening moments in its history highlighted by slavery and mass extinctions of most of its indigenous people. But now Panama is known for its revolutionary canal that forever changed the maritime trade sector. It also has a well-earned reputation for being a tax haven, a beach vacationer's paradise, a food lover's dream, and a country on an economic rise as it has played so many geopolitical cards correctly with that canal of theirs.

While Panama can take pride in its beautiful coastal and island holiday destinations, at the heart of the country is its namesake capital city. Not only is it filled with an intriguing history, but Panama City is now ripe with opportunities for the future. The city continues to flourish as many foreign businesses, big and small, take advantage of its generous tax laws. It is also prime international real estate as many foreign investors, including the president of the United of States, continue to build sky rise hotels, commercial buildings and condos. But most importantly, despite its accomplishments, Panama remains charmingly rich in culture, history, travel and hospitality. Yes, it's small is size, but Panama continues to make a big imprint on the world.

As Central America's southernmost country, Panama occupies the geographic coordinates of 8.5380° N and 80.7821° W. Its small residence on the planet takes up a meager 74,177 square kilometers (29,762 sq. miles), with a population a little over four million. Bordered by the Pacific Ocean to the left, and the Atlantic to the right, Panama acts as the continental divide between North and South America.

Panama's neighbor to the north is Costa Rica, while its neighbor to the south is Colombia. The Pan-American highway, that links the north and south Americas, breaks between Panama and Colombia in an infamous swampy, remote forest called the Darién Gap. Many kidnappings for ransom have taken place here and it is a very dangerous idea to attempt to travel through the Darién, even with a guide.

Luckily, that is not on most visitors' radars, as the numerous beaches are what Panama is favored for. Bocas del Toro province has numerous islands while the San Blas Islands contain over 350. Panama is also littered with nearly 500 rivers and holds a central spine of mountains and hills. Panama also has many good natural harbors, including the terminal ports of Cristóbal and Balboa, located at separate ends of the Panama Canal.

Panama has a tropical climate and tends to have high temperatures all year round. There is very small variation between seasons. On most days in the capital, one can expect a morning temperature of about 24 °C (75.2 °F) and 29 °C (84.2 °F) for the afternoon. On the Pacific side of the Panamanian isthmus however, temperatures tend to be lower.

Panama City, situated at the very center of the Pacific side of isthmus, is a city of the old and the new. Its modern skyscrapers overlook the ocean coastline, while its historic quarter Casco Viejo is marked by cobblestone roads and colonial era architecture. The urban population of the city is around 880,700, and its metropolitan population is just over 1.5 million.

The capital is famous for the Panama Canal, a man-made waterway that extends to 77 kilometers. It is an artificial junction between the Atlantic Ocean and the Pacific Ocean, and acts as a channel for maritime trade.

Panama City is divided into 24 corregimientos, which are subdivisions of a city used for royal administration objectives. The financial district, where you will find most expats nestled under the towering skyscrapers, does not belong to any of the corregimientos. The corregimientos make up the urban district. The most notable ones include:

This corregimiento holds the old quarter Casco Viejo. After its completion in 1673, many of the buildings here are now run down or abandoned.

Founded in 1915, the bulk of the population were immigrants who came to work on the Panama Canal. It is the heart of the city's diversity. Today, it is the only corregimiento that can boast two first division clubs in Panama's football league.

Like the rest of the country, Panama City has a tropical climate, although drier than the beach towns of the country. The average temperature high falls between 32-34 degrees C all year (91-94 degrees F), with the low maintaining between 18-20 degrees C (65-67 degrees F). The wet season takes place from May to December.

If you want to move money abroad, from Panama or to Panama for example, Fexco provides efficient and secure global bank to bank transfers and bespoke payment solutions for both business and personal clients.

Do you have comments or personal information to communicate about this article? Add your comment.
Find links about overview / geography of Panama City and a lot more in The links of expatriation.
Find more definitions and general answers on expatriation issues in the Expat FAQ (Frequently Asked Questions).
Read more...


Go to the Forum to talk more about geography of Panama City, overview.
Search for members in Panama


The latest messages posted on the expat forums - Panama City