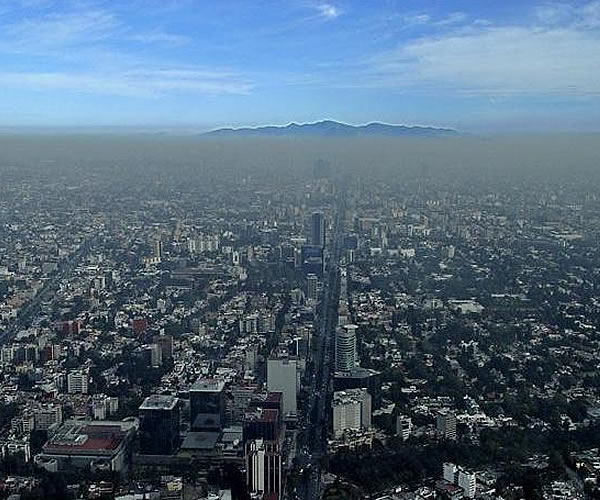 Satellite and cable subscription is common for the upper-classes in Mexico City. Besides the obvious differences between having a satellite dish or cable cords, there are many different companies in Mexico City with a wide range of prices from which to choose from.

When considering cable TV: There are 158 Mexican cable companies that compete fiercely for business. CableVision offers many different services including phone, internet and cable and is the biggest service in Mexico. Megacable is another company that has earned a reputation of being an industry leader, adopting new technologies in line with US cable operators including Comcast.

When considering Satellite TV: There are three major suppliers of English speaking services. They are StarChoice, DishNet and DirecTV. Outside of those devoted to English service, SkyTV offers broadcasting for programs in Spanish and English. For around $60 a month SkyTV offers HBO, Animal Planet, History, etc.

There are numerous Internet-access providers—though they all use the Telmex network. There are often packages of internet, cable, and a phone line being offered together at a discounted rate. In Mexico, Prodigy Internet is the main ISP with an estimated of 92% of the market share. It is also the leader in WiFi (hotspots) and broadband (DSL) access. The broadband service is called Prodigy Infinitum and is available in speeds of 512kbits/s, 1024 kbit/s, 2048 kbit/s, and 4096 kbit/s. The installation and DSL modem are free and it's no longer necessary to sign a 2-year service contract. Prodigy Internet in Mexico is part of Telmex (Teléfonos de México) and its sister company Telnor (Teléfonos del Noroeste). Terra is another very popular provider.

Hot Spots for WiFi connection to the Internet are available in several places around the city, particularly in malls, coffee stores and restaurants. Many are operated by the Mexican phone company Telmex through their Internet division Prodigy Movil. In order to be able to connect in those places the user must be subscribed to the service or buy a prepaid card known as "Tarjeta Multifon", cards can be bought at the Sanborns restaurant chain, Telmex stores and many stores that offer telephony related products.

The most important daily papers in Mexico are: El Dia, El Economista, El Financiero, El Nacional, El sol de Mexico, and El Universal. English-language 'global' news magazines such as Time, Newsweek, People, etc are available in their U.S. editions in cities and large towns in Mexico. The British based magazine 'Economist' is now available at larger news stands in the big cities.

"The News" is México City's English language newspaper. Relaunched in 2007 after an absence of several years, the paper is excellent resources for discovering upcoming events and issues in the city. The News is widely available in México City.

There are several very popular Spanish language magazines including: Proceso, a weekly publication with informed commentary and opinion about Mexican and Latin American politics, and Mexico Desconocido, a travel magazine with photos and highlights of travel and tourism in Mexico.

Soap operas (known as telenovelas) are translated to many different languages and seen all over the world. Stars like Verónica Castro, Lucía Méndez, Lucero, and Thalía are well-known. Even Gael García Bernal and Diego Luna from "Y tu mamá también" and current Zegna model have appeared in some telenovelas. their is also a subsection of Mexican TV that models itself after the U.S. with shows like Family Feud (100 Mexicanos Dijeron or "A hundred Mexicans said" in Spanish) and Que Dice la Gente, Big Brother, American Idol, Saturday Night Live and others. Nationwide news shows like "Las Noticias por Adela" on Televisa resemble a hybrid between Donahue and Nightline.

For a complete list of stations: Channels in Mexico.

There is a full range of radio stations with Spanish pop, rap, and even mariachi. For a complete list of programs, try radio station world. If looking for an English program:
Imagen 90.5 FM Features a twice-a-day English news program at 5:30 A.M. and 11:00 P.M. with a summary of the most important news around the globe
Ibero 90.9 FM University radio station that plays mainly indie-rock but also has cultural programs
Alfa 91.3 FM Broadcasts English language hit pop music
Beat 100.9 FM Electronic music station
Mix 106.5 FM Hits in English from the 80s, 90s, and nowadays pop/rock music
Universal 92.1 FM Old hits in English (70s, 80s)

There are many different websites that help visitors understand Mexican culture and navigate the city.

http://www.mexperience.com/
-This website covers many different experiences of living, visiting, and working in Mexico.

http://www.mexicocity.gob.mx/
- This is the official tourism website of Mexico City

Our network of international removal companies can move your furniture & possessions to Mexico and anywhere overseas.

Do you have comments or personal information to communicate about this article? Add your comment.
Find links about moving in / tv & internet in Mexico City and a lot more in The links of expatriation.
Find more definitions and general answers on expatriation issues in the Expat FAQ (Frequently Asked Questions).
Read more...


Go to the Forum to talk more about tv & internet in Mexico City, moving in.
Search for members in Mexico