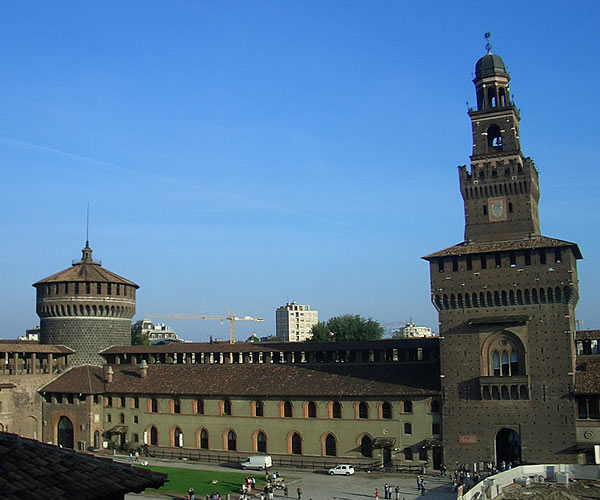 Under the 1948 constitution, legislative power is vested in a bicameral parliament consisting of the 630-member chamber of deputies, which is popularly elected, and the senate, made up of 315 members elected by region, plus 11 life members. The chamber is the more important body. The council of ministers, led by the premier, is the country's executive; it must have the confidence of parliament. The head of state is the president, chosen in a joint session by parliament. The country is divided into 20 regions, which are subdivided into a total of 94 provinces. The country's 20 regions also have parliaments and governments with limited powers. In 1989 the Italian judicial system was significantly changed, allowing for cross-examination of witnesses and the assumption of innocence on the part of the defendant.

In 1983, the republic's first Socialist-led coalition took power under Premier Bettino Craxi. The continuing sluggishness of the economy caused Craxi to institute another austerity budget, which included tax increases, service cuts, and wage adjustments. Craxi led the government for four years, until he resigned in 1987 and was replaced by Christian Democrat Giovanni Goria. Ciriaco De Mita succeeded Goria in 1988, and was himself succeeded in 1989 by Giulio Andreotti, who at the age of 70 became premier for the sixth time. In 1991 the Italian Communist party changed its name to the Democratic Party of the Left. In the 1992 elections the Christian Democrats barely maintained their coalition with the Socialists, the Liberals, and the Social Democrats. Socialist Giuliano Amato was named premier.

Corruption probes, begun in 1992 and headed by Amato, led to the arrest of hundreds of business and political figures and the investigation of many others, including several party leaders and former premiers. In 1993 Premier Amato resigned and Carlo Azeglio Ciampi, head of Italy's central bank, succeeded him. In addition, legislation largely ending proportional representation in parliament was passed. The Christian Democratic party changed its name to the Italian Popular party in 1994, but after a split in 1995, the centre-right faction became the United Christian Democratic party.

In new elections in March, 1994, a coalition of conservatives and neofascists won a majority in parliament. Billionaire industrialist Silvio Berlusconi of the fledgling conservative party Forza Italia became premier, but his coalition government disintegrated in Dec. It was succeeded by a nonpolitical centre-left government under Lamberto Dini, and then, after elections in Apr., 1996, by a centre-left government under Romano Prodi that included the Democratic Party of the Left. Following a series of upheavals over austerity measures put in place to prepare for European economic union, Prodi's government collapsed in October, 1997. Massimo D'Alema, of the Democratic Party of the Left, became premier as head of a new coalition government (Ulivo's coalition) that included seven political parties. After 2 years leading the government, managing the country with economic rigor and eventually qualifying to join the European currency (Euro), Amato succeeded as premier. However the government remained unpopular and, once again, Forza Italia won the election in May 2001 and Silvio Berlusconi became premier.

Parliament named former premier Ciampi as president in May, 1999, replacing Oscar Luigi Scalfaro, who had held the office since 1992.

Our network of international removal companies can move your furniture & possessions to Italy and anywhere overseas.

Do you have comments or personal information to communicate about this article? Add your comment.
Find links about overview / politics of Milan and a lot more in The links of expatriation.
Find more definitions and general answers on expatriation issues in the Expat FAQ (Frequently Asked Questions).
Read more...


Go to the Forum to talk more about politics of Milan, overview.
Search for members in Italy


The latest messages posted on the expat forums - Milan