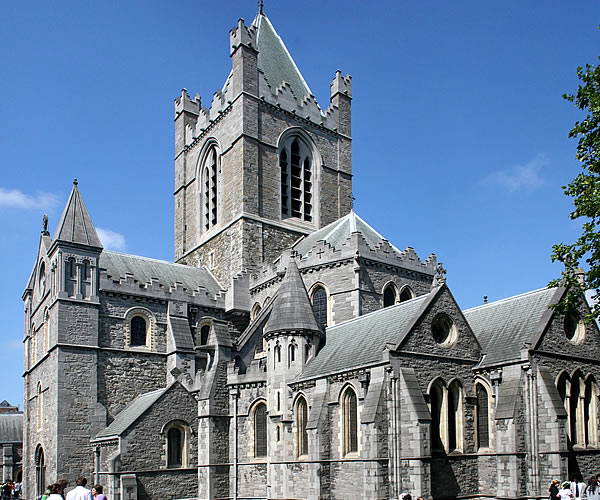 Ireland's highly industrialized economy performed extraordinarily well throughout the 1990s and most of the 2000s, encouraged by free-market policies that attracted investment capital. However, in 2008 the burst of a speculative housing bubble generated a financial crisis that was accompanied by requirements for deep austerity cuts and by a European Union-International Monetary Fund rescue package of $90 billion, part of the 2010 National Recovery Plan.

On the mainstay of Ireland national economy, agriculture and farming continue to be the most important economic activities. Most of their gross outputs consist of livestock and livestock products, with beef as the biggest single item in the midlands and dairy farming in the south.

Other important products are cereals in the east and southeast, poultry, eggs, sheep and wool on the rugged hills and mountain slopes throughout the country, as well as root crops, including sugar beets and potatoes. The bloodstock (Thoroughbred) industry is a thriving economic sector and has won worldwide fame for the Irish racehorse.

Wide ranges of manufactured products are also exported, including electrical machinery and computer software, processed foods, chemical products, petroleum and petroleum products, clothing and textiles, and beverages. And although The United Kingdom remains Ireland's chief trading partner, other major partners include the other countries of the EU (notably Germany, Belgium, and the Netherlands), the United States, China, and Switzerland.

Tourism is the island's fastest growing industry and responsible for in excess of 4% of GNP. Its value has increased considerably since the 1950s, when the Irish Tourist Board (Bord Fáilte Éireann) was established and began encouraging new hotel construction, the development of resort areas, the extension of sporting facilities, and an increase of tourist amenities. The vast majority of foreign tourists come from the United Kingdom, the United States, and elsewhere in Europe, but groups from the Middle East and China are increasingly seen at the major tourist attractions around the country. Ireland received in 2016 over 9,5 million visitors.

Figures from the OECD (Organisation for Economic Co-operation and Development) show Ireland's economic growth to be approximately two to three times that of countries such as France, Germany, the UK and the USA. However Ireland’s GDP figures are difficult to assess as activities by multinational firms taking advantage of Ireland's low corporate tax rate ("leprechaun economics") are distorting the level of economic activity. Thus another indicator called “Modified Total Domestic Demand” excluding aircraft leasing companies and imports of intellectual property has been develop and shows an increase of 4.5% in 2017.

Dublin has been at the center of the county's phenomenal economic growth over the last 10-15 years, when the city observed a constant transformation from one primarily based on agriculture and traditional manufacturing into one increasingly reliant upon high technology industries, financial services and the service sector. During this period, referred to as "the Celtic Tiger", the region has expanded its economy by pursuing a development strategy that focuses on establishing public and private sector partnerships to encourage business start-ups, inward investment and tourism.

Since the establishment of Dublin's International Financial Services Centre in 1987, particularly in "hi tech" sectors such as information technology, digital media, financial services and the pharmaceutical industry, the city have attracted a number of global companies to the city such as Microsoft, Google, Amazon, eBay, PayPal, Yahoo!, Facebook, Twitter, Accenture and Pfizer, which now have European headquarters and/or operational bases in the city; and national public companies such as Irish Élan, Bank of Ireland, Ryanair, Smurfit Kappa Group and Paddy Power, The Irish Stock Exchange (ISEQ), Internet Neutral Exchange (INEX) and Irish Enterprise Exchange (IEX).

Do you have comments or personal information to communicate about this article? Add your comment.
Find links about overview / economy of Dublin and a lot more in The links of expatriation.
Find more definitions and general answers on expatriation issues in the Expat FAQ (Frequently Asked Questions).
Read more...


Go to the Forum to talk more about economy of Dublin, overview.
Search for members in Ireland