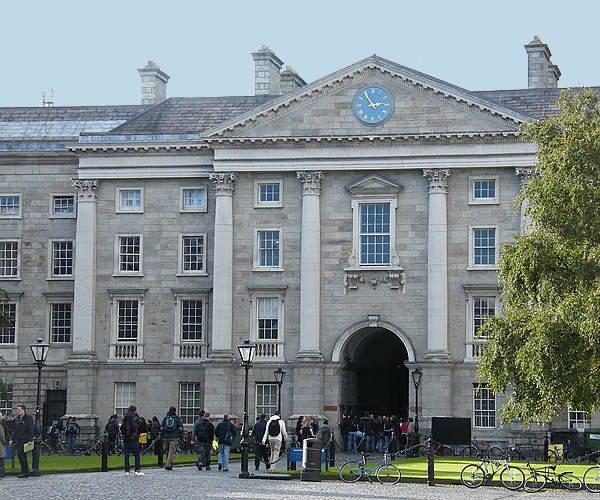 Pubs, Cafes and Restaurants in Dublin

Ireland is well-known for its earthy, hearty meals. Its land is dedicated to its sheep, cows and crops, its coastlines produces amazing seafood, and its chefs are dedicated to preserving and promoting traditional cuisine.

Cafes and Restaurants in Dublin

Ireland's foodie reputation is improving. It is rich in natural products like beef, lamb, and produce and also has an exciting group of Irish chefs re-inventing traditional cuisine.

Here are some of the top restaurants in Dublin:

For a complete guide of more than 200 restaurants in Dublin visit Visit Dublin Guide.

Pubs might be the oldest tradition in Ireland. You will find different pubs: some are for young people, other for old, some for live music, and some for their homey ambiance.

The most famous area for pubs is the area known as Temple Bar. Based around the one and only Temple Bar, the whole area lights up on a Saturday night.

Pub-crawls are a great way to get social with locals, expatriates and tourists. Rowdy, and usually a bit drunken, these can be fun if you are in the mood.

Pub-crawls usually include entrance to multiple pubs or bars in a single night, normally travelling by foot or public transport to each destination, and ending in a club.

Irish food doesn't lend itself to vegetarian fare, but restaurants in Dublin are experimenting with local and international cuisine. Dublin's vegetarian scene is small, but of generally high quality.

Here are the very best options for vegetarians and vegans looking to dine in the old town.

Tap water is safe for drinking, however many Irish prefer the taste of bottled water instead.

Ireland is a beer-drinking country and there are many good quality local beer breweries. Also, craft beers have been becoming increasingly popular.

The most international Irish beers are:

Moreover, Irish whiskey has quite a reputation. The most famous local brands are:

Another popular drink in Ireland, and almost unknown anywhere else, is Poitrín spirit and Bulmer's cider.

Poitín - This intense alcoholic drink was once deemed illegal it is so strong. Elderly people even rub Poitín on their skin to help with arthritis.

Baileys Irish Cream - This famed alcoholic Irish drink began in 1974, combining Irish whiskey with the great tradition of dairy farming. Baileys only uses cream from Irish cows in their product.

The minimum age for buying and consuming alcoholic beverages is 18 years. Off-licence sales of alcohol is only permitted between the hours of 10.30 am and 10.00 pm on weekdays and 12.30 pm to 10.00 pm on Sundays.

In Dublin, as well as some other municipalities, it is illegal for a licence holder to sell alcohol in a closed container (i.e., can or bottle) for consumption. While there is no national legislation prohibiting drinking in public, Dublin local authority has prohibited the consumption of alcohol in a public place.

Do you have comments or personal information to communicate about this article? Add your comment.
Find links about entertainment / pubs, cafes and restaurants in Dublin and a lot more in The links of expatriation.
Find more definitions and general answers on expatriation issues in the Expat FAQ (Frequently Asked Questions).
Read more...


Go to the Forum to talk more about pubs, cafes and restaurants in Dublin, entertainment.
Search for members in Ireland