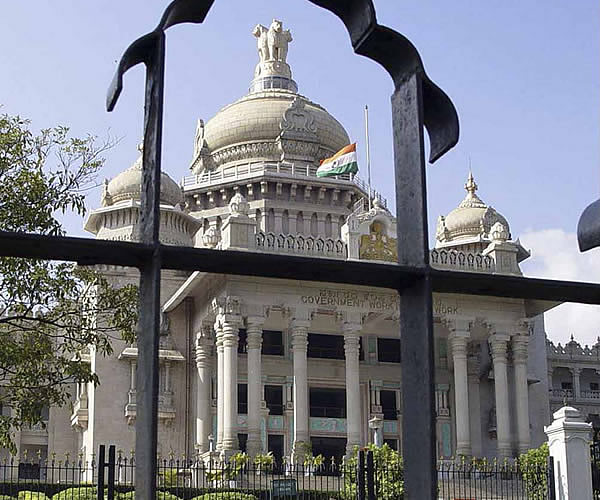 Modern Bangalore was founded by a vassal of the Vijayanagar Empire, Kempe gowda I who built a mud fort and a Nandi (bull) temple in the proximity of the city in 1537. Kempe gowda called this town his 'gandubhumi' or 'Land of Heroes'. The city itself was fought over by many. It was part of the Vijayanagar empire then given to Shahji Bhonsle. In 1687, a Mughal general defeated Shahji's son and sold the city to Chikkadevaraja Wodeyar. After his death, Hyder Ali proclaimed himself the defacto ruler of Mysore and his kingdom passed to Tippu Sultan. It was then incorporated into the British Indian empire when Tippu Sultan was defeated.

In the 19th century, Bangalore became a twin city with one section whose residents were predominantly Kannadigas and the 'Cantonment' section created by the British that was predominantly Tamil. In 1906, Bangalore became the first city in India to have electricity. In 1927, its reputation as the Garden City of India started to grow with an increasing number of parks, gardens and public buildings. By 1961, Bangalore had become the sixth largest city in India. In the decades that followed, it continued to grow its manufacturing base. By the end of the 20th century, Bangalore earned itself a new reputation as the Silicon Valley of India.

India has a long history. The first known permanent settlements appeared over 9000 years and grew into the Indus Valley Civilisation which dates back to 3300 BCE. This was followed by the Vedic period which laid the foundation for Hinduism in the country. India has been ruled by a number of empires and dynasties. The last to rule the country were the British. In the 1920s and 1930, Mahatma Gandhi led a movement of non-violence and civil disobedience. Finally, on 15th August 1947, India gained independence from the British and became a modern nation state.

If you want to move money abroad, from India or to India for example, Fexco provides efficient and secure global bank to bank transfers and bespoke payment solutions for both business and personal clients.

Do you have comments or personal information to communicate about this article? Add your comment.
Find links about overview / history of Bangalore and a lot more in The links of expatriation.
Find more definitions and general answers on expatriation issues in the Expat FAQ (Frequently Asked Questions).
Read more...


Go to the Forum to talk more about history of Bangalore, overview.
Search for members in India


The latest messages posted on the expat forums - Bangalore