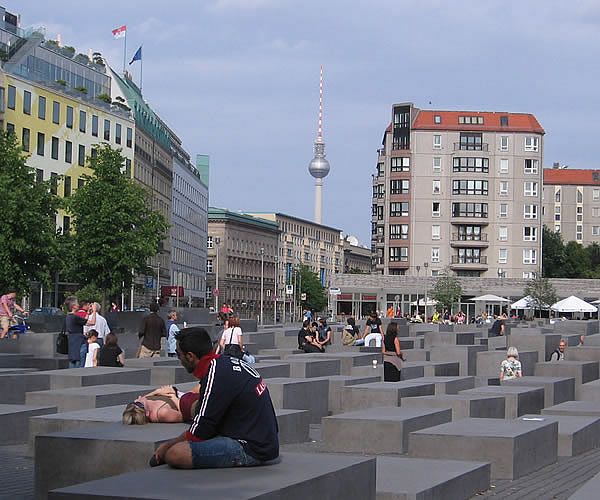 Education and schools are given great respect in Germany. Teachers are paid honorable salaries and university employees are often given higher regard than esteemed businessmen. As an intellectual city, Berlin is particularly focused on higher education and boasts 11 universities, 21 colleges and polytechnics and over 250 research institutes.

The official school year runs between the 1 August and 31 July. Classes begin at 08:00 until 13:30. Afternoons were traditional used for studying (however, afternoon classes are becoming more common). Classes are held in the same room, with teachers moving from room to room. The lessons last on average for 45 minutes and there is a break of five minutes after each lesson.

German public schools are usually without tuition fees. Parents and students can choose the school they wish to attend. All students are required to complete at least nine years of education.

School authorities hold school registration (Schulanmeldung) about six months before students start school. Non-registration is punishable by a fine. The school can provide parents with the relevant application forms. Application needs to be made at the local registry office (Buergeramt) which is part of the Bezirksamt. The department responsible for the allocation of preschool places and school places is called Abteilung fur Jugend und Finanzen.

In Berlin, most children attend kitas (short for Kindertagesstaette) while their parents work. They are also known as kindergartens, a word that has been adopted in the US. The term Vorschule, meaning "pre-school", is used both for these kindergartens and for a mandatory class that is usually connected to a primary school. A kita is basically a daycare, but many have additional offerings like music and art classes, and many now offer a native English speaker and bilingual teachers. They are also an important place for young children to socialize. Entrance into different kitas may be competitive, mainly due to population of the neighborhood. Prenzlaurberg has many young families so it can be difficult to find an opening.

Kitas are usually run by the city, churches, or registered societies, many of which follow a certain educational approach as represented, like Montessori or Reggio Emilia. They are usually open from 7:00 until 17:00. Most kitas include a Kinderkrippe which accepts infants. Tuition is usually at least partially subsidized.

After completing primary school, students have a choice. They can attend: Hauptschule, Realschule or Gymnasium. A child's academic ability usually determines which school they attend, but it is also the choice of the student and parents.

Hauptschule - Offers the same subjects as Realschule and Gymnasium, but at a slower pace and includes vocational courses. During grade ten students study at a vocational training school, and then attend Berufsschule, where they receive further education and apprenticeship training up until grade twelve.
Realschule - Attended up until and including grade ten, students then go straight to Berufsschule. Depending on their academic progress, Realschule students can go to a Gymnasium upon graduation.
Gymnasium - Generally, the type of school for top students. Subjects include mathematics, natural science, and modern language studies. It covers grades five through thirteen and successful scholars receive a degree called an Abitur, which offers university and college preparatory classes, or combined academic and vocational training.
Berlin has also introduced another option, the combined Hauptschule and Realschule.

Most private schools are international schools that teach in a foreign language. There are also denominational private schools for Catholics and Protestants, as well as one Jewish and one Islamic school.

Heinz-Galinski School
A state-accredited private day school, this school is for the Jewish Community of Berlin. Its classes go up to the sixth form. Currently 270 pupils are enrolled in 17 classes, each of which has a maximum of 24 children. The school is open to children of Jewish and non-Jewish backgrounds. Pupils always are accompanied by a tutor during class time and free time, and there are both study and play rooms available.
Address: Waldschulallee 73-75; 14055 Berlin
Tel.: (0 30) 30 11 94-0

To find out more about private schools in Germany, consult the Association of German Private Schools (Bundesverband Deutscher Privatschulen).

Germany places high value on education and though each state has the freedom to regulate it's system, there is a generally high standard. Schooling is also accessible as tuition fees are kept to a minimum. Fees top out at about 500 euro per semester. In addition to the general tuition fees most universities also charge a small administration fee each semester. There is also a penalty tuition for students who overshoot the normal duration of study.

Freie Universitaet
Habelschwerdter Allee 45,
Tel: +49 (0/30) 838-1
Founded after World War II in West Berlin, this is the city's largest university. It offers an impressive range of faculties and outstanding professors and as the name indicates, is tuition free.

Membership is available to state libraries with a proof of residency, passport, and payment of 10 euro for the card. Staff may, or may not, speak English so come prepared. There are also university libraries, but you may be unable to check out books if you are not a student. There is a central website for the libraries.

Berlin City Library (Berliner Stadtbibliothek)
Breite Str 32-36, 10178 Berlin - Mitte
Tel: 90 22 64 01
Times: Mon-Fri 10:00-19:00, Sat 10:00-18:00
With the Gedenkbibliothek, this library makes up Berlin´s central and regional library. It has a stock of 2.3 million media titles covering all fields of knowledge. With approx. 1.7 million visitors annually it is probably the most visited cultural institution in Berlin.

Do you have comments or personal information to communicate about this article? Add your comment.
Find links about education / school system in Berlin and a lot more in The links of expatriation.
Find more definitions and general answers on expatriation issues in the Expat FAQ (Frequently Asked Questions).
Read more...


Go to the Forum to talk more about school system in Berlin, education.
Search for members in Germany