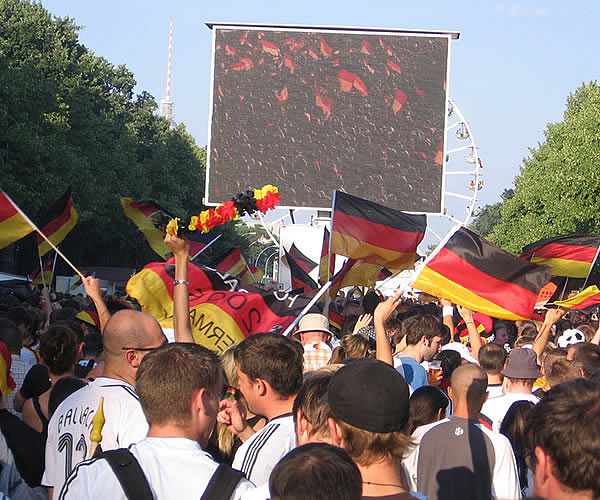 Berlin is "arm, aber sexy" (poor, but sexy) and much of the city's aesthetic revolves around this notion. From the trendy couture shops to the flea markets, Berliner's brilliant innovations can be observed and purchased.

Shops in Berlin are normally open Monday – Friday from 9:00 – 20:00. Smaller shops may close earlier, and grocery stores are often open until 22:00. Shops usually have shortened hours on Saturday and almost everywhere is closed on Sunday. In the build up to Christmas, from early November to mid-December, there are several "Shopping Weekends" with extended weekend hours and openings on Sundays. Some supermarkets located at train stations (Hauptbahnhof, Bahnhof Zoologischer Garten, Friedrichstrasse, Innsbrucker Platz and Ostbahnhof) are open also on Sundays. Spaetkaufs are usually open when other stores are not and offer basic groceries and cold beers for slightly higher prices than grocery stores.

Most stores and supermarkets only accept local EC/Maestro Cards. Smaller shops may only deal in cash.

Kurfuerstendamm, more commonly known as Ku'Damm, is the main shopping street in the West. KaDeWe (Kaufhaus Des Westens) the biggest department store in Continental Europe, is a site in itself. Designer clothes bedeck the bottom floors with small international cafes and a find dining cafeteria in the uppermost floors. Around Savignyplatz there are many different shops.

Unter den Linden and Friedrichstrasse in East Berlin are becoming increasingly developed. There are still the tacky souvenir shops, but there are now many well-known and luxurious fashion houses as well.

Friedrichstrasse is the upmarket shopping street in former East Berlin. There are many well-known designer names in the stylish malls known as the Friedrichstasse Passagen as well as the well-known French department store, Galeries Lafayette.

Some of the most popular things to buy are antiques from the 19th and early 20th centuries, books, and music. Porcelain such as the modern Rosenthal and the local Konigliche Porzellan Manufaktur is also desirable. What really shouldn't be missed are any one of the weird, wacky, and wonderful handicrafts. Whether it be artwork, clothing, or home accessories, a Berliner is sure to have made something interesting.

Dozens of markets (Flohmarkt) happen everyday in Berlin with even more popping up for the weekend. Each market usually has a great selection of food as well.

Do you have comments or personal information to communicate about this article? Add your comment.
Find links about practical life / shopping in Berlin and a lot more in The links of expatriation.
Find more definitions and general answers on expatriation issues in the Expat FAQ (Frequently Asked Questions).
Read more...


Go to the Forum to talk more about shopping in Berlin, practical life.
Search for members in Germany