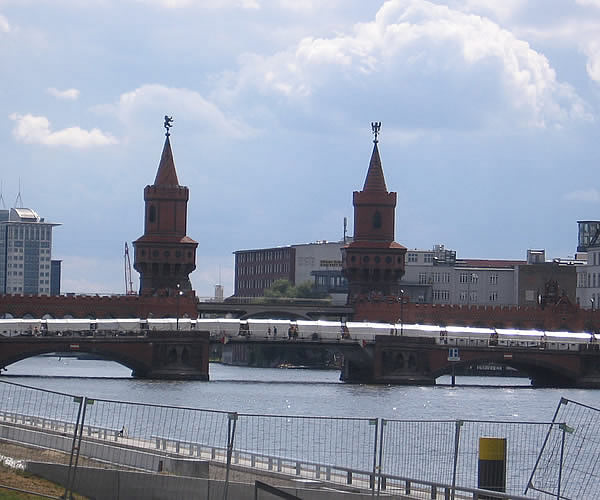 If you own a radio or television you are obliged to pay the TV license fee (Rundfunkgebuehr), This is used to pay for German public broadcasting services. The fee is collected by the Gebuehreneinzugszentrale, known as the GEZ. Though you may be fined for dodging this fee, many people do.

The transmission standard in Germany is PAL B/G. A non-PAL compatible television in Germany will not be able to receive a signal or broadcast sound and picture. Most of Western Europe, Australasia, and Southern Africa use PAL. However, the US, Canada, Japan use NTSC and Eastern Europe and France uses SECAM.

A wide selection of televisions (fernseher) of all prices and types are sold in Germany. There are many electronic stores like Saturn and Megamart, as well as second-hand TVs from Craigslist and EasyExpat classified's.

Programming can be found at http://www.tvtoday.de/tv-programm/.

To receive cable television all you should need is a TV antenna cable. This connects the normal antenna socket on the television, or other receiver such as a video recorder or digital receiver, to the cable socket in the apartment wall. The wall socket is usually installed by an electrician or television technician, but most apartments are already wired. Sometimes the entire apartment block will be subscribed to the service by the landlord. Other times it is the responsibility of the individual tenants to subscribe and have their connection activated. To find out if you are subscribed simply plug your television aerial into the wall socket - if you see cable channels then you know you are subscribed.

Although the range of channels is smaller than satellite, installation is easier and costs are lower. A digital receiver and initial subscription are usually only around 150 euro. Service per month is usually about 25 euro. Also, a cable TV connection usually comes with integrated high-speed internet which is an economic alternative to DSL internet via Deutsche Telekom. About 20 English-language television channels are available on cable. Channels usually include Sky News, BBC Prime, NASN (North American Sports Network), etc.

Packages often include landline and internet service. Satellite television provides the greatest number of English-language television channels. Most satellite dish owners in Germany choose to tune into the Astra 2 satellite. This provides the full range of British channels including all the BBC, ITV, and SKY channels. A 45 to 90cm diameter dish will be able to receive most channels.

The disadvantage of satellite over cable is that a dish is a hassle to install. It also requires a south-facing balcony or roof-space. Even with such a south-facing space your landlord may not approve of a dish installation. Also the initial set-up costs can be higher than cable, usually around 200-400 euro.

Streaming shows online can allow you to watch shows from your home country. However, there is a risk of viruses and it infringes on copyright. An example is Sidereel. There are many other websites like this.

The country code is .de. High speed Internet access is best through a DSL connection and there are many options for telephone and Internet packages. Not all areas have broadband access, but most of Berlin is well wired. Installation can take several weeks as you usually need to be put on a list, than wait for installers.

There is fierce competition in the Internet market in Germany. This is good for the consumer as there is a wide range of companies offering services and promotional rates to new customers. It is advisable to look in detail at exactly what each provider is offering for the money in terms of connection speed, data amount included and any time limits or access restrictions to the Internet. Check also for any contract restrictions which commit the customer for a minimum period of time. It is common to sign a contract for at least a year.

Berlin has internet cafes all over the city that are easy to find. Many of these internet cafes in fact offer a variety of services including laser printing, and multi-player on-line games. Expect to pay around 1 euro per hour.

Internet "hotspots" providing access in areas throughout the city. Many of the wifi hotspots are free, but it is expected that you buy something in order to access it in places like cafes. Chain cafes are the most likely options, like Starbucks, but also look for independent shops that will usually have a sign identifying "wi-fi". The entirety of Potsdamer Platz offers free wifi. WiFi Berlin has an excellent map of wi-fi locations.

Do you have comments or personal information to communicate about this article? Add your comment.
Find links about moving in / tv & internet in Berlin and a lot more in The links of expatriation.
Find more definitions and general answers on expatriation issues in the Expat FAQ (Frequently Asked Questions).
Read more...


Go to the Forum to talk more about tv & internet in Berlin, moving in.
Search for members in Germany