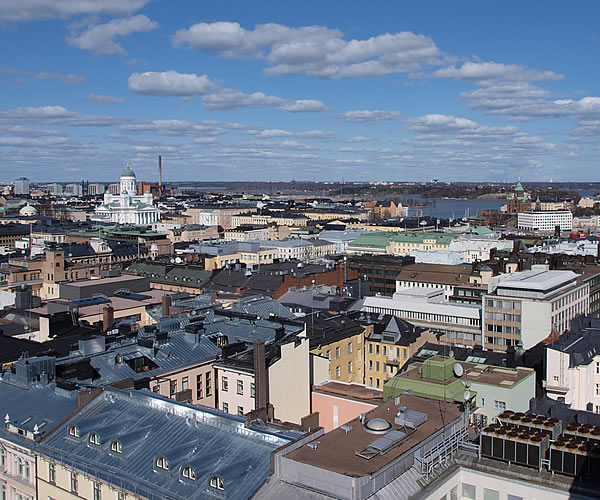 Like all Finnish municipalities, the city council in Helsinki is the main decision-making body in local politics, dealing with city planning, schools, health care, and public transport. The 85-member council is elected every fourth year by municipal elections. The Mayor of Helsinki is appointed by the city council. The post is currently held by Jussi Pajunen. He was appointed for a term of 7 years, starting June 1, 2005. Pajunen was a member of the city council for 8 years, and was the chairman of the city board in 2003-2005. According to local media, the three biggest parties in the council had agreed in the wake of the October 2004 municipal election that the mayor's seat will go to the National Coalition Party. Current Deputy Mayors are Pekka Korpinen, Ilkka-Christian Björklund, Pekka Sauri, and Paula Kokkonen.

Traditionally, the conservative National Coalition Party (Kokoomus) has been the biggest party in Helsinki's local politics, with the Social Democrats being the second biggest. In the 2000 election the Green League, for which Helsinki is the strongest area of support nationally, gained the position of the second most popular party. In 2004 however, the Social Democrats regained that position. Currently these three groups hold about 75% of the seats. The Left Alliance and the Swedish People's Party both have some 7-8% of the seats. The latter's support has declined over the years, most likely because of the diminishing proportion of Swedish speakers. The Centre Party of Finland, despite being one of the three major parties in nationwide politics, has little support in Helsinki reflecting its relatively weak popularity in other large cities.

Seat distribution in the city council

Our network of international removal companies can move your furniture & possessions to Finland and anywhere overseas.

Do you have comments or personal information to communicate about this article? Add your comment.
Find links about overview / politics of Helsinki and a lot more in The links of expatriation.
Find more definitions and general answers on expatriation issues in the Expat FAQ (Frequently Asked Questions).
Read more...


Go to the Forum to talk more about politics of Helsinki, overview.
Search for members in Finland


The latest messages posted on the expat forums - Helsinki