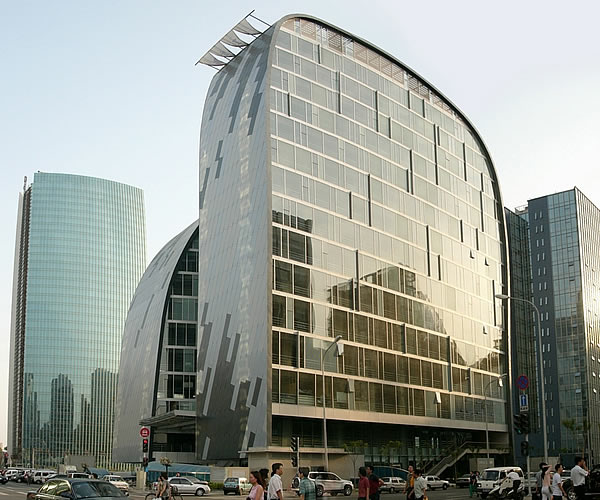 Since the founding of the People's Republic and until the 1980s almost all media in China were state-run. State-run media outlets include Xinhua,CCTV, and People's Daily.

Independent media that operate within the PRC (excluding Hong Kong and Macao, which have separate media regulatory bodies) are no longer required to strictly follow journalistic guidelines set by the government. Regulatory agencies, such as the General Administration of Press and Publication (GAPP) and the State Administration of Radio, Film, and Television (SARFT), continue to set regulations on subjects considered taboo by the government. These include, but are not limited to, the legitimacy of the Communist Party, government policies in Tibet and Xinjiang, pornography, and the banned spiritual group Falun Gong.

Television broadcasting is controlled by China Central Television (CCTV). It has 16 program channels and is the country's only national network. CCTV employs about 10,000 people falls under the dual supervision of the Propaganda Department and SARFT. CCTV produces its own news broadcasts three times a day and is the country's most powerful and prolific television program producer. It also has a monopoly on purchases of programming from overseas. All local stations are required to carry CCTV's 19:00 main news broadcast. An internal CCTV survey indicates that nearly 500 million people countrywide regularly watch this program. However, it has only about 30 percent of audience share over the national territory.

Beijing Television (BTV) broadcasts on numbered channels 1 through 10. CCTV 9 is an English channel available 24/7 in most cities. CCTV 4 has a short newscast in English every day.

Called "enhanced cable", this service can be purchased through the regular cable TV provider. It is common for channels to mysteriously go dark on occasion.

The basic package costs 72 RMB for 6 months of service. For an expanded package subscriptions cost 216 RMB a year.

Widely available, satellite dishes pull in programs from Hong Kong and Taiwan. The signal offers access to shows in the US, UK, and the rest of the world. Reception is good, but sometimes the weather disturbs the signal and the network goes down.

Government entities like the Ministry of Machinery Industry and the military services often produce dishes outside allowable quotas and guidelines and then sell them illicitly to customers. Efforts by the Ministry of Radio, Film, and Television to halt this practice have been ineffective, mostly because of the large profits involved— people selling dishes make up to 50 percent per dish.

Most people buy a dish and a hacked box from a local provider which is not technically legal. The dish and box are usually between 1,500 and 3,000 RMB, and after a do-it-yourself installation you are able to watch satellite programs. Sometimes an annual online subscription is available for automatic updates to the hacked box.

Streaming shows online is very popular. There is slack policing of copyrighted material on Chinese video sharing network, Youku.com. Users upload virtually anything and only occasionally do videos get taken down for copyright infringement. The site is in Chinese. There are many other websites like this.

China has more Internet users than any other country in the world. It is estimated that more than 250 million people in mainland China now have Internet access. Unfortunately, access tends to be quite slow and censorship can be quite frustrating.

The Chinese government has been quite oppressive on internet censorship. All existing Internet services are under the jurisdiction of the Ministry of Posts and Telecommunications, the Ministry of Electronics Industry, and the State Education Commission. They actively establish firewalls, limit the contents of home pages, and block access to certain Internet sites through routing filters. Difficulties in internet access in China has been called "Great Firewall of China". Sites blocked include (but are not limited to) pornographic, political, and social media sites. YouTube, Facebook, Twitter, Angelfire, LiveJournal, Xanga, Blogspot, WordPress, Picasaweb, and Dropbox are all banned. Webpages that contain sensitive keywords may trigger the censorship system, called the Golden Shield. These will result in the message "your connection is reset". Censorship is often tightened during certain sensitive periods, such as the annual meeting of China's parliament in March, or anniversaries such as the National Day in October and the Tiananmen massacre in June.

Hotmail, Yahoo, GMail and other web-based email providers are readily accessible from any PC though GMail, but they may be intermittently blocked. The same sometimes goes for international news sites such as BBC, CNN, Reuters and The Economist.

Most people utilize proxy servers. Some sites may still be blocked, but it offers much greater freedom. but even then, most sensitive political issues will be blocked as the contents are not encrypted. Other ways to bypass censorship include downloadable software such as Freegate, Tor, and Psiphon. These introduce certain levels of encryption, and therefore so-called sensitive content can be seen. These should be downloaded before entering China as access to their official websites are blocked. Yet another way is to use a VPN (Virtual Private Network) which usually provides users with more stable and reliable access to banned websites for a small fee.

Most expats use government owned China Telecom. The majority of these people also have ADSL internet.

For wireless internet, you can purchase a wireless modem at most media centers. They are about 150 RMB. Instruction may be entirely in Chinese so make sure you are comfortable or have help when setting up.

Internet cafes (wangba) can be found anywhere in China. However, most are dedicated to gaming. Access is generally cheap at about 1-6 RMB an hour. Cafes are supposed to require users to show identification (passport), but enforcement varies by region. Traffic may be monitored.

Additional services like printing or burning a CD is not commonly available. They are also quite expensive if you do find a shop that offers it. Look for fuyin meaning "photocopy". These shops may or may not have Internet access so bring your materials on a flash drive.

Many cafes and shops offer wifi. These include: Starbucks, Lavazza, Shangdao Coffee, UBC Coffee, Ming Tien Coffee Language, SPR, and Blue Mountain Coffee. It is expected that buy something in order to access it.

Our network of international removal companies can move your furniture & possessions to China and anywhere overseas.

100% Work in China
Chinese government is blocking VPN. So some VPNs cracked down by Chinese government. Before moving into China, pick one VPN 100% work in China. Highly recommend FlyVPN. It is the only one working for me. Start free trial w/o credit card https://www.flyvpn.com/freetrial

VPN for China
As I went to China, I tried using many VPN services. But you know what, the most trusted service I've gone through is the http://www.sunvpn.net/ . This has satisfied me in bypassing the internet filters. It connects from behind restrictive firewalls.

tv and internet
i would recommend also http://monvpn.com for watching french tv abroad, and their SSTP and own private DNS servers should work fine in China and other countries censuring internet.

VPN is much better than proxy
Yup, VPN is a must for all China expats. I tried to use some proxies, but they`re kind of slow, if you can find one that`s not blocked... Right now I`m using http://www.highspeedvpn.com/ to get on FB, YouTube etc.
Do you have comments or personal information to communicate about this article? Add your comment.
Find links about moving in / tv & internet in Beijing and a lot more in The links of expatriation.
Find more definitions and general answers on expatriation issues in the Expat FAQ (Frequently Asked Questions).
Read more...


Go to the Forum to talk more about tv & internet in Beijing, moving in.
Search for members in China