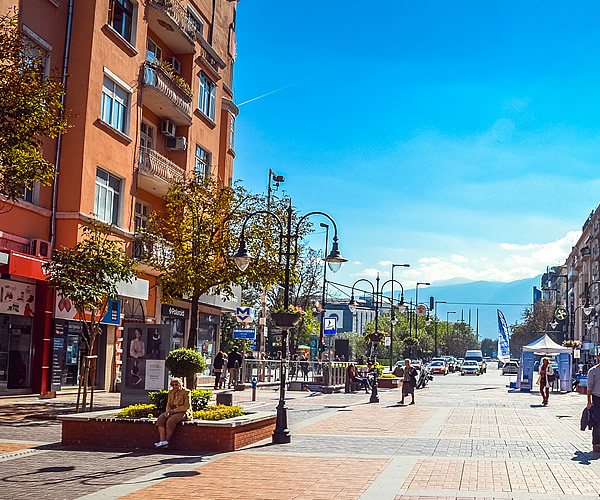 Digital, satellite, and cable broadcasting is popular throughout Bulgaria. Many of the television networks are in Bulgarian, but you can find some channels with English subtitles or in English with Bulgarian subtitles or dubbed in Bulgarian. There are a large amount of networks that are available through cable and satellite providers.

CabelTEL is a cable operator that provides both analogue and digital TV to households around Bulgaria. The digital package includes 150 television programs, pay-per-view, and on-demand video.

Internet TV is a good option to Cable TV and is offered through most Internet providers. It can cost significantly less than Cable TV and is added to your internet bill.

Bulsatcom and ITV Partner are the providers of satellite television in Bulgaria. They sell a range of individual and combined digital TV packages based on your preferences and budget. Channels include sports, news, movies, and more.

To sign up for satellite television, you can contact one of the two providers by phone or visit the business in person. The satellites can be installed by the company or by yourself. The costs can vary between 10 to 35 Euro a month.

In Bulgaria the speed of the internet can be very fast or painfully slow depending on where you are in the country. Varna is known for bad internet speeds due to the large expat population and some smaller cities have some of the best internet speeds in the whole country.

Overall, the internet is very good. It is ranked 22nd in the world for fastest internet. The closer you are to a city, the more likely you will have access to internet and a faster connection.

The price for internet depends on if you buy it on its own or with a cable package. A stand-alone subscription will cost around 16 BNG to 70 BNG per month depending on usage and the package bought.

Top Internet Providers in Bulgaria are:

Once you have applied for internet connection, the company will tell you possible dates to select from for instillation. Usually there is a 4-hour window where the technician will come by to set it up. Installation might cost several hundred euro depending on the equipment required.

Since many restaurants and cafes offer free Wi-Fi, Internet Cafes have lost popularity throughout the years, but are useful for those who need to use a computer.
Popular Internet cafes in Sofia:

Address: Todor Alexandrov Blvd, Arena Complex
Rates per hour are 0.13 -2.99 BNG (depending on package and time).

The W-Fi in Sofia is fast, available, and reliable. Many restaurants and cafes offer free Wi-Fi and have a sticker outside the door advertising it. Most are password protected, but the password can be received by inquiring the staff.

There are hundreds of hotspots throughout Sofia and it is free of charge. Check net365 for locations of the hotspots.

Do you have comments or personal information to communicate about this article? Add your comment.
Find links about moving in / tv & internet in Sofia and a lot more in The links of expatriation.
Find more definitions and general answers on expatriation issues in the Expat FAQ (Frequently Asked Questions).
Read more...


Go to the Forum to talk more about tv & internet in Sofia, moving in.
Search for members in Bulgaria